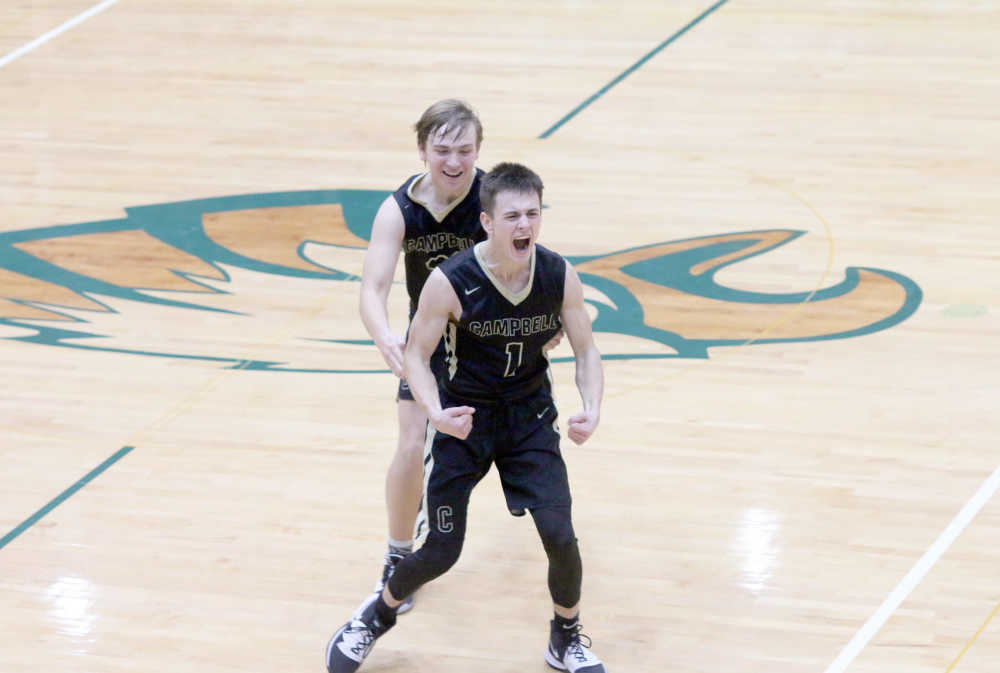 NEW MADRID, Mo. — Hands clenched and jumping in the air was how Campbell’s Blake Fowler reacted after knocking down the game-winning jumper against New Madrid County Central on Saturday afternoon at the Riverbend Shootout.

The junior finished with 29 points for the Camels, and, to him, he didn’t think he would get that great of a look at the basket in the end, in Campbell’s 67-65 win.

“I was scared,” said Fowler on how he felt leading up to his shot. “We had a turnover that cost us the shot that they scored on. So, I was coming down, and I thought we were going to have to throw up a shot, and I just took it down the floor and got a shot off. I didn’t think I was going to be able to get it off because they were all trapping me. I guess I don’t know how I got that off.” 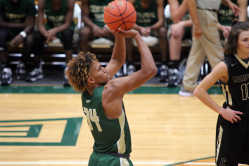 Leading up to Fowler’s shot, NMCC senior Ke’Von Williams converted on a pair of free throws to bring the Eagles to within two points at 65-63.

As Campbell was inbounding the ball, though, the in-bounder couldn’t find the open man, and NMCC (0-2) capitalized on a critical defensive stop. The Eagles stole the ball, and senior Bryshawn Williams did the rest, as he sank a mid-range jump shot to tie the game to send the New Madrid County Central fans into a frenzy with eight seconds left.

Leading by double-digits from the second-to-third-quarters, it seemed as if the Eagles were going to close the Camels out in the fourth and earn their first win of the season.

NMCC led by 14 at halftime and 10 heading into the final period.

“I was super proud with the way they battled,” Campbell head coach Steve Fowler said. “After we got down big, we got down 17, I believe at one point, and our kids had enough inside of them to say we’re going to keep battling and just gritting it out on defense. I thought we played tough at times defensively; we were able to get a few stops.”

With 2:02 left in the game, Campbell retook the lead on a layup by Charlie Parker after the Camels forced the turnover.

Marcelous Phillips then got to the free-throw line, but only hit one of his two attempts to cut the lead to one, at 61-60.

After Blake Fowler then gave the Camels a 63-60 advantage on a pair of free throws, Phillips had another chance to cut the lead to one. He made only one of the two attempts, again, to make the score 63-61.

Fowler — who scored 14 points in the fourth quarter — would then give Campbell a four-point cushion, at 65-61, with 18.7 seconds left.

Overall, it was a loss that head coach Lennies McFerren would surely like to have back. 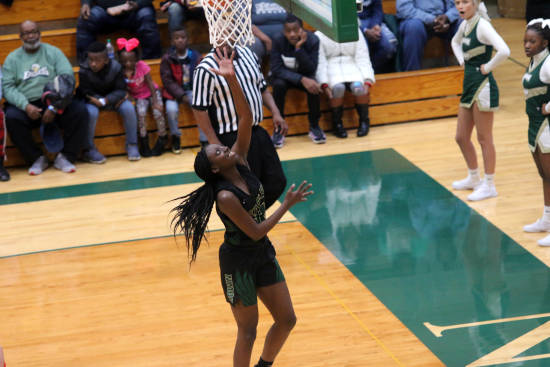 NEW MADRID, Mo. — From the game’s opening tip to the final buzzer sounding, the Dyer County girls’ basketball team was not going to let-up on NMCC at the Riverbend Shootout.

The Lady Choctaws held a 28-8 lead after the first quarter. A quarter which saw them force the Lady Eagles into 17 turnovers, in their 86-51 win.

From that point, Dyer County was up 36 at halftime and 35 heading into the fourth quarter.

NMCC (1-2) finished with 32 turnovers, with the pressing defense of Dyer County being the most significant problem to solve.

“They did to us what we’re used to doing to other teams,” NMCC head coach Toby Heeb said. “We haven’t handled the pressure very well this week. We did the same thing with Jackson Tuesday, and we come out, and our No. 1 talk before the game was taking care of the ball; limit turnovers. We came out, and we didn’t handle it very well. We’re just going to have to apply more pressure in practice.”

Shakyra Wright led NMCC with 17 points. Jamiya Caldwell-Newson was the other double-digit scorer for the Lady Eagles, with 11.

NEW MADRID, Mo. — A big fourth quarter was the difference for Charleston against Covington on Saturday.

Travontae Powell led all scorers, with 26 points. Tyjuan Smith and Tyric Winfrey each added 12 while Martez Logan had 10.