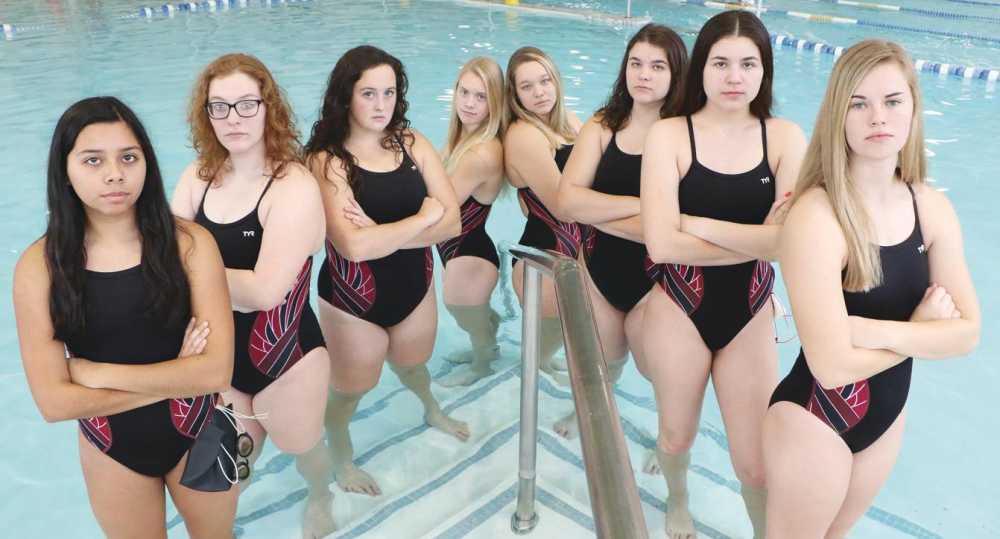 With three-fourths of the legs back for its state-qualifying relays, the Poplar Bluff girls swim team is seeking a replacement for an all-state swimmer.

“We’re kind of up in the air,” Mules coach Beth Lewis-Muse said.

Fortunately, there are plenty of options among 20 returning lettermen.

Paige Bradley and Audrey Cisne return after qualifying for state as individuals last season while also helping a pair of relays reach the consolation finals at state. Simone Anders, Olivia Kirkman and Carly Wiseman also return after helping the Mules place 19th as a team at state.

It was the seventh straight year that Poplar Bluff scored a point in the state championship meet and the fourth time the Mules finished in the top 20. They also placed second in the conference meet for a third straight year.

To continue that success, the Mules look to a large senior class.

“This is a very versatile group of seniors,” Lewis-Muse said.

Some of the newcomers to the program have swimming backgrounds.

“We were kind of expecting to do a lot of teaching (in practice),” Lewis-Muse said. “But now it’s just reminding and we’re moving right along.”

The Mules open the season Tuesday by hosting Notre Dame and Saxony Lutheran at the Black River Coliseum Aquatic Center. Poplar Bluff’s next home meet is not until Jan. 7.

The team held a mock meet earlier this week as the search for a fourth leg on the medley and 200-yard freestyle relays heats up.

All of the returning swimmers have previous times in all of the various strokes with nine having competed in the 500 freestyle.

“There’s going to be a lot of switching around and the senior group is amazing in that they accept that challenge really well,” Lewis-Muse said.

Bradley nearly reached the final in the individual 50-freestyle, placing 11th in 25.15 seconds as the top eight all broke 25 to advance. Bradley was 10th overall in the finals.

Cisne qualified for state in the backstroke and had a consideration time in the 100 freestyle but did not make the cut.

The qualifying time was lowered in the 100 freestyle by nearly a second, but the rest of the targets to qualify for state remain the same.

A move up to Class 2 this season could make qualifying for state tougher, Lewis-Muse said, adding, “They kind of understand that we can’t be making it on consideration (times).”

Editor's note: This story has been updated to reflect that Grace Cram is a returning senior. The DAR regrets the error.