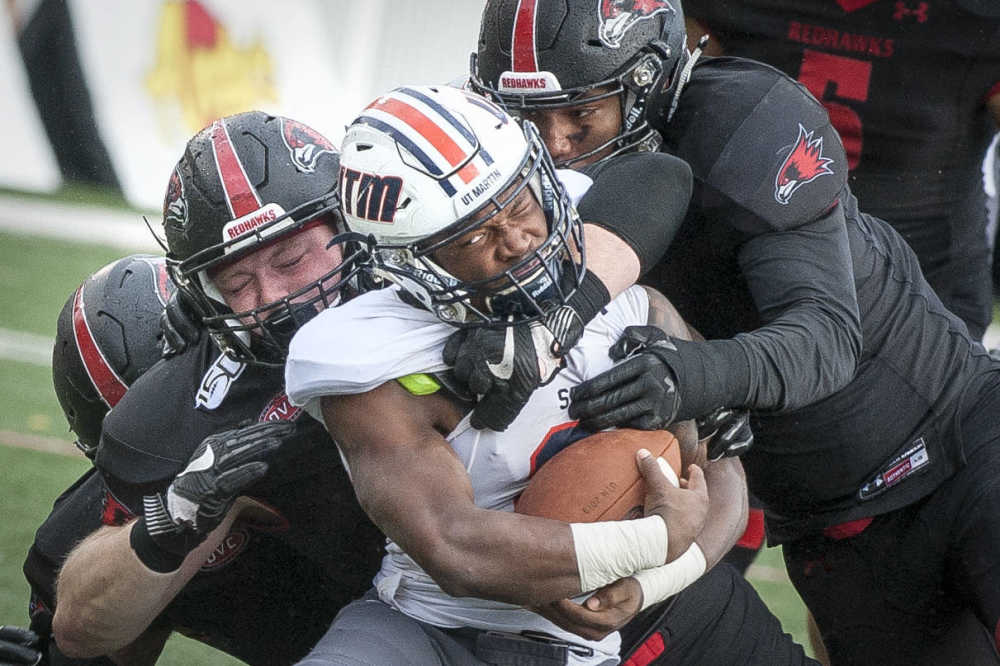 “I nominated him for all-conference,” Matukewicz said of Avery. “I really feel like he is going out and playing his best football.”

The same could be said for the Redhawks, who have begun to hit their stride in several areas of play as the weather turned.

Southeast fans could point to several areas in which Southeast has been solid of late, but none more so than its ability to contain the opposition’s run game.

In four of the Redhawks’ last five games, the opponents have failed to gain more than 93 yards on the ground.

“I think we’ve been up and down,” Matukewicz said of the season and his team’s ability to stop the run. “At times, we’ve been fabulous. Then there are times we’ve given up some yardage.”

In terms of Illinois State and its ability to run the ball, it has mostly been “fabulous.”

The Redbirds have gained anywhere from 112 to 353 yards (not a typo) in 9 of their 12 games and senior James Robinson is the reason why.

“They probably have the best running back in the entire FCS,” Matukewicz said. “I’m sure he is one of the highest-rated (NFL) draft picks (in FCS).

“It starts with him.”

“They play a lot of heavy sets (offensively),” Matukewicz said. “They have bigger people in the game. They are going to try and really pound it.

“If you can’t stop it, there isn’t much you can do. You can’t blitz it or stuff like that, because that is how it rips on you.”

No one has “ripped” on the Redhawks lately.

Southeast finished as the third-best team in the Ohio Valley Conference in run defense in allowing 138 yards per game.

There is no bigger defensive lineman in the Southeast rotation than Avery.

The 6-foot-4, 320-pound behemoth has evolved with each passing sunrise this season.

“I talk to the seniors about what it says about your character leaving the game of football playing your best,” Matukewicz said. “That is what Josh Avery has done.”

After transferring from Independence Community College last season, Avery’s impact has been a process.

The noseguard had just 11 tackles, one being for a loss, last year. However, he has increased those numbers to 25 and six this season.

“He is a real force in there,” Matukewicz said. “People aren’t able to solo him up with the center, so he draws a lot of double-teams so guys like (linebackers Zach Hall and Justin Swift) can get to the ball carrier.”

The numbers are as clear as can be in analyzing this game for Illinois State.

The Redbirds are 8-0 this season when gaining more rushing yardage than their opponent.

When they don’t? Illinois State is winless in four games.

“It’s just an old-school, fundamental (offensive plan),” Matukewicz said. “It will be interesting to see how we hold up.”