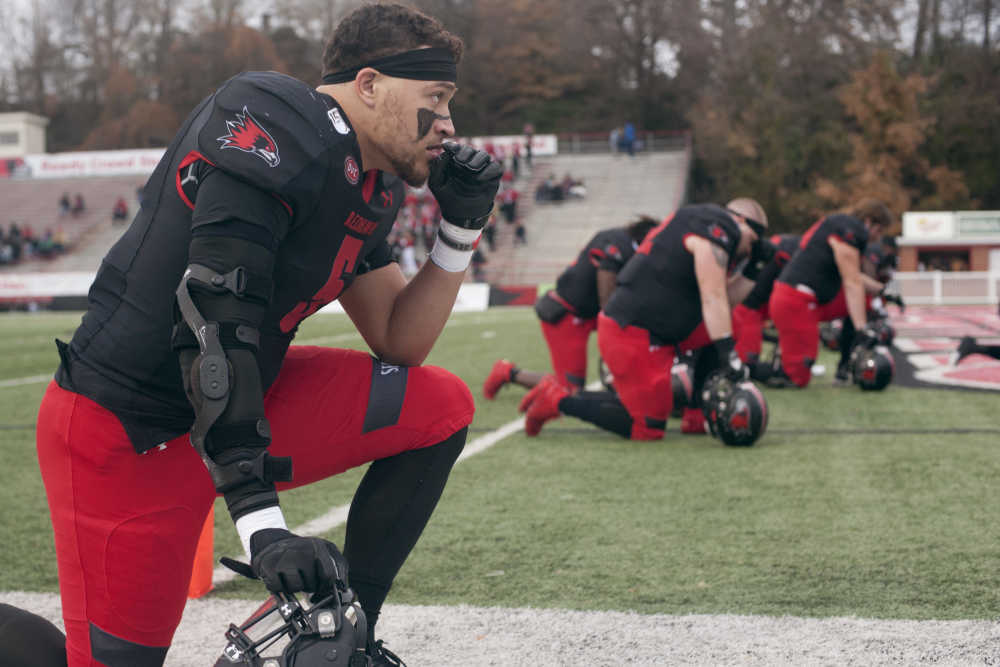 In the final minutes of its recent 31-24 loss at Southeast Missouri State, the Murray State football squad had the ball at midfield with an opportunity to put together a game-tying drive.

Following a 10-yard pass for a first down into Redhawk territory, Murray’s talented young quarterback was pressured into throwing short, a play that advanced the ball just two yards.

Redhawk defensive back Lawrence Johnson got the statistic on the play because he made the tackle, but who didn’t get any recognition was the Southeast defensive line, which created pressure on the Murray State backfield.

Who else didn’t get any credit were the other Southeast defensive backs, including cornerback DJ Freeman, who blanketed their targets to the point they couldn’t be thrown to.

“Statistically,” sixth-year Southeast coach Tom Matukewicz said, “we are not going to ‘Wow’ anybody, because a lot of the things we are really good at, there aren’t stats for.”

Here is a statistic to take into consideration: nine victories.

Here is another: a postseason berth.

The Ohio Valley Conference announced its postseason football awards Tuesday and several Southeast Missouri State players were recognized, but not to the degree they should have been.

“I look through this all-conference list,” Matukewicz said, “and I’m disappointed our players didn’t get more of those awards. It’s just kind of this team.” 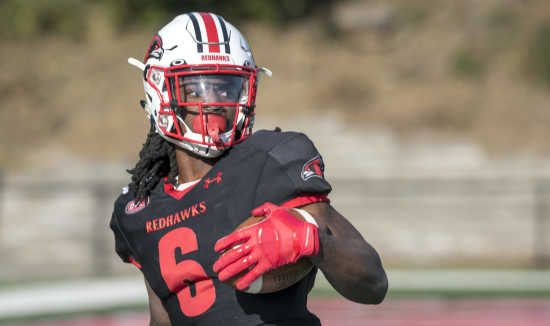 What “this team” is comprised of are players that do their jobs each day at a very high level regardless of the recognition or lack thereof, so they won’t say squat about this topic. But Matukewicz and I both will.

There isn’t a statistic for drawing a double team along the defensive line, so a play designed to gain six yards only gains three. That is what Redhawk nose guard Josh Avery does.

There isn’t a statistic for covering a receiver like a dog on a bone to the point the quarterback doesn’t even contemplate throwing in that direction. That is what Freeman does.

There isn’t a statistic for consistently putting a punt exactly where the coaches called for it to be placed, which sometimes is short or even out of bounds. That is what Jake Reynolds does.

“I’m just proud of these 17 seniors,” Matukewicz said, “who basically willed us to a championship.”

THAT is the recognition that matters most to the Southeast players, the fact they are still practicing. However, it doesn’t diminish the lack of recognition that Redhawk players such as linebacker Zach Hall and wide receiver Kristian Wilkerson were shown by not being named as the league’s Offensive and Defensive Players of the Year.

This isn’t to disparage the recipients, Tennessee State athlete Chris Rowland and Eastern Kentucky defensive lineman Aaron Patrick, both are tremendous players and had great seasons.

But how valuable was Rowland? His team won two conference games.

How important to the success of the Colonels was Patrick? His coach just got fired.

Hall and Wilkerson have spent the past two seasons putting up phenomenal statistics individually AND helping their team win more games than any other in the league.

When Southeast visited Tennessee State this season, Wilkerson scored on a reception less than five minutes into the game. Rowland didn’t reach the end zone until his team was down 32-7.

Who was more valuable? Isn’t there something to be said for having success? 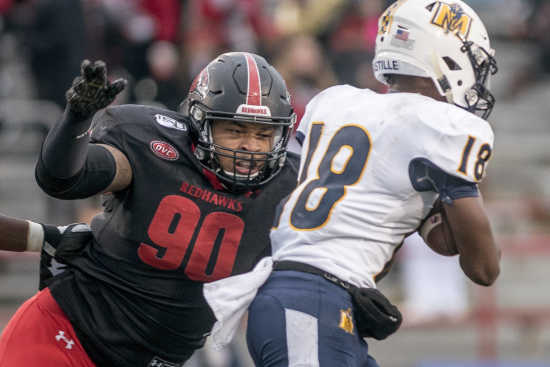 Eastern Kentucky held OVC opposition to an incredible 90.5 yards rushing per game this season, in large part due to the ability of Patrick, who again, is great.

But when the Colonels lost at Southeast earlier this month, the Redhawks ripped through that defense for 171 yards on the ground and nearly 500 total. Oh, by the way, Hall had more tackles (11) in that victory than anybody else on the field.

Hall and Wilkerson were both named to the league’s First Team, so it isn’t as if the voters doubted their abilities. And Redhawk offensive lineman Elijah Swehla (first team), linebacker Justin Swift and defensive back Bydarrius Knighten (each second-team selections) were also recognized.

But actual success on the field needs to be taken into stronger consideration and players such as Johnson, Freeman, linebacker Bryant Pirtle, and Reynolds deserved their due after having tremendous seasons.

“I look through this season and how many fourth-quarter games we were in,” Matukewicz continued, “and we were able to get those wins and a share of the OVC championship, which is what this whole original mission is about.”

Matukewicz is correct about the “mission” being about team success. Football is not an individual sport. And that is exactly my point in writing this column.

Accolades need to be doled out to those that achieve the purpose of participating in this sport. But this Saturday, that won’t be the case. The honored have cleaned out their lockers, while Hall and Wilkerson will be suiting up – again – in front of theirs.

Tom Davis is the regional sports editor for Rust Communications. He oversees the sports content for Semoball.com and the Southeast Missourian.