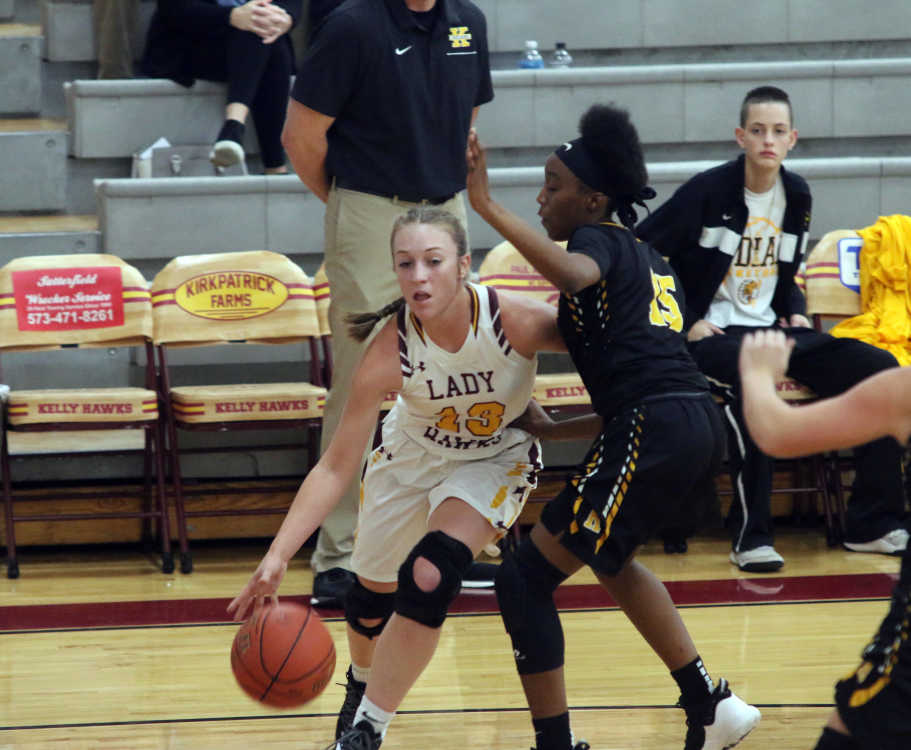 BENTON, Mo. — With seconds remaining and Kelly trailing by three, head coach Darrin Pruitt had a play in-mind that ensured his best player touched the ball.

Alaney Moore wound up getting the final shot off but missed a chance to send the game into overtime, as Kennett (1-0) grabbed the miss and secured a 40-37 win.

“We were going to try and tie up the ballgame,” Pruitt said. “We had a play set up twice, and they didn’t execute the play the first time. So, then we had that minute left, and we tried it again. We did get a shot off there toward the very end; it just didn’t fall for us.”

Moore was excellent the entire night. She finished with 22 points, on 10 of 19 shooting, and 19 rebounds and was the most dominant player on the court from start-to-finish.

Moore’s ability to use her body to her advantage made it tough for the Lady Indians to game plan. She was continually around the rim, gathering up missed shots and then turning them into points.

Perimeter shots weren’t on Moore’s mind, but when the Lady Hawks needed a big shot — as they did when they were down 38-32 late in the fourth quarter — she came through with one from behind the arc.

In the end, turnovers and lack of contributions from teammates hurt Kelly (0-1) when it mattered.

Kelly finished with 24 turnovers — 15 in the first half.

“These guys haven’t been used to playing together,” Pruitt said. “These sophomores actually played mostly JV last year. So, a lot of our girls, they have to still get used to each other in these game settings. That was probably part of our turnovers. They’ll get it figured out for sure.”

No other Lady Hawk scored in double-figures, with junior Allison Owens being the next closest, with eight points. Sophomore Elly Pattengill finished with three, while senior Mallory Glastetter and sophomore Allison Riley each had two.

Spreading the scoring around the lineup is what Kelly lacked, and was a key reason for Kennett winning.

“We got to be more well-rounded,” Pruitt said. “If you look at Kennett’s scores, they had one girl in double-digits, and everybody else scored some points. That’s kind of what we got to do, but like I said, we are a very young team. We got one senior that’s played.” 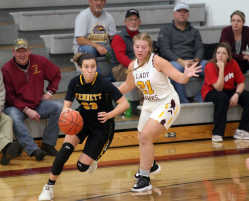 Junior Caroline Patton led Kennett with 10 points on 5 of 11 shooting while hauling six rebounds. She was the only Lady Indian to reach double-figures in scoring.

However, everyone else around her did their part, as the rest of the team combined for 30 points. Sophomore Annelle Harris and junior Kaniya Madlock each had six, while freshman Taleigh Harrell had five. Senior Mallory Morrow and junior Katara Raiford each had four, while freshman Lani Heeb added three, and sophomore Ara Spielman had two.

Kelly returns to the floor on Tuesday, when they play at Malden. Junior varsity starts at 6 p.m., with varsity to follow.