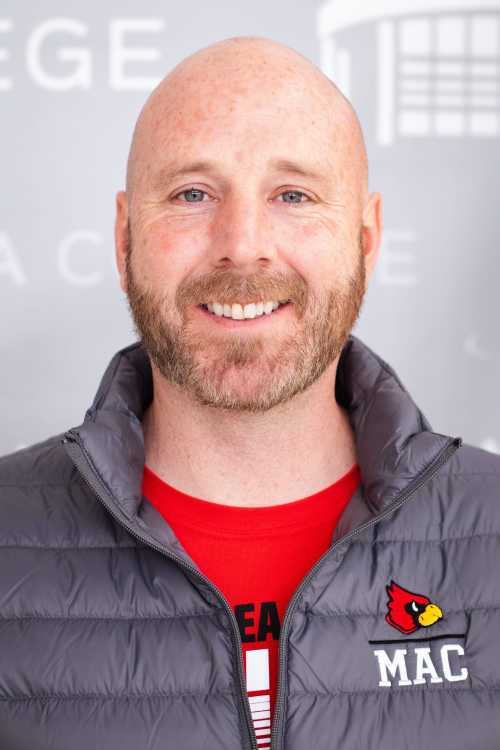 Except in the United States, soccer is extraordinarily popular, with participation from much of the world — Cameroon to Cuba, Indonesia to Israel, South Africa to Scotland.

Soccer — football as it is known outside of the U.S. — continues its steady growth in America.

Dan Martin, the ex-Cape Girardeau Central coach and ex-Notre Dame assistant coach, may be the latest proof positive of this trend.

“It’s a lifelong goal,” Martin said, “to work full-time in this sport, be a head coach, and to do it in college.”

Martin coached high school soccer for a dozen years locally – mostly at Cape Central but also for a single season at Notre Dame.

“I told myself I’d spend about a decade in high school and then try to make the jump to college,” Martin said.

As fate would have it, it was an alma mater that helped Martin make the initial leap to the next level.

State Fair Community College in Sedalia brought back its soccer program in 2017 after a long absence.

Martin soon found himself on the sideline there — first as an assistant coach, then as associate head coach.

“I was happy to be part of (soccer’s) renewal (at State Fair),” Martin said, noting that he saw first-hand what it took to get a program off the ground.

Ironically, Martin was on State Fair’s team when the administration abruptly pulled the plug on the sport in 2001.

The team had a 14-1 record but due to the discovery of illegal players on the roster and certain coaching irregularities, the program was disbanded halfway through the season.

Aware of Martin’s State Fair experience and his extensive work as a high school coach and a player at multiple levels, Mineral Area College hired him to begin men’s and women’s soccer at MAC beginning with the 2020-2021 academic year.

MAC, a community college, already offers basketball and cross-country for both genders, volleyball and softball for women and baseball and golf for men.

According to the college’s athletics website, soccer is being added at MAC in recognition of soccer’s “growing popularity” and as a “strategy to increase enrollment” at the two-year school.

The MAC administration has told Martin to recruit student-athletes who can “compete not only on the field but in the classroom.”

“A major objective is retention – to get students to come back and finish their associate degrees,” Martin said.

“By year two or three of soccer, we’ll start looking at wins and losses.”

Eventually, Martin would like 24-30 players on both squads and to offer six scholarships.

MAC will play in Region 16 of the NJCAA (National Junior College Athletic Association) and MAC is a Division II program.

“It’s a tough slog recruiting in Division II,” said Martin, “because unlike Division I, we can’t offer full-tuition scholarships or athletic money for housing.”

Martin said MAC will make extensive use of A+ scholarships to fill the void.

Martin, who started in community college at State Fair, went on to get a four-year degree in 2003 at the University of Louisville.

He has played club soccer in his hometown of St. Louis and has played internationally – spending a year in Motherwell, Scotland.

The MAC job, Martin says, is ideal because the campus is roughly halfway between St. Louis, where he grew up, and Cape Girardeau, the scene of so much of his coaching life.

He proclaims himself comfortable in a Division II setting, despite the financial challenges of a smaller program.

“Division One jobs are on the line all the time,” Martin said.

“In (MAC’s) division, you’re not on the hot seat and our athletic director, Jim Gerwitz, does not have a win-at-all-costs mentality.”

Asked for the kind of player he’d like at MAC, Martin singled out former Notre Dame goalie Abby Rollet.

Rollet, now a softball player at Southeast, was put on the Redhawks soccer roster as an emergency addition earlier this month to play goalie for one game – the OVC semifinal against SIU-Edwardsville, which Southeast lost, 2-1.

“I thought what Abby did was unbelievable,” Martin said, “to step into that role for Southeast.”

Especially for the women’s game, Martin said, “finding a (goal) keeper is essential – one that is well-trained and with technical skills.”

Martin’s family continues to reside in Sedalia while he works on creating a soccer culture in Park Hills.

“My wife, Diana, is expecting our second child – a boy – in January, so she’ll join me after.”