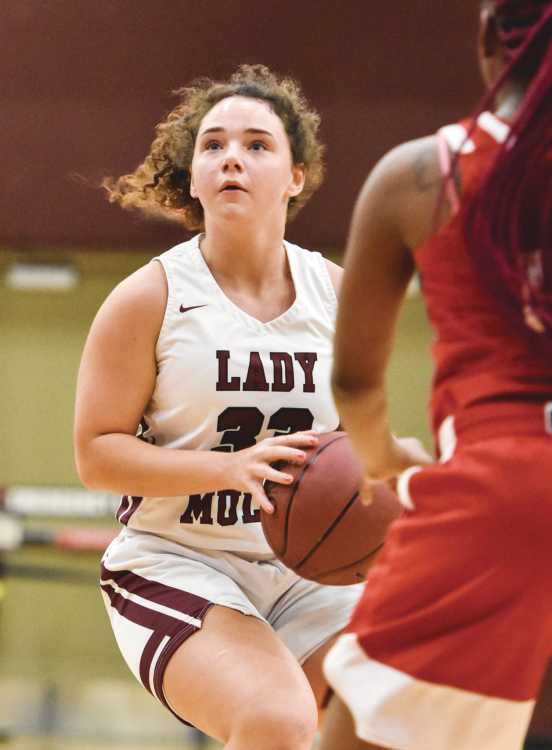 The Mules kept Roosevelt off the scoreboard for the opening 13 minutes, 5 seconds and didn’t give up a field goal until the very last second of the opening half in a 68-11 win at the Senior High Gym.

Kiley Bess, entering her senior season already as the career scoring leader for the girls program, in the scored the first 10 points of the game and finished with 20, one of a dozen Poplar Bluff players to score. Keke Hardaway and Emma Johnson each added eight points while Sierra Sievers chipped in six for the Mules, who led 30-0 after one quarter. 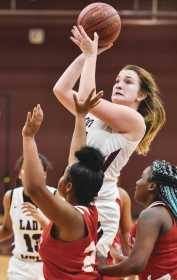 “We jumped out there and played hard early and did things we were suppose to,” Mules coach John David Pattillo said. We just got up on them and asked our girls to execute what they were doing and we worked on a few things.”

Earlier this week, the Mules learned they were the third seed for the upcoming SEMO Conference Tournament to be held at Cape Central. Poplar Bluff will open against the host Tigers at 8:30 p.m. Monday, Dec. 2.

“Here’s the thing, until you go out and prove yourself, it doesn’t matter,” said Pattillo about the seeding.

Notre Dame earned the top seed while Jackson is No. 2, awaiting the Mules in a possible semifinal matchup.

The Indians face seventh-seeded Dexter in the opening round.

The semifinals will be held Tuesday, Dec. 3 with the finals set for Thursday, Dec. 5.

Pattillo said facing the host in the opening round will be a good test for his team.

“They’ll be jacked up, ready to play,” Pattillo said. “We just got to go in there and take care of our business.”

The Mules certainly did that Friday.

Bess scored just four seconds after tipoff with a fastbreak layin then knocked down a 3-pointer after a Roosevelt turnover before getting a steal. She scored off an inbound pass and sank 1 of 2 foul shots after a steal by Johnson. Hannah Bass poked the ball away and Katie Pattillo came away with it then set up Bess for a fastbreak layin for a 10-0 lead just two minutes into the game.

Down 12 following a putback by Sievers, the Rough Riders missed their first shot. They ended up missing a pair of free throws in the opening quarter and didn’t score until a foul shot with 2:55 left in the half.

Poplar Bluff, which forced 10 turnovers in the opening eight minutes, led 42-4 at halftime when Eddjana Wright knocked down a 3-pointer just before the buzzer.

Roosevelt got another 3 in the final minute of the third quarter and trailed 60-9 heading into the fourth.