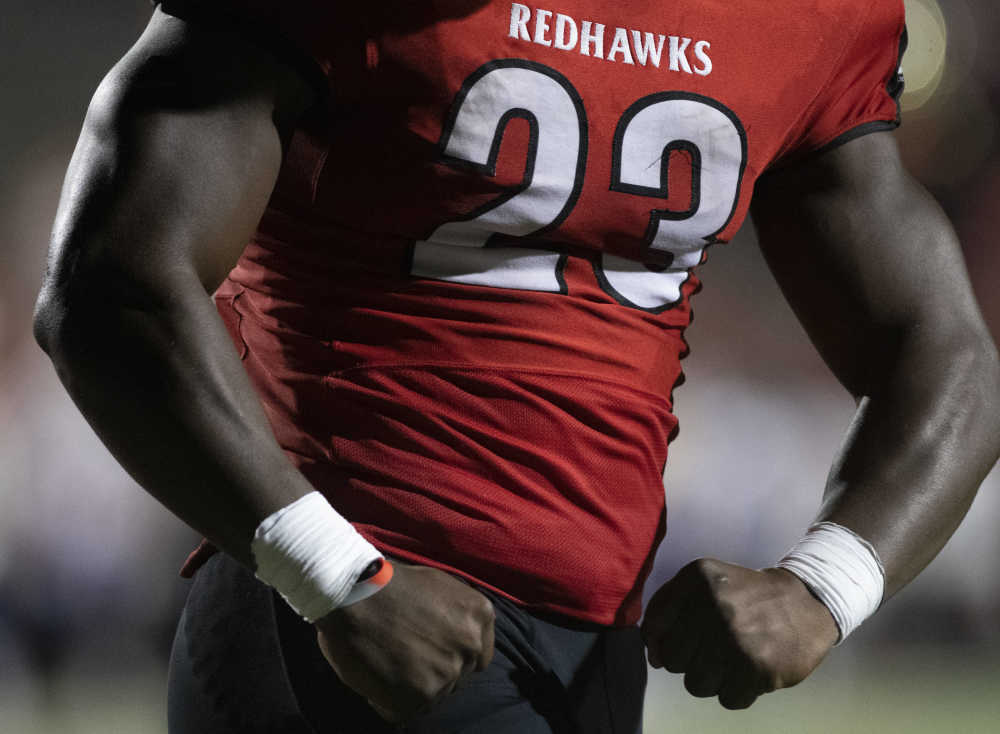 Following his team’s recent win over Eastern Kentucky, sixth-year Southeast Missouri State football coach Tom Matukewicz was thankful for the victory but spoke critically of his work through the week in preparing his team to play well early in that game.

“I felt like we lost focus on our plan to win,” Matukewicz said. “Our plan to win is always about the Redhawks first. We fell into the trap of thinking about EKU and what they do, instead of making sure that we’re doing what we need to do on Saturday.”

In that game, the Redhawks dug themselves a 24-14 hole before hitting their stride in the second half.

The same path was followed Saturday, as No. 15 Southeast rallied - after halftime - for a 26-12 win at Eastern Illinois.

The victory keeps the Redhawks (8-3, 6-1 Ohio Valley Conference) tied with Austin Peay (8-3, 6-1) atop the league standings with one week to play.

Southeast opened the game at Charleston, Ill. with a pair of punts and an interception on its initial three drives.

The pick was costly because it came at the Panther 16-yard line but ultimately was the only turnover committed by the Redhawks after turning it over five times against Eastern Kentucky a week earlier.

On its ensuing two drives, Southeast got deep into Eastern Illinois territory before failing to convert a pair of third downs. The Redhawks were forced to kick field goals (32 and 34 yards), both of which were good by kicker Kendrick Tiller, but they trailed Eastern Illinois 7-6 at the half.

“Defense is their strength,” Matukewicz said earlier this week of the Panthers. “It doesn't matter... people haven't scored a lot of points against them."

The Redhawk offense found that out, as they were only able to score two offensive touchdowns in 10 series.

"I love how hard they play," Matukewicz said. "They are very physical. On defense, that matters."

Southeast linebacker Zach Hall got a sack of the Panther quarterback to open the second half and that stalled the Eastern Illinois drive, forcing a punt.

Hall finished the game with a team-best 12 tackles, 1 ˝ were for a loss, but his play was topped on the next snap when Southeast defensive back Shabari Davis returned the punt 46 yards for a score, giving the Redhawks a 13-7 lead.

That return helped because Eastern Illinois was hell-bent on limiting the Southeast offense many opportunities.

The Panthers orchestrated a 21-play drive, converting a pair of third and a pair of fourth downs while eating up over 10:00.

It was a bittersweet defensive series for the Redhawks.

They lost junior linebacker Omardrick Douglas to a targeting call for the remainder of the game (he’ll miss the first half of next Saturday’s game with Murray State also), but Southeast defensive lineman Josh Price forced a fumble (recovered by the Panthers), which led to Eastern Illinois ultimately having to settle for a field goal and a 13-10 score late in the third quarter.

The Redhawks took advantage of good field position (the Panther 31-yard line) to put together a nine-play drive capped by a short run by Santacaterina and a 20-10 margin.

Santacaterina completed 16 of 27 passes in the game for 139 yards while running for 25 yards.

The Southeast defense forced another fumble on the next series, which prohibited Eastern Illinois from converting on a fourth-and-short.

The defense stopped another fourth-down attempt with just under seven minutes remaining, which set up a five-play drive culminating in a 16-yard score from Redhawk runner Mark Robinson for a 26-10 margin.

The extra-point kick was blocked and returned 98 yards by Eastern Illinois for a 26-12 score.

Robinson had his most caries (13) in a month and finished with 77 yards, which was also his most in a month.

Hall closed the game by picking off a Panther pass in the final seconds.

Southeast will close the 2019 regular season Saturday at Houck Stadium against Murray State at 1 p.m.