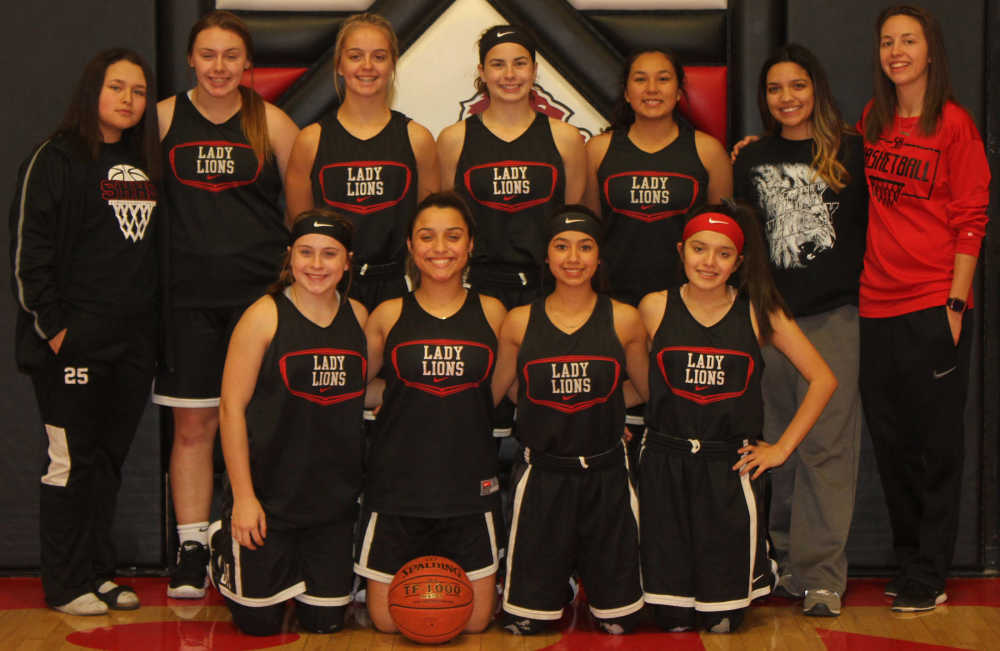 Pierce inherits a program that returns three starters off of last season’s varsity squad that finished 8-14.

“Our goal is to just be a little bit better than we were last year and slowly build a program over time,” Pierce said. “The two seniors we have this season are excited about making an impact and leaving something that continues to be built on. Each year is not its own single year. We think of it as a process.”

The Lions have two seniors, one junior, four sophomores, and one freshman on its high school roster.

“We are small in numbers and we are not that tall but we have a lot of heart,” Senath-Hornersville senior Hannah Johnson said.

Vilchis is expected to start at point guard for the Lions.

“She has a lot of energy and is a hard-worker,” Pierce said. “She will bring our team up when they start to get down. She is just a great point guard to have running your offense.”

Jones, who has played primarily as a guard in past seasons, is a candidate to play all five positions on the court this season.

“I’ve been a point guard in the past,” Jones said. “Playing the post is definitely different but I like it because you get more chances to score.”

Jones is no stranger to varsity girls basketball. She has started since she was a freshman.

“Aubry is a good shooter,” Pierce said. “She’s also one of our taller players and she’s very strong. She should be ready to come in here and be a leader her senior season.”

The third returning starter, Johnson, is also expected to play on the perimeter and in the paint.

“She has come in here and worked hard every morning,” Pierce said of Johnson, who is a three-year varsity starter. “She’s coming back from an injury and even on the days she’s in pain she’s still fighting. She should help us a lot. She’s been working on her inside and outside game and should be an all-around threat for us.”

Pierce said freshman Accountess Lewis and junior Sarah Garza are incoming candidates that could contribute in the paint.

Lewis is currently the youngest player and the tallest player on the roster.

“The upperclassmen have been really supportive,” said Lewis. “When I get down on myself they will pick me back up.”

Pierce is hopeful the experience her five underclassmen gained this summer will make the transition to varsity action easier.

“Over the summer during camps and play days we played at the varsity level,” Pierce said. “So the younger ones we do have should be somewhat used to playing at the varsity level. They should be able to handle their own. It may be a bit of a struggle for some of them in the beginning but they are a hard-working group that will adjust.”

Playing a tight defense against taller opponents has been a focal point for the Lions in preseason practices.

“We are a very small team, not just in numbers, but also in height,” Pierce said. “We want to make sure we play a tight defense to prevent teams from getting the ball inside. We are also going to have to be in good shape so we can run the court and beat other teams down the floor.”

Senath-Hornersville opens its season Friday when it visits Piggott, Arkansas. The varsity girls game will begin at 6:30 p.m.

“This is the first year we have played them so we will see what happens,” Johnson said.