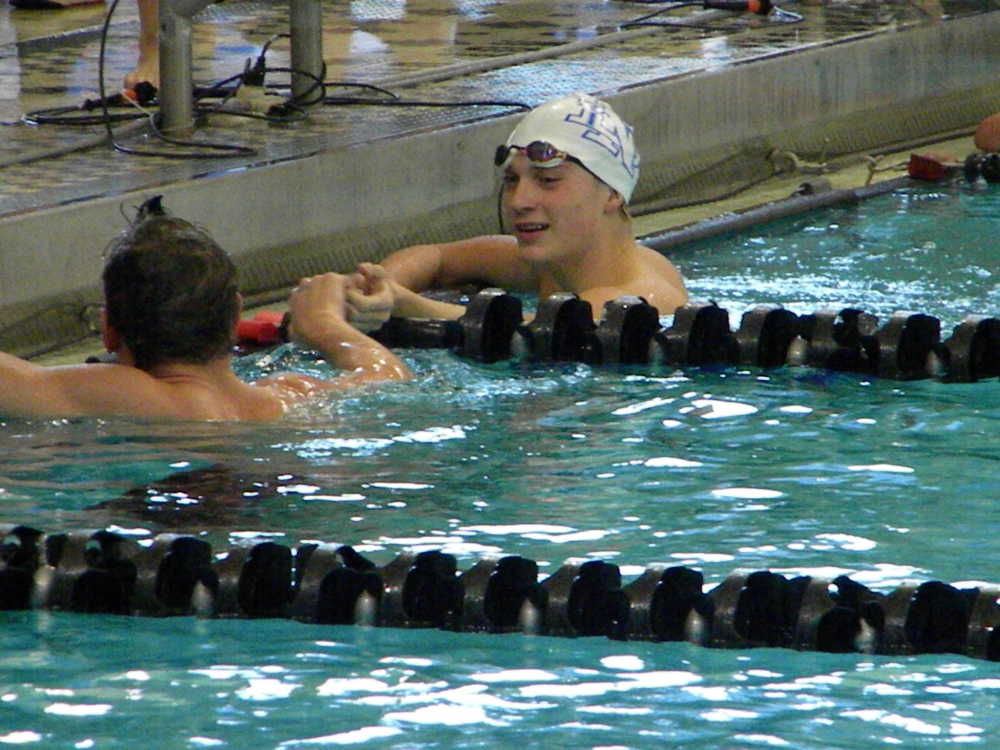 ST. PETERS, Mo. – Regardless of how Notre Dame senior swimmer Nicholas Hux performs in his final high school meet today, his coach is going to be a bit disappointed.

Not in the swims, but simply because Bulldog coach Joe Graves won’t get to coach Hux any longer.

“It’s impossible to replace Nick Hux,” Graves said following the opening day of the MSHSAA Class 1 Boys State Swim Finals at the Rec-Plex in St. Peters, Mo. Thursday. “As an overall person and some of his swim times; that 500 time he swam today is going to be a tough mark to beat.”

Hux entered the meet with a time of 4:51.95 in the 500 free but dropped nearly five seconds to a time of 4:47.04. He is seeded sixth overall and Graves doesn’t think he’s finished performing well.

Graves talked about Hux’s 50-yard splits throughout his race and how consistent they were.

After the initial 50 yards, which is always faster due to the start, Hux swam between a 28.43 and 29,63 the remainder of the race.

“He is looking very, very strong in everything he swam today,” Graves said. “Tomorrow is going to be good.” 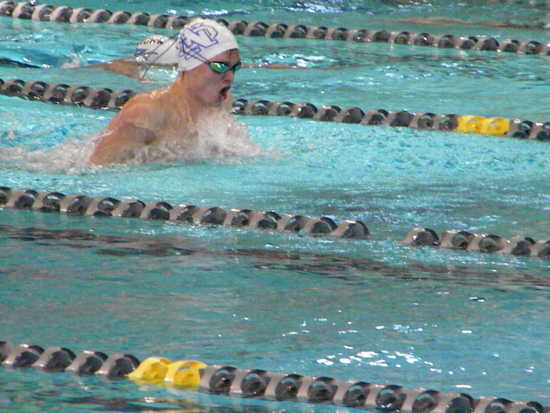 Close, but no consols

Several area swimmers were very close to advancing to today’s competition (the top 16 times qualified for today) but just missed moving on.

Cape Girardeau Central senior Ben Steelman lowered his seed time nearly two seconds in the 200 IM event to a 2:06.85 but that was 1.57 seconds from placing 16th.

His classmate and teammate, Josh Glenn, suffered the same fate in the 100 fly.

“We had a couple of seniors that we wanted to see get in somewhere,” Tiger coach Dayna Powell said. “They just missed it. With Ben and Josh, I was hoping. I was pulling for them.”

Bulldog senior Joey LeGrand had a gut-wrenching performance in the 100 breast.

He lowered his seed time to an impressive 1:03.20 but was still .04 seconds behind the 16th-place swimmer and finished 17th.

Cape Central is chasing its fourth consecutive team state championship and will need all the points it can muster. Last year, the Tigers narrowly won the title by 16 points. 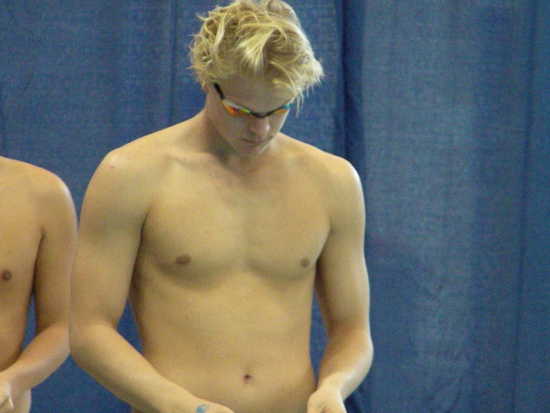 Bening to bounce back

Cape Central senior Jacob Bening has a pair of challenges on his agenda today.

After winning the 100 free title in 2017 and the 100 back race in 2018, the Missouri State recruit isn’t the top seed in either entering today’s finals. Bening is seeded second in both.

“I think I’m a little sore,” Bening said following his swims. “I’ve got some nerves going on. (Friday) I’m going to be loose.”

Bening is 1.39 seconds behind Oak Park senior Robbie Hill in the 100 back race.

Bulldogs are on the rise

Notre Dame brought its largest contingent of competitors ever and several of the Bulldog athletes aren’t seniors, so this may be the start of a trend for the program, according to Graves.

“This is kind of the first year for our window,” Graves said. “There have been tons of growth this year. We have guys taking the sport in the right way, which is really encouraging to see.”