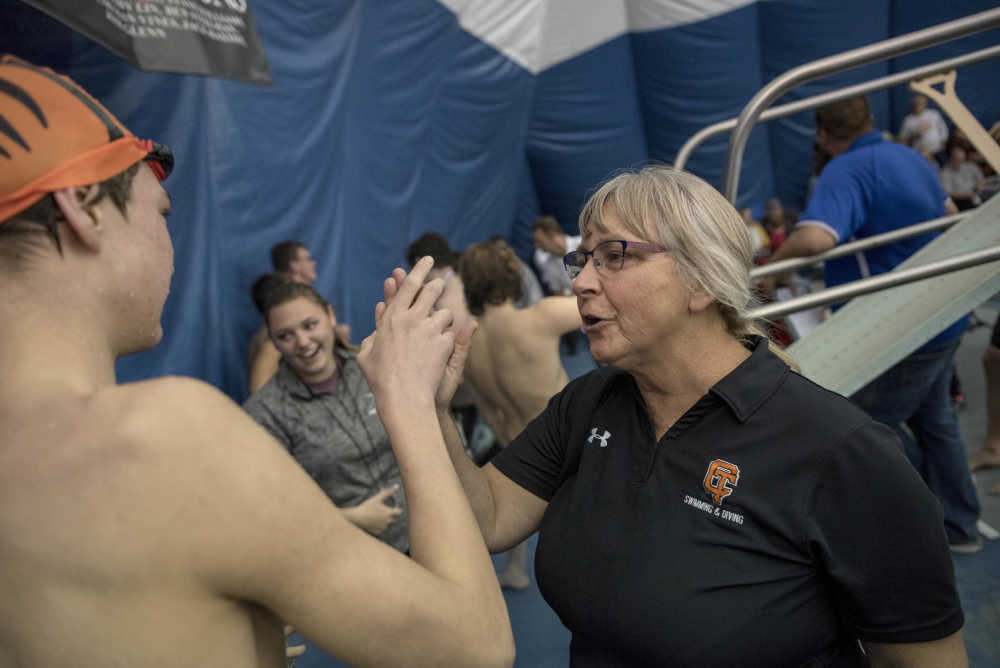 The Cape Girardeau Central boys swim team is on the cusp of history but in some regards, it will be a long journey to reaching that destination.

The Tigers will compete today and tomorrow at the MSHSAA Class 1 State Finals with hopes of winning their fourth consecutive team championship.

“Hopefully, we can have a good showing (Thursday),” veteran Cape Central coach Dayna Powell said, “so we can go to work on Friday and try to go after some people.”

The top 16 swimmers in each event will advance to the finals on Friday at 10 a.m.

The Tigers beat Blue Springs South by 17 points in 2016 and won last year’s meet by 16 points over Glendale.

Cape Central seniors Daniel Seabaugh and Jacob Bening will be looking to add to their aquatic legacies, which include multiple championships.

Bening is the top seed this year entering the meet, but Hines is also competing in the event.

Seabaugh is a two-time individual winner from last year, as he set Class 1 records in both the 200 and 500 free races.

The Missouri recruit also teamed with Bening and fellow senior Truman Vines as three-fourths of the winning 200 free relay in 2018.

Bening, Vines and junior Jack Maxton were part of the winning 400 free relay squad a year ago and those three relay races will be critical because they score double the points of an individual event.

The success of the Tigers could come down to performances from seniors Vines and Josh Glenn, both of whom are in a position to make the top 16 in races, but it will be close.

“Truman, mentally, is in a great spot,” Powell said. “He looked good (in practice Wednesday), so mentally, he is there.”

Vines has battled health (shoulder and foot) issues over the last two seasons and the former has prevented him from competing in the 200 free and fly events, which he is best suited for.

“He is really in a different area,” Powell said of his events. “He’s just wherever we could try and find a place for him to contribute.”

Glenn is seeded 16th in the 100 fly, another precarious position to be in.

“The great thing for both Josh and Ben Steelman,” Powell explained, “they had a great (SEMO Conference Meet recently). They are confident in what they have done and what they can do.”

Steelman is seeded 17th in the 100 breast race.

Cape has the top seed in the medley and 200 free relays, but not by much, while its 400 free relay is seeded third.

Cape Central senior Dylan Jordan will compete in the diving competition, as will junior Hunter Keefer.

Notre Dame will make its presence felt with a solid contingent of swimmers.

Jackson won’t have a large group of swimmers in the meet, but the Indians do have a couple of athletes that could move on to Friday.

Sophomore Brayden Walters is seeded 20th in the 500 free after dropping 10 seconds in the event at the recent SEMO Conference Meet.

“We thought the 200 (free) would be the better event for Brayden,” Jackson coach Riley Talbut said, “but the 500, in general, was weaker, so I said ‘Let’s try to hone in on a better time.’”

Walters swam it one time this season, which was at the conference meet, and he blew all expectations away.

“It was great,” Talbut said.

Walters is also competing in the 100 back, while sophomore Trent Paullus is seeded 16th in the 100 breast.

“I think we’re well tapered just because they were driving me absolutely nuts (in practice),” Talbut laughed. “You know the taper is going well when the kids are going crazy.”

Jackson freshman Caleb Burgard will also compete in the diving.