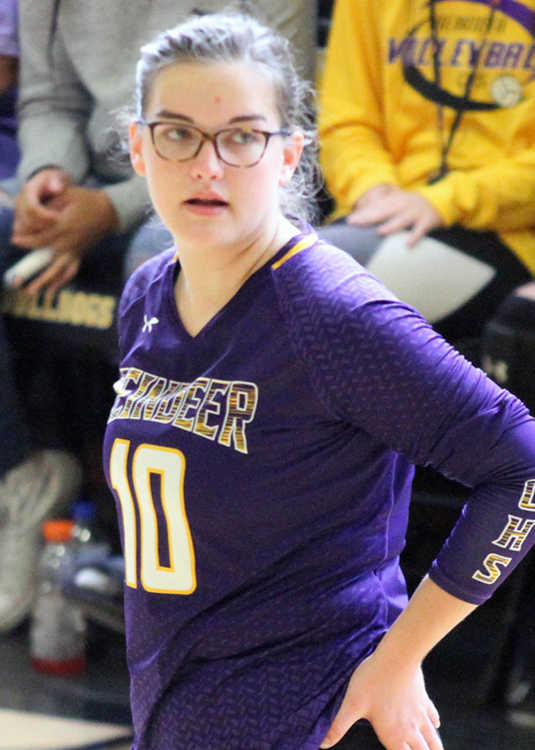 The 2019 Tri-County Conference volleyball awards have been released.

Clarkton senior Kayla Gentry is the 2019 Tri-County Conference Volleyball Player of the Year.

"There is so much that can be said about Kayla and her contributions to our team this season,” Clarkton coach Amy Cowart said. "She is the team captain and definitely established herself as our leader from the get-go. She has been the main offensive weapon for us for the past couple of seasons and this year was no different as she led our team, conference, and district in total kills.

"She may not have the hardest hits, but she is probably one of the smartest hitters from our area,” Cowart added. "She reads the opponent’s court so well and always knows where the open spots are for a big hit or a sneaky tip. This year, for the first time, she had to transition into becoming a six-rotation player after one of her teammates sustained an injury. She came in and filled a big role and enjoyed some success on defense, notching 188 digs in the final two-thirds of the season."

Gentry, a four-year varsity starter, has been selected all-conference all four years of high school.

"Kayla has been a big part of our team the last four years,” Cowart said. "She has always been a leader on and off the court even when she was a freshman and a sophomore. She has been one of the hardest workers I have had the privilege to coach as well as one of the smartest. Her volleyball IQ is off the charts as she has been a student of the game for as long as I can remember. When practices would come to a close, Kayla always wanted to stay longer. She was never ready to be finished for the day.

"It will definitely be a new normal for our volleyball program next season without Kayla's boisterous and passionate presence, but I hope that the things she has contributed to our program will still live on in her returning teammates for many more seasons to come here at Clarkton,” Cowart concluded.

“The streak of success our program has put together is years and years of hard work and my group gave every bit of effort they had,” Ashabranner said after her squad won the Tri-County Tournament in October. “They work so hard for me.” 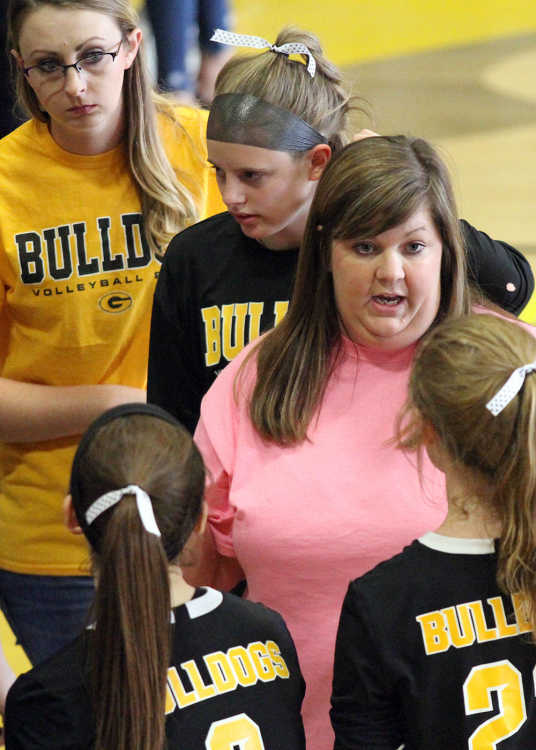 Photo by Dustin Ward, staff
Gideon volleyball coach Kristen Ashabranner (pictured in pink providing direction to her team) is the 2019 Tri-County Conference Volleyball Coach of the Year.
Order this photo
Respond to this story