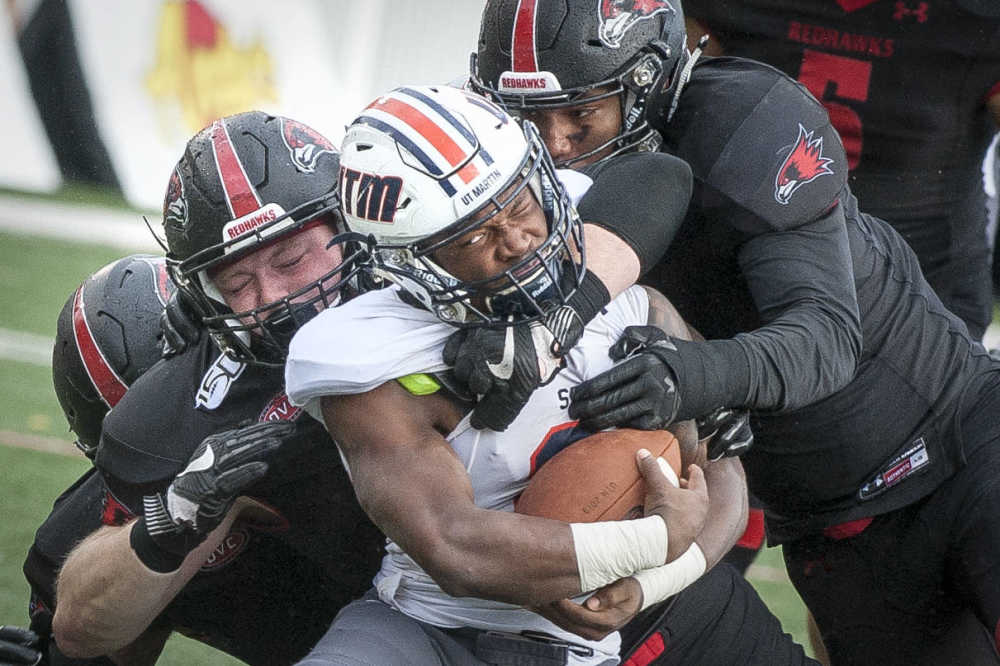 The No. 17-ranked Southeast Missouri State football program enjoyed a brief respite last Saturday from its harrowing tests it has endured throughout this Ohio Valley Conference season.

Aside from last week’s 32-13 romp at Tennessee State, the other four league games in which the Redhawks played have each been battles decided by one score.

“There is a fine line in college football between winning and losing games,” Jacksonville State coach John Grass said this week when asked about the competitiveness of the OVC. “We’ve lost some heartbreakers to (Southeast) and UT Martin and we were very capable of winning those games.

“There is a fine line in getting a (win) on a Saturday in the OVC.”

The Redhawks coaches grasp that and they expect the same scenario to unfold Saturday when Southeast (6-3, 4-1 OVC) hosts Eastern Kentucky (5-4, 3-2) at 1 p.m. at Houck Stadium.

The Colonels not only have owned this series (winning 13 of the last 15 games), but their style of play isn’t welcoming to any opposing coach.

Eastern Kentucky’s game plan each week is to bludgeon the opposing defense with a powerful run game over 60 minutes.

“If they are able to run the ball,” sixth-year Redhawk coach Tom Matukewicz said, “then we’ll lose.”

The Colonels have – by far – the most potent run game in the OVC.

Eastern Kentucky averages over 210 yards per game on the ground, which is nearly 40 yards more than the second-most dangerous team (Austin Peay at 174 yards per game).

Junior runner Daryl McCleskey averages over 111 yards per game rushing, which is the best in the league.

“We’ve got to be able to stop the run,” Matukewicz continued. “They have a very, very good back. They have two of them, actually.”

That reference was in regards to sophomore athlete Alonzo Booth, who averages 58 yards gained per game.

Not only do McCleskey and Booth run the ball effectively, so does Colonel quarterback Parker McKinney.

The freshman has the fewest passing attempts (134) among starting quarterbacks in the conference, but he has run the ball 54 times and averages over three yards per carry.

“He is a threat running,” Matukewicz said of McKinney. “He has some designed quarterback runs, so it is just going to be a challenge to get them stopped.”

The Redhawk coaches made adjustments to the offensive line in last week’s win by moving Terry Cook to right tackle in place of Nate Korte. However, that plan was short-lived when starting left tackle Ja’Chai Baker suffered a tear of his MCL in his right knee.

Baker is expected to be back for the Redhawks’ final home game (Nov. 23 vs. Murray State), but in his absence, Cook is listed as the starting left tackle Saturday with Korte back in the starting spot at right tackle.

No margin for error

The Redhawks would hold the tiebreaker with the Skyhawks after beating them 17-10 recently, but would not with the Governors, who beat Southeast in Clarksville, Tenn. last month 28-24.

Eastern Kentucky needs every win it can get after dropping a pair of games within league play already.

“Everybody says the same thing,” Colonel coach Mark Elder said recently, “the cool thing about the conference is you never know who will win.

“When you pick up your phone after your game and check the other scores, you never know what you’re going to see. Everybody has to show up and everybody has to play well, because if you don’t then you let an opportunity slip by.”