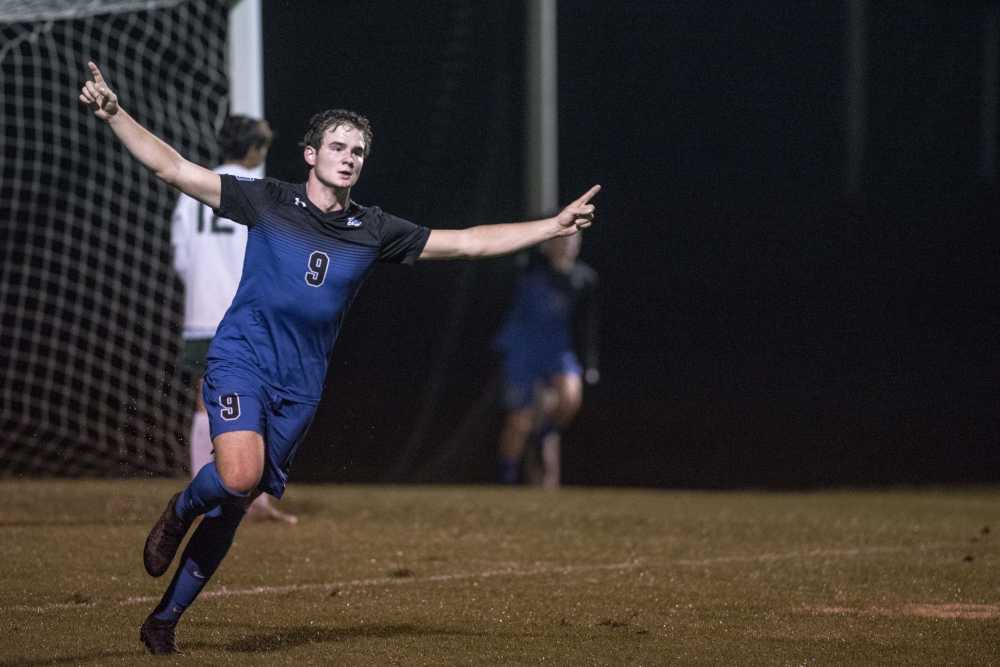 PERRYVILLE, Mo. -- The rain stopped but Perryville's three-year losing streak to Notre Dame did not.

The top-seeded Bulldogs (15-5-1) scored all three of their goals in the second half to defeat the second-seeded Pirates 3-0 to take the district crown.

The tie was broken in the 60th minute as Notre Dame junior Evan Bruenderman converted on an unusual shot that slipped past the goalie.

"(A) junk, bouncy goal changed the momentum," Perryville coach Jerry Fulton said. "The ball went into the box and bounced around and goes in."

"After this, the momentum just changed."

Senior Griffin Stewart scored the other two Bulldog goals in the 62nd and 74th minutes to provide some cushion.

The Pirates have not beaten Notre Dame since September 2, 2016.

"As athletic and strong as Perryville is, we expected to go end-to-end with them," Notre Dame coach Matt Vollink said.

"We have a deep bench and can put (fresh) guys out on (the pitch) who can go."

Perryville's six seniors, including five starters, have never had the experience of beating the Bulldogs in their high school career.

"You saw it," said a discouraged Fulton. "It is what it is."

Perryville had advanced to the championship game by dispatching Fredericktown on Monday, 6-0.

Notre Dame got to the title game by blanking St. Pius (Festus), 4-0.

The Bulldogs now advance to sectional play and will host District 2 champion Lutheran South (10-11-1) on Tuesday. The Lancers beat Bayless (21-6-1) on Wednesday, 3-1.

Vollink expressed surprise when he learned the Lancers had beaten Bayless and would be the Bulldogs' next opponent.

"I don't know much about (Lutheran South) at all," Vollink said. "I knew Bayless had beaten them earlier in the season."