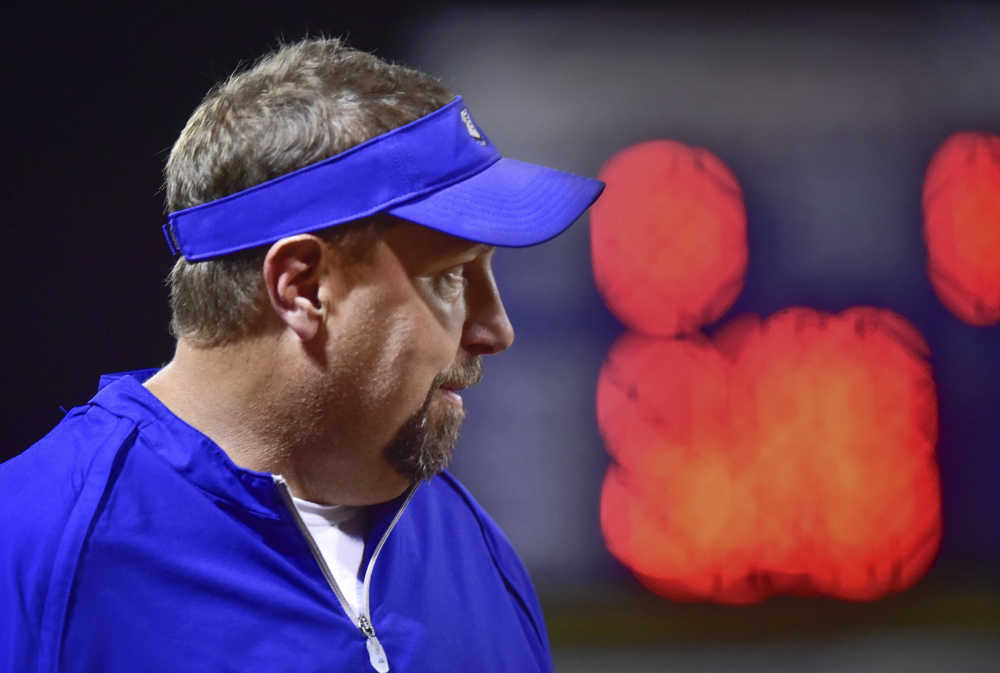 Good Sports is a weekly feature that appears in the Southeast Missourian, as well as online at Semoball.com. It profiles the life of a person connected to sports and allows our readers the opportunity to know the people who are impacting athletics throughout Southeast Missouri in a deeper way.

Today: Jeff Graviett. Graviett, 43, is athletic director of Notre Dame Regional High School, where he has spent his entire professional career. He is the longtime coach of the Notre Dame baseball and softball teams and has won state titles with each. He has been honored with hall of fame recognition by Notre Dame (2017), by the Missouri High School Fast Pitch Coaches Association (2018) and this past January, by the Missouri High School Baseball Coaches Association. Last month, the Bulldogs softball squad won its 15th district title under Graviett.

Where is home for you?

Born and reared in Chaffee and lived there until 2008. I live now in Gordonville. I'm the oldest of two brothers. My dad, Denny, is retired from Purina in Bloomfield - the cat litter factory. My mom, Debbie, now works part-time in the gift shop at Southeast Hospital.

Tell us about your personal involvement in sports.

With the Red Devils, I was a first baseman and pitcher. When I was on the mound, I was focused on just getting the ball over, trying to throw strikes. Nothing fancy. At the plate, I hit to contact and learned to drive the ball to the opposite field. I tried to hit for average, not for the fences.

You went to Southeast Missouri State for college.

Yes, majoring in physical education. (Ironically), I didn't play baseball at SEMO. I always knew that I wanted to coach.

I was 18 and became head coach of my brother's Babe Ruth team. They were all 13-year-olds.

Your association with Notre Dame goes back 22 years.

God's timing, I think. It was 1997 and Greg Muench, the Bulldogs head baseball coach, needed someone in junior varsity. I was still a SEMO undergraduate and this is what I wanted to do with my life. It also meant some extra money, so I did it. Two years later, Muench moved, and the administration knew me, so I became varsity coach in 1999. I got my degree and the head coaching job at Notre Dame at about the same time. As I say, God's timing.

Yes, before and after games. That tradition wasn't started by me. It's an extension of the prayer life of the school. We pray the Lord's Prayer on the field, and you may notice the parents of the players get involved too. A senior typically leads the recitation (of the prayer).

You've enjoyed remarkable success with both sports. How would you sum up your coaching philosophy?

I'm a Jon Gordon fan, the writer and speaker. Gordon says -- and I agree -- that it used to be that you used "hard love" on kids. Be hard on kids, scream at them, then love them. That's the way it was. Young people are different now. They don't respond to that. Now, it's "love hard," which means show them love and that you care. Once (players) accept this, only then you can be hard. It's just the opposite today.

Are there mentors who have influenced you?

I'll single out two. Very different men. Bob Coons was my high school baseball coach in Chaffee. He later went to Cape Central. Outspoken, passionate, loved the game and a tremendous teacher. I loved his commitment. Bob would go to the park and help kids with their hitting. That's a real sacrifice of time but speaks to his commitment. I'd also mention Paul Hale, a fellow Hall of Famer here at Notre Dame. Very successful. Paul's sport was basketball. He was just as committed as Bob and invested in the kids and loved them too, but Paul was laid back and humble. What I really appreciated about Paul is the simplicity he brought to coaching. He believed in short and quick practices. I'm the same.

How hard is it on you and your kids when you lose?

Well, this is timely. We lost our Class 3 quarterfinal game to Incarnate Word recently. Since I'm AD now with oversight responsibility for all sports, I don't really have time to dwell on a defeat. For the team, yes, it's hard. What's harder is to be runner-up at state, to be the No. 2 team. That loss stays with you for a whole year.

Say a word about taking on the role of athletic director.

I'm in my third year as AD and part of the deal in taking that position was that I still get to coach. I wasn't giving that up. In the baseball (spring) and softball (fall) seasons, I get pretty focused, so I'm blessed to have an excellent assistant AD, Renee Peters, who makes sure the administrative work of all our sports is addressed.

In your time at Notre Dame, going back to the late '90s, what sports have been added?

No football. We've looked into adding it in the past but it's not under consideration at this time.

(Reader: There will be more about this topic in a story next week.)

Girls listen well and work hard. As a group, girls tend to work harder than boys. I've had individual boys give maximum effort, don't get me wrong, but I'm talking about as a group. The boys have won two state titles, but the girls have been to more final fours. Whether it's boys or girls, though, I know only one way to coach and that's all-in.

What do you tell young people who move on from your program?

I tell them to give back a year. Here's what I mean: I encourage my players to go coach somewhere for a year. Paid or unpaid, doesn't matter. At some level, someone did that for them -- sacrificed time away from their families. Maybe if they do it for a year, they'll decide they want to keep doing it and everybody benefits.

You've been extraordinarily successful at the high school level. Any desire to try coaching in college?

None. Write that in big letters if you wish. The recruiting trail holds no allure for me. I already spend a lot of time away from my family. College would mean more time away. I'm content here. We have an amazing sports program and I'm thrilled to lead it.

Tell us about your family.

My wife, Angie, is a psychological examiner for the Cape Public Schools. She does testing for special needs children. She's amazing. She puts up with my crazy schedule. It takes a special person to put up with a coach. Our kids are aged 23, 21, 19 and 14. The youngest, Blake, should be on the Bulldogs baseball team next spring. He's a first baseman like me. When you're a coach, you look forward to being able to coach your son for four years -- and I certainly am.