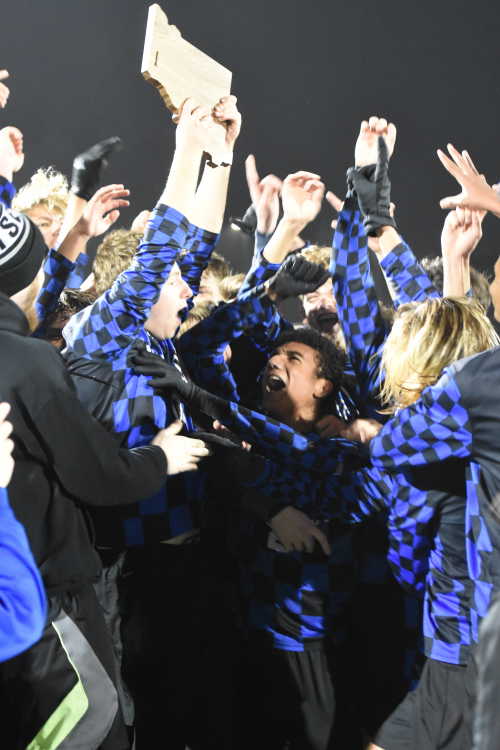 POPLAR BLUFF — After scoring four goals against Poplar Bluff in the semifinals, Northwest’s Brandon O’Dell finished with another hat trick in the MSHSAA Class 4 District 1 championship.

He added an assist in the closing seconds as Northwest beat Jackson 7-3 on Wednesday in Poplar Bluff.

“Brandon is the best player on the field every single night, and it’s been that way for the last three years,” Northwest coach Dave Willis said. “He just does everything. He wins. He wins the balls defensively on corner kicks, he drops in and wins those ball up top. We moved him out wide the last seven or eight games and our offense has just been killing it.” 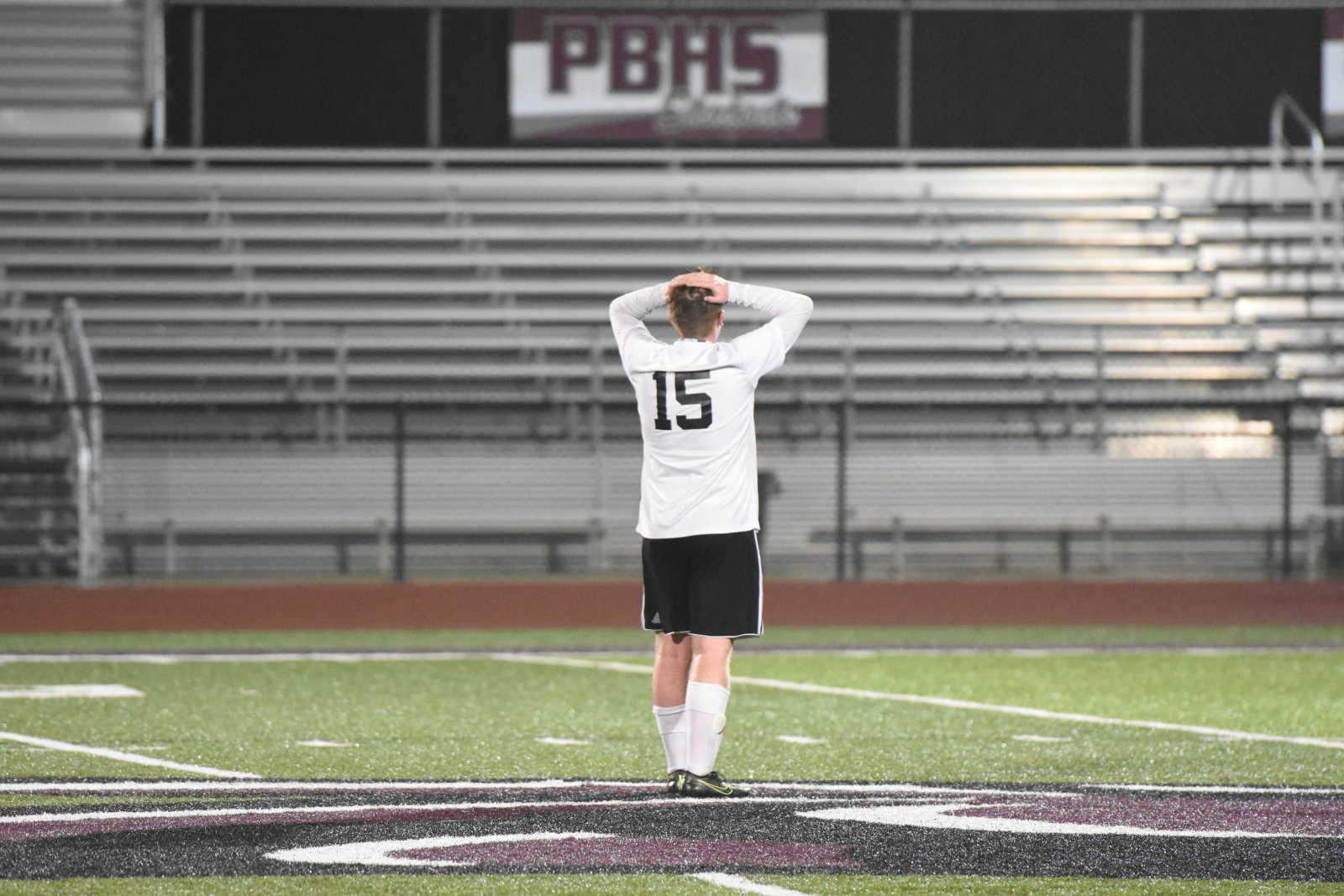 Jackson's Jacob Sauerbrunn reacts after a Northwest goal during the MSHSAA Class 4 District 1 championship on Wednesday, Nov. 6, 2019, in Poplar Bluff.

O’Dell scored all three of his goals with his head. Twenty minutes in, he got his first when he flicked a long throw-in off his chest and spun to pop a close-quarters header past the keeper.

It marked the end of an early onslaught by the Lions (19-7), who led 2-0 just four minutes into the game and were ahead 4-0 following O’Dell’s first goal.

“If you go the last seven or eight games for us, we’ve scored at least one goal in the first 10 minutes of every game. That’s been kind of what we’ve been trying to do, is just overwhelm teams early on with our pressure and with our speed,” Willis said.

Joseph Noah scored both goals in the opening minutes and Tyler Rodgers drove home a low cross 15 minutes in.

Jackson (14-7-2) got on the scoreboard with eight minutes left in the first half after Chalon Domian cut in from the right side and shot from near the top of the box inside the left post. 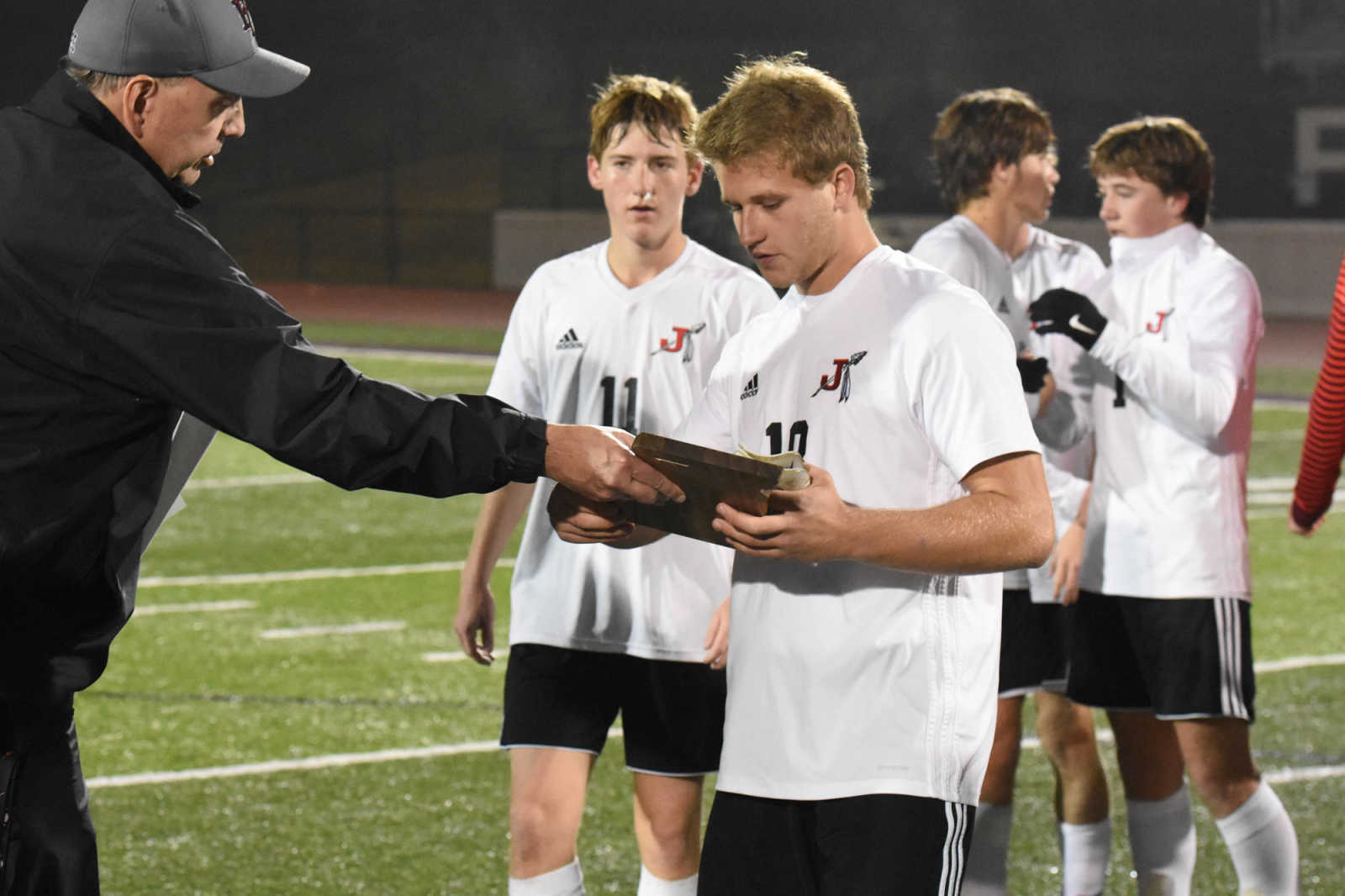 Down 4-1 at halftime, Jackson came out more aggressive on offense and cut into Northwest’s lead, but not before O’Dell added his second goal.

On a long free kick from nearly 40 yards away, O’Dell ran for the far post and won the header for his second goal six minutes into the second half.

With 24 minutes left, Domian drew a penalty kick after he dribbled through the defense. He tried for a chip as the Northwest keeper charged out. The chip knicked the crossbar and went over as the keeper slid and tripped Domian.

Jacob Sauerbrunn then put the penalty top right as the keeper dove the wrong way.

Two minutes later, Domian hit a low cross from the right side and Deonta Blair won a 50/50 ball from six yards out and he one-touched his shot to cut Northwest’s lead to 5-3.

“Jackson never quits. They never quit. I’ve watched them in 2017 come back in a district title game down two or three goals, they came back to win it. I watched them the other night come back against Seckman down two goals with nine minute left. So when it was 5-3, we just had to hunker in and grind it out,” Willis said.

In the minutes that followed, Domian switched wings from the right to the left, and Northwest responded by flipping its outside back in order to keep Aedin Seiter marked against Domian, who had one shot on goal in the final 20 minutes of the game.

“We had quite a few opportunities down there, just couldn’t find the back of the net,” Walton said.

With nine minutes left, Austin Jerger hit a hard, outswinging corner kick and O’Dell ran from the far side across the box and sent a powerful header into the net for his hat trick.

“He’s the toughest competitor I probably have ever coached,” Willis said of O’Dell. “You watch him in gym class, no matter what they’re playing, he wants to win. He will not lose.”

Down three goals, Jackson began sending everyone forward, and in the final minute O’Dell led a counter attack and passed to Hayden Hatley, who scored the final goal with 18 seconds left in the game.

“We’ve come a long way from the beginning of the year. We have got a lot of sophomores on the field, lot of juniors on the field, we’ve only got three seniors this year so there’s a lot of young players out there,” Walton said. “We’ve matured a lot over the year, and I think our boys have just gotten so much better from the beginning towards even now. I’m proud with where they’ve come from.”

“Three great seniors,” Walton said. “They’ve been good role models for us all year long on and off the field. They’re going to be missed.”

Northwest will play Lindbergh (14-8-1) on Nov. 12 in the first round of the Class 4 state tournament.