SEMO Football Notes: Hess takes his turn in the spotlight 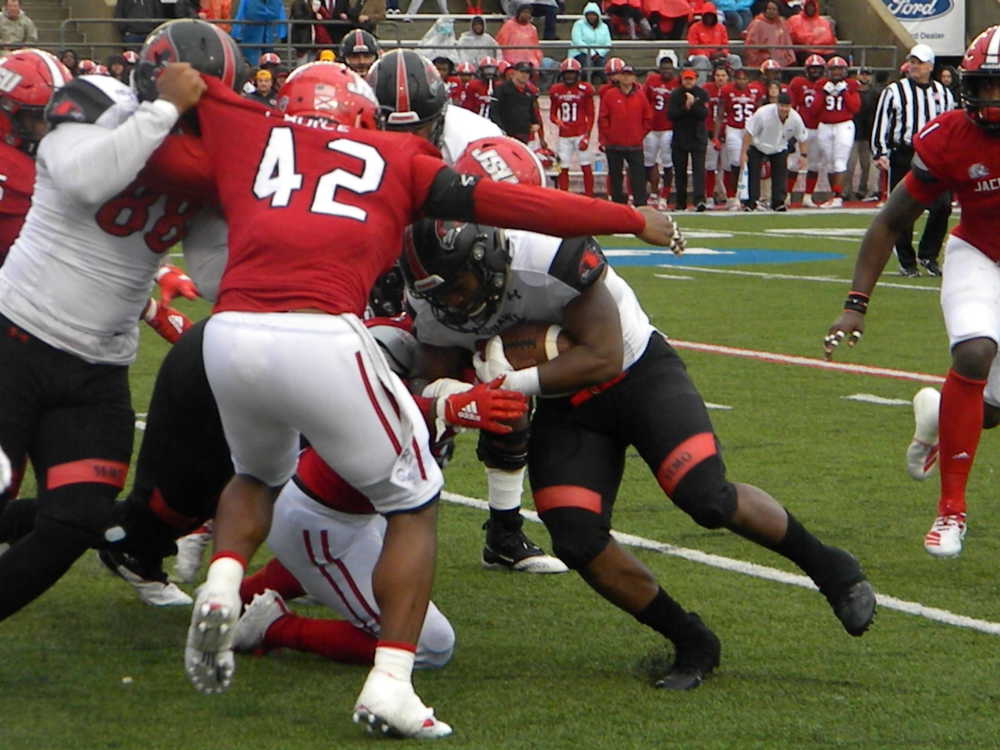 Southeast Missouri State football has a luxury few teams at any level enjoy. The Redhawks have three running backs — Geno Hess, Mark Robinson and Zion Custis — capable of producing at a high level, so when Custis missed Saturday’s game at Tennessee State, the Redhawk coaches simply had the ball handed-off to Hess 14 times. All the redshirt freshman did was gain a career-best 156 yards and score twice.

“He breaks a lot of tackles,” sixth-year Redhawk coach Tom Matukewicz said of Hess. “He did outrun a couple of guys (Saturday), but he also got really good help.

“The (offensive line) and receivers did a really good job blocking. You don’t have long runs without great effort in the secondary blocking.”

Hess earned this week’s Co-Newcomer of the Week in the Ohio Valley Conference based on the outing. However, it remains anyone’s guess which of the three will shine each Saturday.

“He probably has the number one skillset, though,” Matukewicz said. “He’s thick and he is hard to wrap up.”

Matukewicz said Custis’ availability due to a lingering shoulder injury would be a “game-time decision” Saturday when the No. 17-ranked Redhawks (6-3, 4-1 OVC) host Eastern Kentucky (5-4, 3-2) at Houck Stadium (1 p.m.).

Matukewicz made clear his feelings regarding the performance of the offensive line before Saturday’s win, but he felt better — if not great — about the unit Tuesday.

“It was improved,” Matukewicz said. “One of the biggest things we have to do is just to manage expectations. You are not going to go from being not very good to great. The thing that I asked, and we asked of each other, is just to be better.”

The line will have to perform this week because the Colonels are the third-toughest team to run the ball against in the Ohio Valley Conference.

“We can build on (growth),” Matukewicz said. “That creates enthusiasm on offense and gives us energy.

That performance also showed in allowing quarterback Daniel Santacaterina to have his best performance of the year against NCAA Division I competition.

“We believe in ‘Santa’ until the end of the world,” Redhawk senior offensive lineman Elijah Swehla said earlier this season. “What we need to improve is the offensive line giving him more time. If we give him more time, he is going to be the best quarterback in this conference by far.” 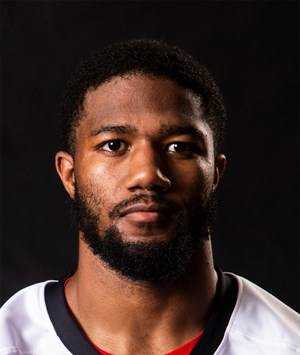 There aren’t a lot of statistics in a box score — aside from the obvious, interceptions — that indicate when a defensive back is playing well. Mostly, you have to watch the games and see how an athlete executes his coverage.

So the fact fifth-year senior cornerback DJ Freeman isn’t being talked a lot about, except by Redhawk coaches, isn’t surprising.

“I think he is an all-conference player,” Matukewicz said of Freeman.

The 5-foot-8 Freeman has continually been attacked by opposing quarterbacks throughout his career, which doesn’t surprise Southeast defensive backs coach Ray Smith, nor does it bother him.

“You look at his size and think ‘Oh, we’re going to pick on him,’” Smith said earlier this season. “I encourage other teams to throw at him.”

Freeman has totaled 33 tackles this season, 3 1/2 for a loss. He also has registered a sack, picked off a pair of passes, broken up four throws, and recovered a fumble.