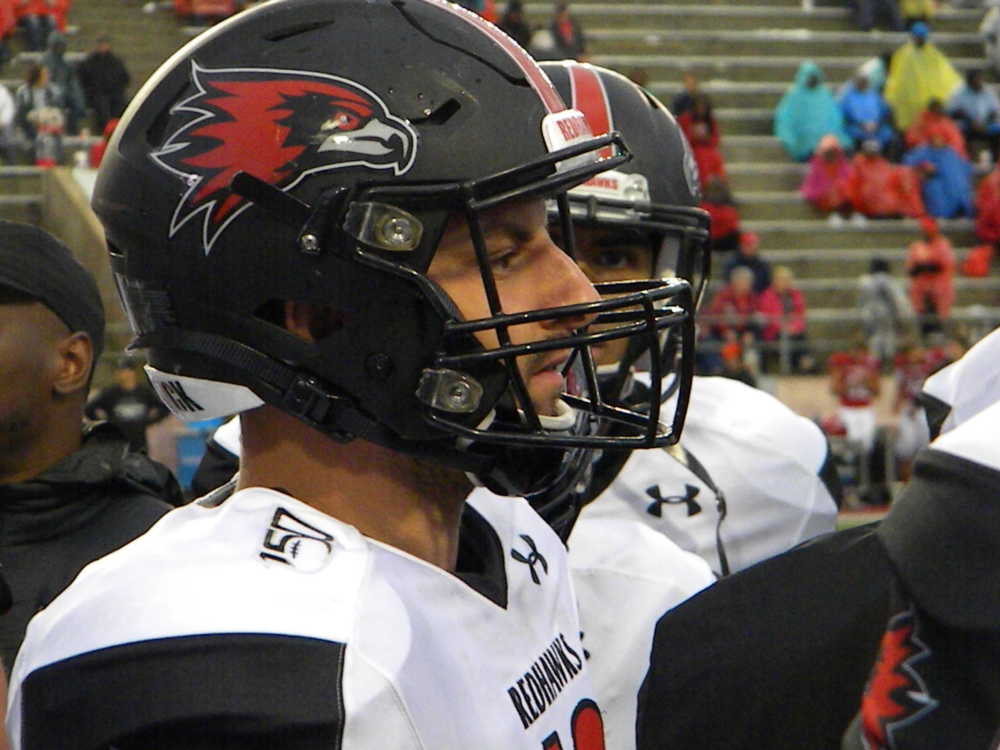 Southeast Missouri State fifth-year quarterback Daniel Santacaterina entered Saturday’s game at Tennessee State having completed just 21 of his last 49 pass attempts and was coming off of a game in which he had been benched for the entire second half.

Neither of those negative things lingered into Saturday, as he opened the game by completing three of his initial four passes in a five-play, 60-yard scoring drive to give the Redhawks a lead that they would never relinquish.

"I think some people were confused," sixth-year Southeast coach Tom Matukewicz said recently. "We don't have a quarterback problem. (Santacaterina) is still our quarterback. We have an (offensive) line problem."

Matukewicz, Santacaterina, nor the Redhawks had many problems at all Saturday, as Southeast beat the Tigers 32-13 in Nashville, Tenn.

The victory at Tennessee State was Southeast’s first since 1996 and kept it in the hunt for an Ohio Valley Conference title. Southeast has won three consecutive games and five of its last six.

Southeast opened the game by scoring the initial 22 points and were never really threatened.

Santacaterina hit Kristian Wilkerson for a 20-yard score less than four minutes into the game for a 6-0 lead.

Meanwhile, the Southeast defense was playing to its typical strong level.

The Redhawks held the Tigers (2-7, 1-4) to consecutive three-and-outs to open the game before allowing a Tennessee State first down midway through the opening quarter. However, immediately following that successful Tiger play, Southeast linebacker Justin Hall forced a Tiger fumble and his defensive line teammate Daterraion Richardson recovered it. Nine plays later, Redhawk kicker Kendrick Tiller made up for his earlier missed point-after kick by booting through a 33-yard field goal for a 9-0 lead.

That ended up being one of three field goals (he also had a pair of 23-yard kicks) Tiller made in the opening half, as Southeast took a 15-0 lead into halftime.

Defensively, Southeast limited Tennessee State to just 43 yards in the first half and the Tigers never got the ball past the 50-yard line.

The Redhawk momentum carried into the second half, as they ran off a quick 5-play scoring drive in 90 seconds, capped by an 18-yard run by Geno Hess for a 22-0 advantage.

Hess added another score early in the fourth quarter, this time from 73 yards out, while Tiller added a 30-yard field goal in the third quarter.

Tennessee State had 10 offensive series and got points out of just two of them.

The Redhawk defense forced three turnovers (a fumble and two interceptions), as well as seven series of six plays or fewer.

Senior linebacker Justin Swift led Southeast with eight tackles (one for a loss), while Hall had seven including the forced fumble.