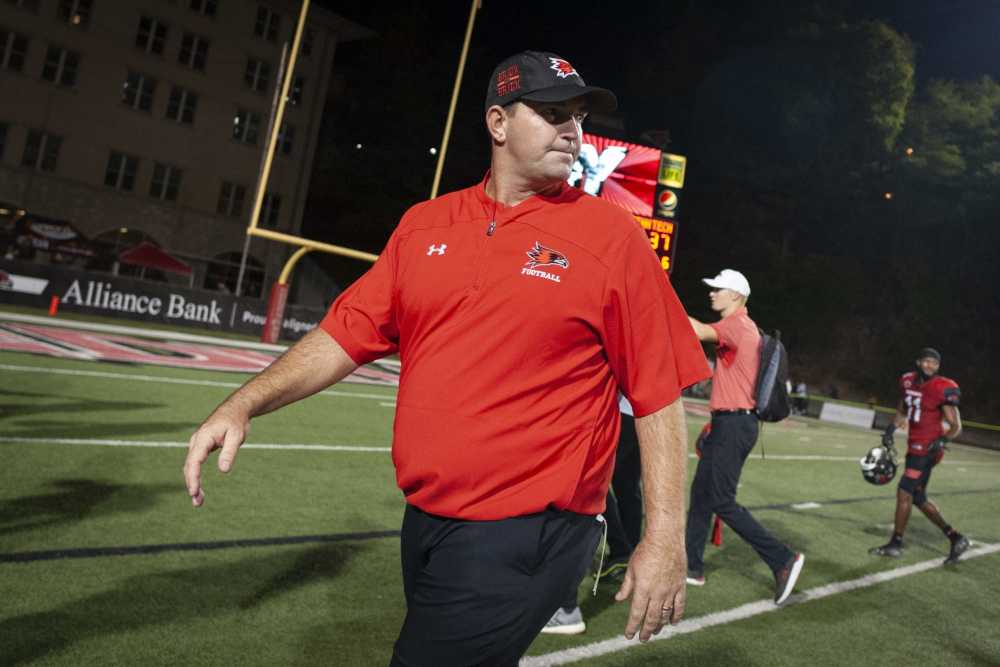 The veteran Southeast Missouri State football players such as Kristian Wilkerson, Taj Jenkins and Eric Williams know what it's like to beat Tennessee State. The Redhawks did so a year ago, winning 38-21 at Houck Stadium. But to make the trip to Nashville and ride home feeling positive, well those guys weren't even alive when that last occurred.

"I saw a stat that will make your eyes bleed," sixth-year Southeast coach Tom Matukewicz said, "SEMO hasn't beaten TSU at TSU since 1996. Ninety-nine percent of my players weren't even born the last time that happened."

"It's a huge game," Matukewicz said.

It certainly is for Southeast, which is one of four teams (UT Martin, Austin Peay, and Eastern Kentucky) with just one loss in league play.

The series between these two programs is separated by the slimmest of margins (14-12 Tennessee State holds the advantage), but even more telling is the Redhawks seem incapable of winning comfortably in league play this season.

Of the four games Southeast has played this fall, each has been decided by a single score, which Matukewicz said has its advantages.

"It definitely goes to belief," Matukewicz said. "When I was on the Jacksonville State sideline (a 24-21 Redhawk win) there was never a time that it didn't feel like we were going to win it. Our players believed the whole time."

Despite their record, the Tiger players must feel that same way.

Tennessee State had lost six consecutive games before facing No. 19-ranked Austin Peay two weeks ago. The Tigers trailed 24-9 in the second half before rallying for a 26-24 victory.

"I'm sure the win against Austin Peay ignited the locker room," Matukewicz said. "The way that they won it, I could see the energy and enthusiasm within the organization throughout the game. You could tell they were growing up.

"They play a lot of young guys, and it's finally kind of turned for them."

The talent on Tennessee State is obvious in the play of athletes such as wide receiver Chris Rowland, who leads the OVC in receptions per game (10) and yards per game receiving (116). However, so does the youth Matukewicz cited.

The Tigers are last in the conference in turnover margin (minus-7), while the Redhawks are first (plus-five).

"At the end of the day," Matukewicz said, "all that matters is winning and we're in the hunt. There are four guys at the top and we could win every game or if we lose one, we're not going to win the conference.

"It's that close and everything matters, and you have to be ready for your opportunity to make a run at this."