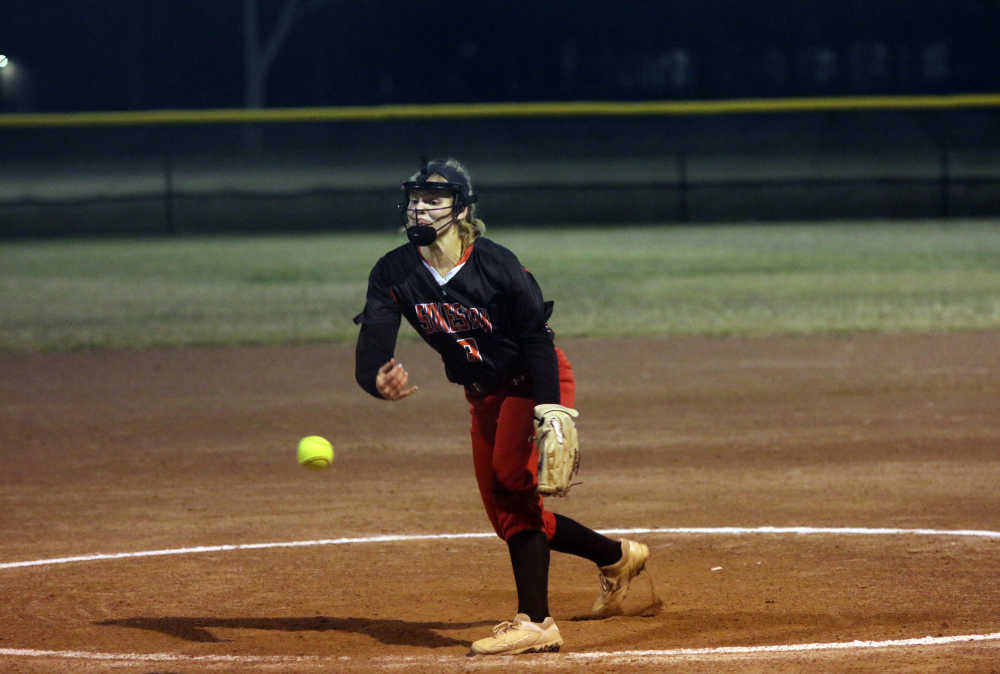 Sikeston's Emma Drury delivers a pitch, in the Battle for the Diamond, against he Sikeston baseball team, on Thursday, Oct. 24, 2019, at the Sikeston Recreation Complex.
Alex Wallner/Standard Democrat

Sikeston had one member on the first team and four more on the second team.

Notre Dame had six nominations on the first team, while Jackson had four. North County and Farmington each finished with three nominees, and Kelly, Chaffee, Cape Central, and Poplar Bluff each rounded out the team with one.

Senior Emma Drury was the lone Sikeston Bulldog that earned a spot on the first team.

For the second team, Sikeston had the most nominations with four. Seniors Naudia Lazcano and Megan Witt earned a spot, while junior Jordi James and freshman Nayla Bonner were also named.

North County had two representatives on the second team, while Notre Dame had three. For North County, senior Kiersdan Davis and junior Cheyenne Dickens got named, while juniors Caroline Lochmann and Kalie Compas, and freshman Kadi Dohogne also made the team.