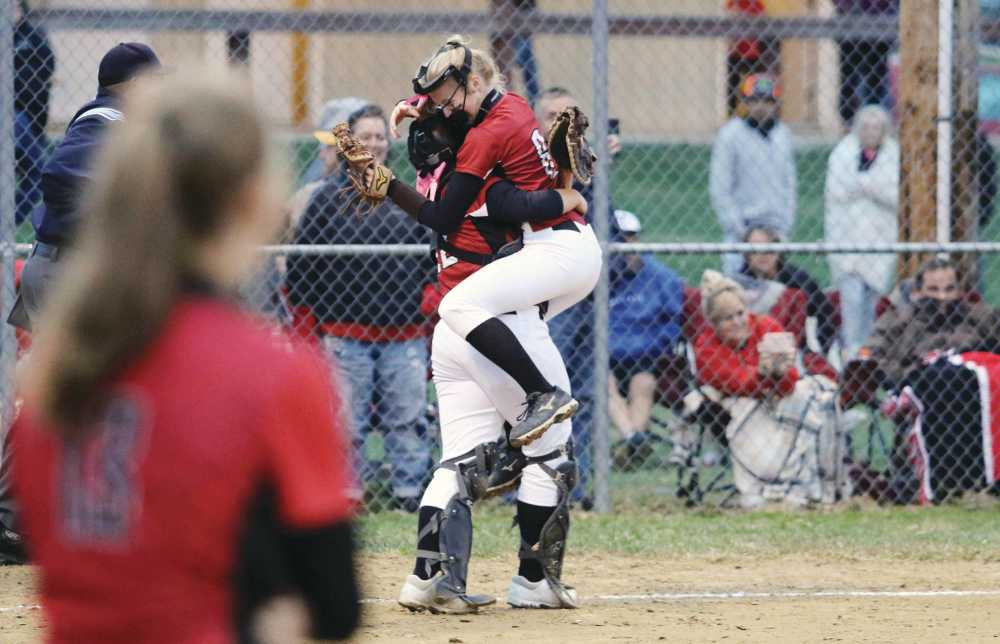 With one senior and a large junior class on last year’s softball team, East Carter gave itself a two-year plan. The due date is Saturday.

The Redbirds (22-6) are back in the state semifinals for the second year in a row and will face Sherwood (24-3) in the MSHSAA Class 2 semifinals at 1 p.m. Friday at the Killian Softball Complex in Springfield. Palmyra (20-8) and Marceline (22-4) will play in the other semifinal. The third-place game is 5 p.m. Friday and the championship is 2 p.m. Saturday.

At this point last year, East Carter of course wanted to win state, but that wasn’t the goal at the beginning of the season. The Redbirds hoped to win the district tournament, get some experience and build on that for the 2019 season. They did all of that, then finished fourth after losing 2-0 to Trenton in the semifinals and 8-0 to Blair Oaks in the third-place game.

It was a tough road to get that far. East Carter was the top seed in the district tournament last year, then beat Alton 2-0 in the semifinals. It would be the last game it would win by multiple runs. The Redbirds edged Twin Rivers 4-3 for the district title, beat Kelly in nine innings, then Montgomery County in eight innings in the quarterfinals.

Things have gone a bit different in Year 2 of the plan.

East Carter hasn’t allowed run to any team since it lost Oct. 4 to Notre Dame, which finished 27-6 and reached the Class 3 quarterfinals.

It’s been 35 innings and counting since the Redbirds allowed a run. They steamrolled the district tournament, beating Doniphan 16-0 in three innings and then Neelyville 8-0 in the final. Then they beat St. Pius X 5-0 and Elsberry 3-0 to return to state. In the six wins since losing to Notre Dame, East Carter senior pitcher Makenna Moore has allowed nine total hits, and not more than two in any game. But the Redbirds are prepared if that doesn’t continue.

“I feel like it’s how you react to the situation. Whenever someone scores, we try to focus on winning the inning and coming back with more,” Kennedy Thies said.

Added Moore, “I trust my team that we’ll get more runs than the other team because I know we can. Once someone scores, we always come back and we get more eager to score.”

Though the games haven’t been as close as last year, the Redbirds are still feeling the nerves.

“I felt like I was going to throw up the whole time,” Rylee O’Dell said of the quarterfinal against Elsberry. “I was pacing in and out of the dugout. I was standing by the trash can the whole time,”

Against Elsberry, it wasn’t until Moore hit a 3-run double in the sixth inning to break a scoreless tie that some of the team started to relax.

“My dad said that he knew as soon as we scored that we were going to win, because he knew they would never be able to hit Makenna,” O’Dell added.

Then there’s cross country to be think about, though it helps to a point to have multiple sports to stay busy with and not focus on the larger goals.

“I always feel better after I run,” O’Dell said.

Should the Redbirds beat Sherwood on Friday, those five girls will need to be in Cape Girardeau for the race, then hop on a seven-seat plane organized through the family friend of a player, fly to Springfield, and compete for the state championship within five hours.