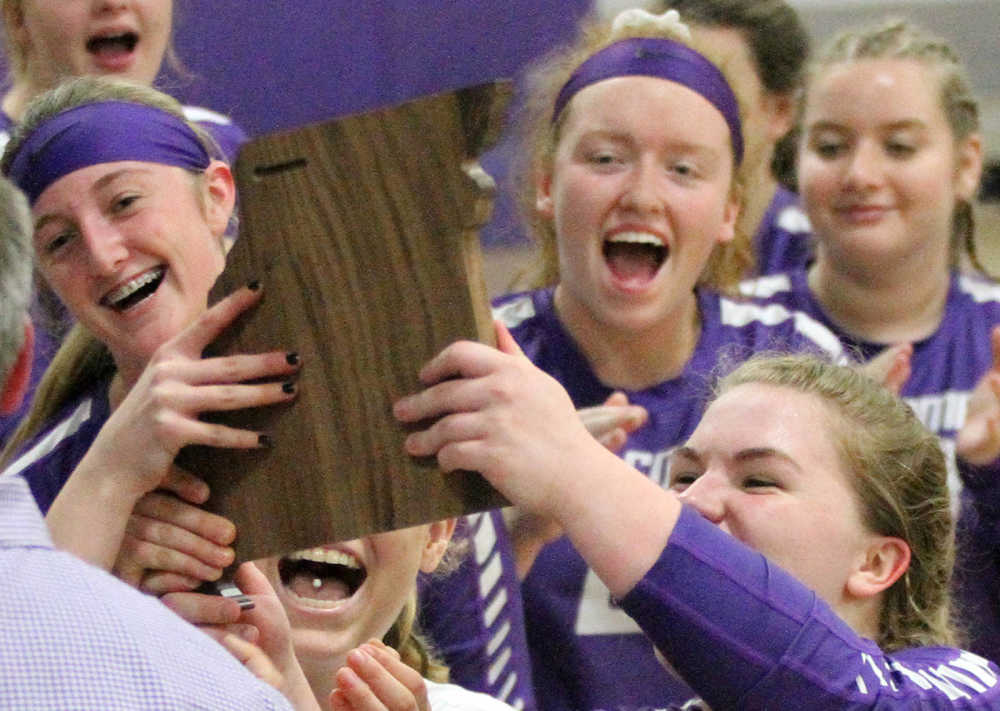 HOLCOMB, Mo. - The Holcomb Hornets volleyball squad spent its fair share of time hammering accurate serves over the net in the mornings leading up to Tuesday’s Class 1, District 1 title game.

“Coach Casper has been working really hard with us to make sure we get our serves over,” Holcomb junior Bailey Cupples said. “We’ve spent the entire first hour serving over and over and over.”

The extra serving practice appeared to pay off from the get-go in the district championship against the visiting North Pemiscot Mustangs.

No. 1 seeded Holcomb recorded six of its 11 ace serves in the opening set as it beat No. 2 seeded North Pemiscot 25-9, 25-15. to secure its second straight district title.

“This is unbelievable,” Holcomb senior setter Addy McClendon said of repeating as district champs. “I’m so happy and so excited.”

“Jumping ahead six or seven points gives you great momentum because it’s tough to overcome a deficit like that,” Holcomb coach Matt Casper said. “We weren’t content tonight. The girls played their hearts out and were able to get out to early leads. I couldn’t have asked for a better start.”

North Pemiscot got as close as 16-11 in the second set when Alexa Townsend recorded an ace serve.

After a timeout, Holcomb followed with a 9-4 run to end the championship.

“We went out and gave them a good fight, especially late in the second set,” North Pemiscot coach Michaela Kimball said. “But Holcomb is a great team that is well-coached.”

The Hornets had four players combine to record 21 kills against North Pemiscot.

McClendon, who finished with a double-digit assist total, put the ball where the Hornets’ hitters needed it more times than not.

“Coach has been telling me to set a little bit lower and closer to the net so our hitters can get a better angle and really hammer the ball,” McClendon said. “Tonight our hitters did a great job and I think we brought extra intensity since it was the district championship.”

“We were just ready for tonight,” Cupples said. “We were all pumped up. We worked really hard to get here and Addy did a great job of setting the ball to us tonight.”

Burk recorded a team-high seven ace serves. She had the luxury of recording the final point of the second set with an ace.

“I’ve struggled serving for a few games now,” Burk said. “It felt really good to finally have a good game serving. I was really excited to put that last point down.”

Sophomore Reagan Tillmon pounded out a team-high four kills and one ace serve for the Mustangs against Holcomb.

“Delta C-7 had been playing really well of late,” Kimball said of the semifinal win. “We knew they would give us a good fight but our girls found a way to outlast them.”

“I thought we hit the ball really well tonight,” Casper said. “It was probably one of our best outings all season. I couldn’t be more proud of the way we kept our intensity up throughout both games. It’s difficult to stay focused when you are waiting to see who is going to win the other semifinal. But the girls responded so well tonight and I couldn’t be more proud of them.”

North Pemiscot finishes its season with a record of 15-11. It graduates one senior - outsider hitter Heather Thacker.

“This is only her second year playing volleyball and she really stepped up this season,” Kimball said. “We made her a captain this year and she stepped into that role and kept us going this season.”

“We are excited for the opportunity moving forward and couldn’t be more blessed that we’ve achieved our goals at the end of the year,” Casper said.

Holcomb plays Crystal City (13-13-1) in a Class 1 sectional Saturday at Bloomfield High School. The starting time of the playoff was unavailable at press deadline Tuesday night.

“We are just going to try to build off of this and play to the best of our ability moving forward,” Burk said. 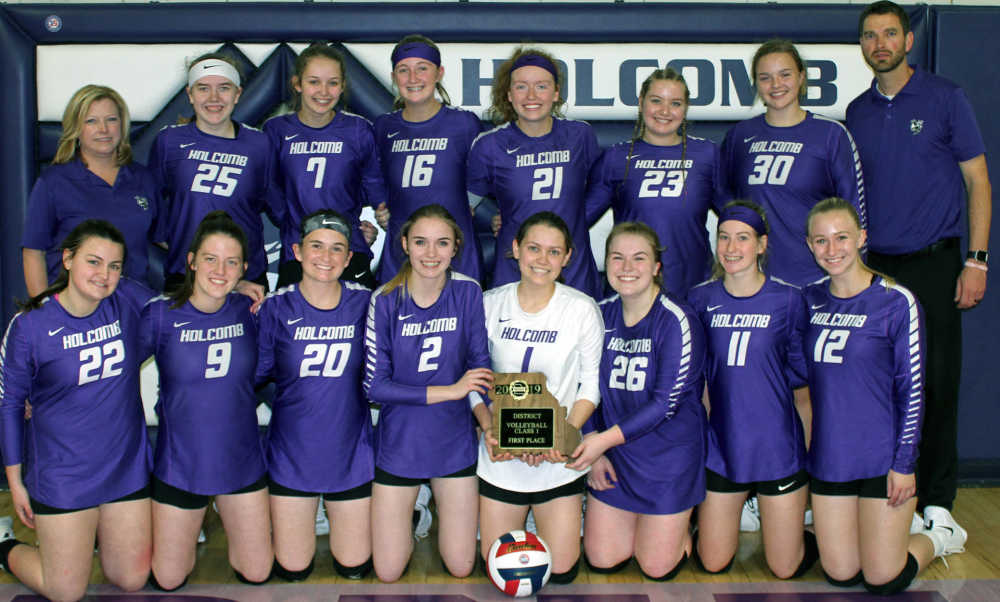 Photo by Dustin Ward, staff
Pictured is the Holcomb varsity volleyball team with its first-place plaque after beating North Pemiscot in straight sets in the Class 1, District 1 championship Tuesday at Holcomb High School.
Order this photo
Comments
View 1 comment
Note: The nature of the Internet makes it impractical for our staff to review every comment. Please note that those who post comments on this website may do so using a screen name, which may or may not reflect a website user's actual name. Readers should be careful not to assign comments to real people who may have names similar to screen names. Refrain from obscenity in your comments, and to keep discussions civil, don't say anything in a way your grandmother would be ashamed to read.
Respond to this story