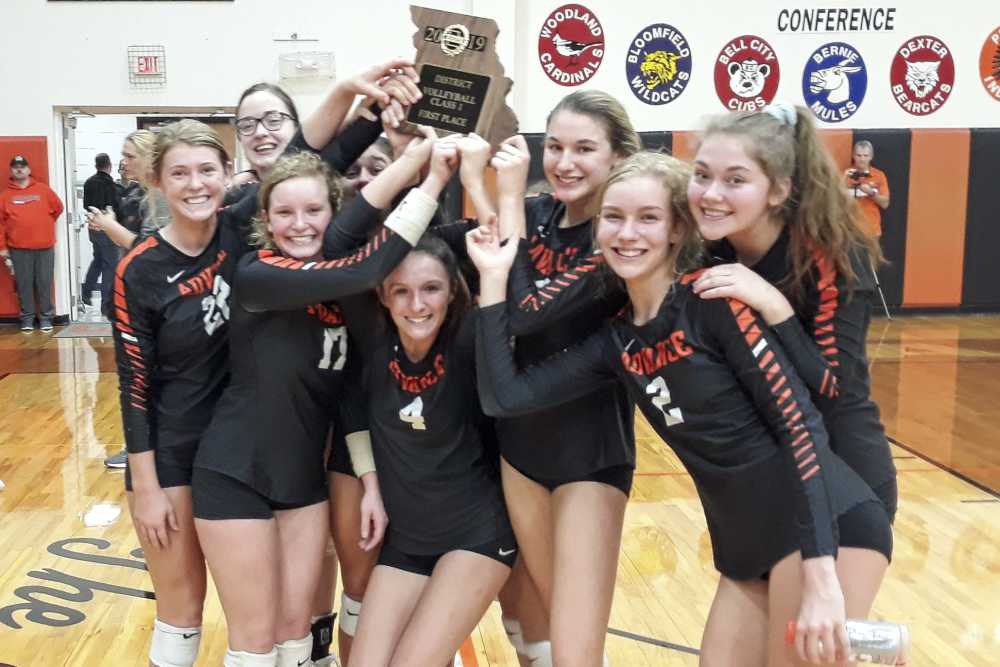 The Advance Hornets, in the words of senior middle hitter Roz Schrader, are "on a mission" to repeat as Class 1 state volleyball champions.

On their home court Tuesday, the Hornets defeated Leopold in straight sets, 25-11, 25-20, to win the District 3 championship.

The Hornets' only losses this season have been to Jackson and Lindbergh, both Class 4 schools. 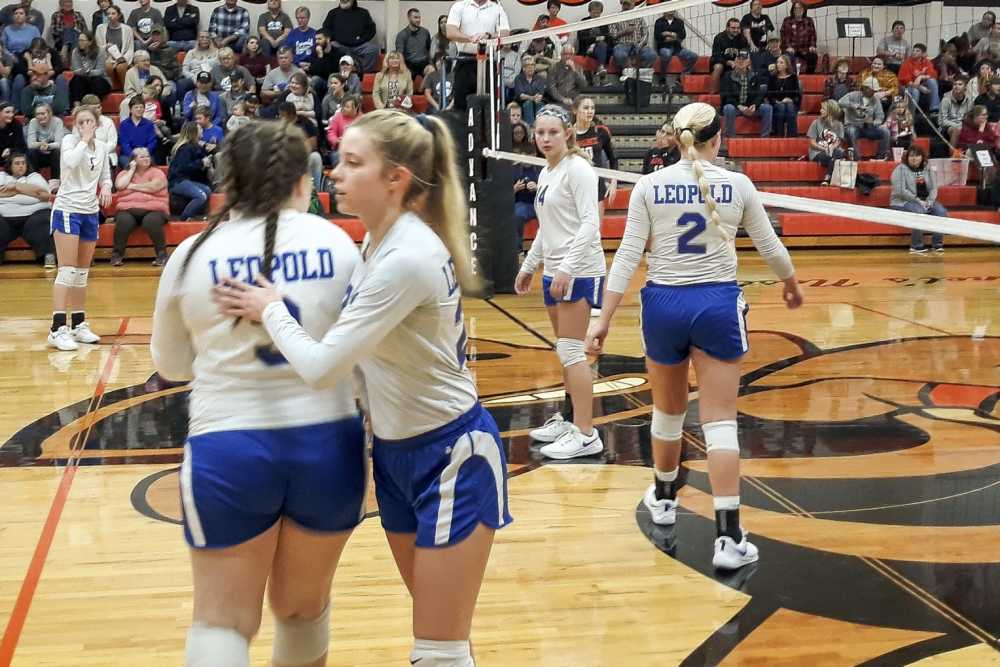 "Leopold gave us a run (tonight), especially in the second set."

"We tried not to serve to (Beel)," said Schrader. "We kept (Leopold) out of sync so they couldn't set her up."

Leopold's leader recorded 14 kills to go along with six digs and two blocks.

The senior Beel was emotional immediately after the game, realizing it was the last time she'll wear a Wildcats uniform.

"I've played this game since the fifth grade," Beel said, "and I plan to keep playing in college."

Both coaches had effusive praise for Beel.

"She's so humble and gives you everything she's got."

Advance, which has not posted a losing season since 2009, now awaits its pairing in the upcoming sectionals.

"Once you get to postseason," Hoffman said, "it's anybody's ball game. You don't want to take anybody lightly."

Hoffman's Hornets were clearly in command from the outset.

"(The girls) are just aggressive, and sometimes that means the ball goes out," Hoffman said. "They go for it and I like that."

Schrader, the tallest player on either team at 6 foot, said her coach doesn't raise her voice much.

"She doesn't yell, she's not mean," Schrader said. "(Hoffman) just gives us a disappointed look when we mess up."

As Advance looks to move on in the playoffs, Leopold (23-9-4) now looks to rebuild as the Wildcats lose seven seniors to graduation.

A Wildcat alumna who went to Southeast as an undergraduate, Davis is pinning some of her hopes on sophomore Paige Davis, her daughter.

The younger Davis had 18 assists, four aces and six digs for the district runners-up.

"Paige is under a lot of pressure," her coach said, "but she's smart and is handling it."

Sandy Davis, in her 16th season with the Wildcats, coaches all the Leopold teams, from elementary school right through 12th grade.

The last word belongs to Beel, who seems to have the sport of volleyball in perspective.

"Our coaches," Beel said, "prepared us well for the real world."