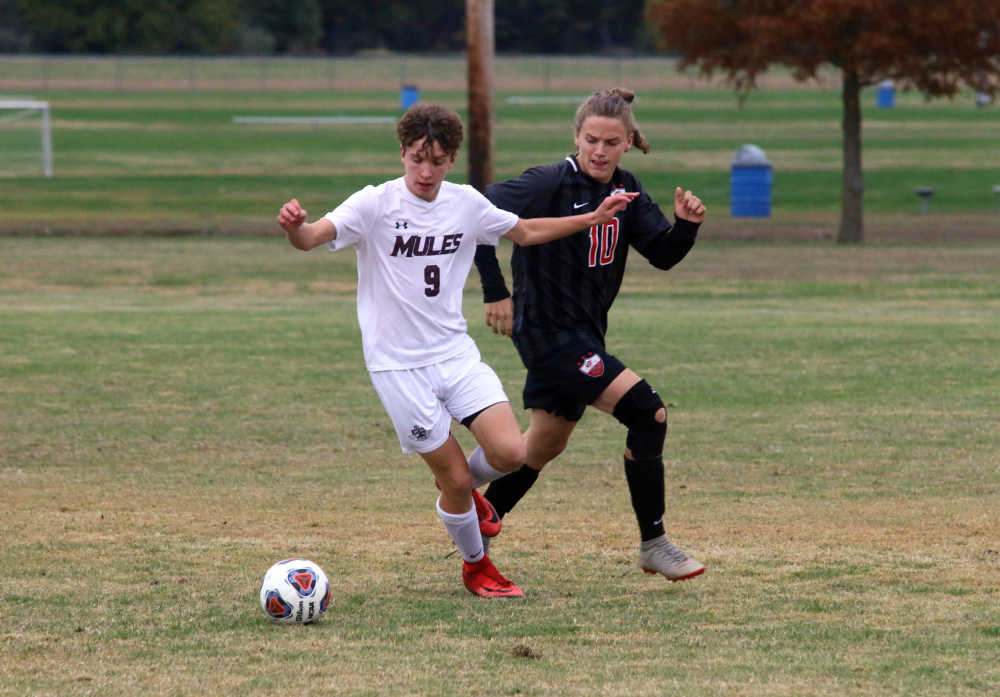 The Bulldogs hosted Poplar Bluff on Tuesday night, but it was not a match worth remembering for the home team.

Sophomore Zak Lipsey had his way with the Bulldogs. He scored two goals on his only two shot attempts and added an assist.

His first goal came 23 minutes into the game. He received the ball in the box and baited the goalie out to him.

From there, Lipsey hesitated, made a move, and snuck the ball right past the goalie into the net.

His assist came on the first goal of the game, scored by junior Marquis Johnson. Lipsey fell but was still able to get the ball free to Johnson, who beat the goalie to the spot and scored at the 17-minute mark.

The other goal of the first half came when sophomore Hayden Pinderski was fouled and earned a free-kick as a result. He promptly found the back of the net with 22 minutes left to make the game 2-0 Poplar Bluff (6-15-1).

After halftime, the offense didn’t stop for the Mules.

Poplar Bluff scored in both the 41st and 42nd minutes, increasing the lead to 5-0.

Lipsey scored his second goal of the game, while junior Alex Ketcherside scored the other.

Junior Justin Moses put the sixth goal in the back of the net for the Mules at the 60-minute mark, while freshman Jon Grimaldo netted the final tally of the game for Poplar Bluff, at the 77th minute.

“I think we played really good,” Poplar Bluff head coach Rusty Crafton said. “I think we were wanting to really focus on three-touch max, moving the ball around and just being more offensively aggressive. I think we have the last couple of games, and I think this is a good game for us leading up to districts.”

Not a whole lot of good came from the Sikeston side of things in this match.

The Bulldogs’ only goal came when Dylan Thornbrough got fouled and earned a free-kick of his own. He drilled his shot right past the Mules’ goalie at the 69th minute.

“I don’t think we had enough passion,” Sikeston head coach Gabe Dement said. “We didn’t want the game as bad as Bluff did, I feel like. I told them that at halftime. We’re sitting back; we’re playing too relaxed. We’re not going at them. They were going at us. They were winning more balls, and we weren’t doing well with the controllable. Our attitude and our effort weren’t as high of a level as it needed to be and consistent as it needed to be.

“Sure, some players played hard at times, but I’ve seen them all play hard at moments this season, and I feel like until they decide to do that as a unit, and as a group and as a team, we’re not going to see good things happen.