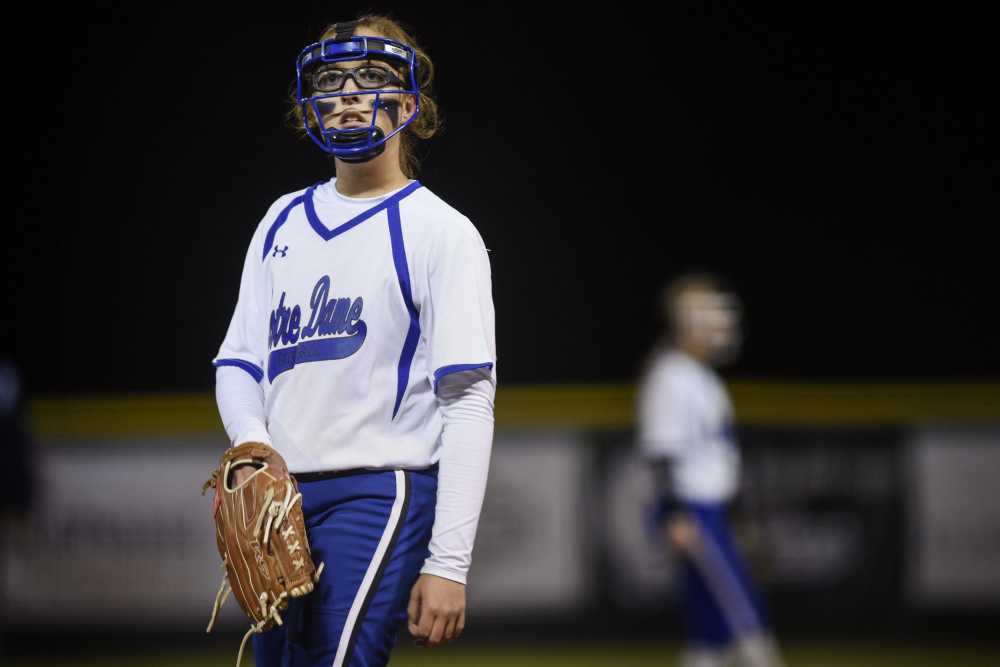 They say that all good things must end.

The Red Knights, who move on to the semifinal game Friday in Springfield, Mo., pounded out 18 hits, including two home runs.

The Bulldogs lost the pregame coin toss and for the second consecutive game played as the away team on their home field.

After scoring four runs in the top of the first, Incarnate Word Academy tied it in the bottom of the inning.

"We let them back in the game," Notre Dame coach Jeff Graviett said. "That gave (Incarnate Word Academy) a lot of confidence and we couldn't find a way to slow them down."

Incarnate Word Academy's Mike Gill, in his eighth season at the helm, said his team was ready for Notre Dame starter Hailey Kutz, who took the loss.

"As soon as we knew who we were playing," Gill said, "we started practicing hitting rise balls," which Kutz throws.

First baseman Mia Boyd hit two-round trippers for the Red Knights, including one in the bottom of the first

"I knew I had to come up and do something good," Boyd said. "(Kutz's) stuff was off-speed (to me) and right down the middle."

Boyd had a three-run homer in the opening frame and added a solo shot in the sixth.

The entire day was an emotional rollercoaster.

Incarnate Word Academy thought it would be playing on its home field, but due to the poor condition of the rain-soaked ball diamond, the contest was moved to a nearly field in St. Louis County.

Both teams got on their buses headed to Maryville University but the venue was abruptly changed in mid-afternoon to Cape Girardeau.

"We were pretty upset," Boyd said, "about not being able to play (at home).

"We took that anger out (tonight)."

"We've been playing on the road for a couple of weeks now," Gill said. "This is an incredible group of girls."

Kutz was unable to retire DiMemmo, who went 4-for-4.

"I just wanted to get up there," said DiMemmo, "and get on base and get it started."

Kutz, the 2018 Southeast Missourian Softball Player of the Year, finished her junior season with four strikeouts and one walk.

(Kutz's) pitches were flat," Graviett admitted. "I knew at some point we were going to have to bring in Brittany (Porter)."

Porter, a senior, entered the game with no one out in the bottom of the sixth and retired Incarnate Word Academy with no further damage.

By that time, though, the Red Knights were up by five runs.

Soon it was all she wrote on Notre Dame's season.

Junior hurler Lauren Gallagher went the distance for the victors, striking out three and walking one to get the win.

The Bulldogs (27-6) finish as Class 3 District 1 champs. Incarnate Word Academy (14-2), the champions of District 4, has earned its spot in the state's final four.

The Red Knights will face Helias Catholic for the right to play for the championship Saturday.

Burger went 3-for-4 plus a walk, Barwick had a double and Lemons a single.

The Red Knights, by winning Monday, avenge a 4-1 semifinal defeat to Notre Dame in 2017.

On that occasion, Kutz was virtually unhittable, giving up just three hits and striking out 14.

What a difference a couple of years makes.

From day one we talked about adversity," said Graviett. "It comes at you in softball and in life."