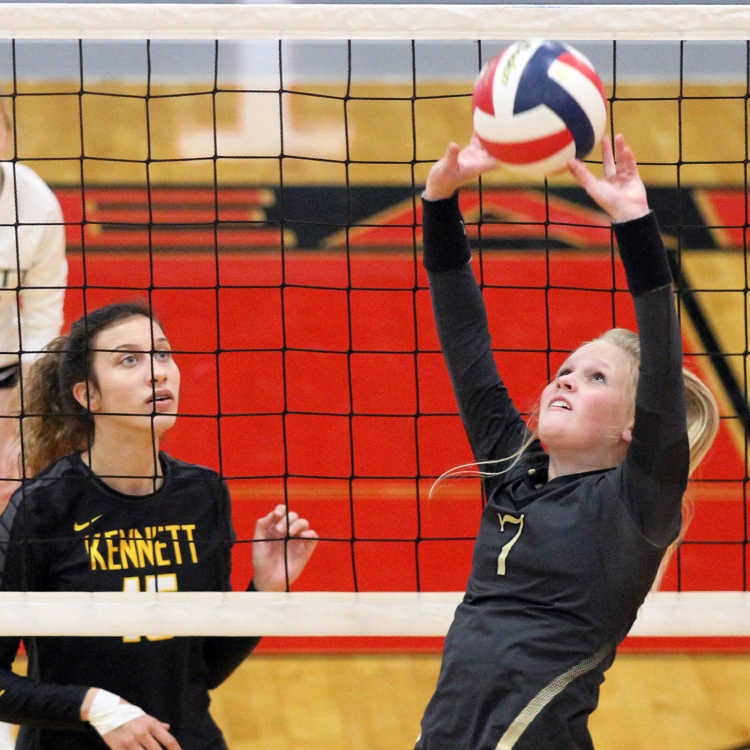 DEXTER, Mo. - The Kennett Indians volleyball squad spent the weekend preparing to take on the Fredericktown Blackcats in its district tournament.

"I thought the hard work we put in over the weekend showed tonight in the first and third sets,” Miller said. "We kind of fell asleep in the second set, but it happens.”

Kennett never trailed the decisive set. The Indians jumped out to a 10-5 lead and increased its lead as large as 17-8 after it scored six straight points.

Fredericktown followed with a 13-5 run of its own. The Blackcats cut the Indians’ lead to 22-21 after Kayleigh Slinkard and Kyndal Dodd recorded consecutive kills.

But Kennett spoiled the potential comeback when it scored the next three points on a Fredericktown attack error and a pair of kills by Melena Green.

“We talked with our setters about making smart plays and finding a way to hit our spots and I think we did a good job of getting the ball down on those final plays,” Miller said.

A closely contested opening set was tied seven times before Fredericktown moved ahead 16-15. Kennett responded with the next four points to take a 19-16 lead. The spurt included a pair of kills by Camille Thomas and a kill by Macy New.

Fredericktown cut Kennett’s lead back to two three times at 19-17, 21-19, and 22-20 before the Indians scored the final three points of the opening set.

Green and New finished with nine kills each for the Indians. Green also had four ace serves. Eliza Raspberry had a team-high four blocks for Kennett.

"We struggled a little bit blocking their good hitters at times,” Miller said. “Thankfully our good back row was able to get some passes up.”