Notre Dame is getting defensive in MSHSAA postseason play 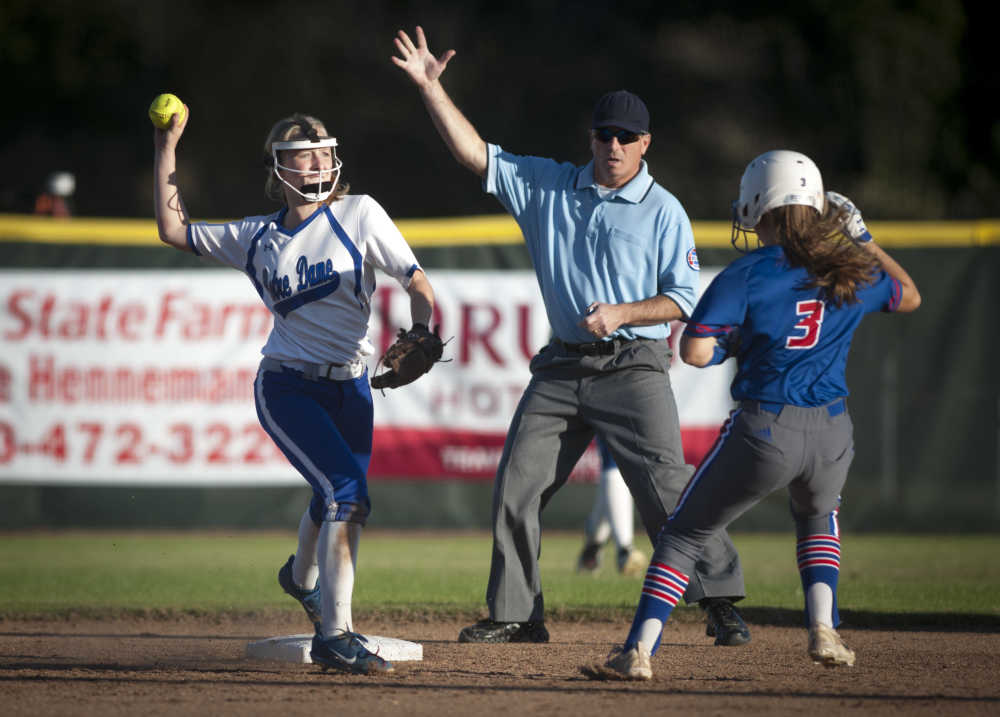 Notre Dame junior second baseman Kalie Compas steps on second base to force out Hillsboro runner Nicole Evans before throwing to first base during a Class 3 sectional game against Hillsboro on Wednesday at Notre Dame.
Ben Matthews ~ Southeast Missourian
Order this photo

There may be no softball team remaining in the MSHSAA postseason that comprehends the importance of defense more so than Notre Dame.

If it weren’t for a couple of fielding miscues committed by Perryville in its loss to the Bulldogs in Class 3, District 1 championship game, the Notre Dame players would have put their bats and gloves up for the year a week ago.

“Defensively,” veteran Bulldog coach Jeff Graviett said, “we try to put a lot of pressure on (our players). That is one of the big differences this time of year. That one error (or) that one extra-base runner.”

Notre Dame (27-5) will visit Incarnate Word (13-2) today at 1 p.m. in the MSHSAA Quarterfinals. If it is postponed due to the weather, the game will be played on Monday at 4 p.m.

The Bulldogs are known for their offensive explosiveness, as they have averaged over 10 runs per game this season. However, Notre Dame can also win games with its defense.

The Bulldogs have held opponents to three or fewer runs 21 times this fall.

“Every day,” Graviett said of his team’s focus on defensive skill work. “Probably in the last five to seven years, we have put a huge emphasis on throwing.”

Graviett read a statistic that stated 75 percent of the errors committed in Major League Baseball were tied to a throwing miscue.

“That is something that we tried to pride ourselves in both programs I coach (baseball and softball),” Graviett said. “We spend a lot of time throwing and focusing on our throws.”

Attention to details keeps games from getting away from a team.

The Bulldogs scored all four of their runs in their final at-bat to get past Perryville 4-3 in the aforementioned title game, and in Wednesday’s Sectional win against Hillsboro, the Hawks threatened by loading the bases, but the pitching of junior Hailey Kutz and solid defense helped secure the 6-2 win.

“We’ve talked about closing games,” Graviett said. “We need to keep putting runs on the board and keeping them from getting back into games.”

If Notre Dame can earn a victory today (or Monday), it would be the program’s fourth trip to the Final Four in the past five seasons.

Notre Dame has not lost a true road game yet this season, as it has won all eight games on opponents’ home field.