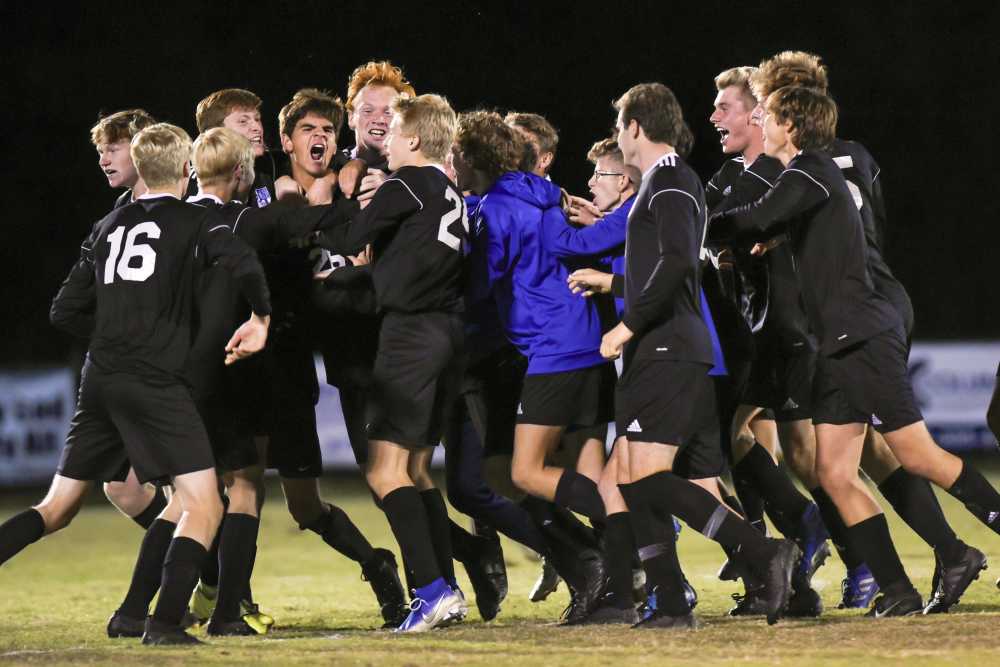 Soccer can be an unforgiving sport and Jackson found that out Wednesday in its SEMO Conference match at Notre Dame.

The Indians had several looks at the goal throughout the match, but the Bulldogs were able to prevail 4-2 in penalty kicks after the teams played to a 1-1 tie in regulation and two overtime sessions.

“I thought we played very well possessing the ball,” Notre Dame coach Matt Vollink said. “But Jackson did a very good job of denying us in the attacking third (of the field).”

Indian keeper Luke Mirly was fantastic, particularly in the second half, as the Bulldogs continually assaulted him with scoring opportunities, only to repeatedly be denied.

Jack Floyd had a shot for Notre Dame early in the second half after the teams played to a scoreless tie in the opening half, while Will Dodson had a header that sailed just past the Jackson goal, either of which would have given Notre Dame a lead.

The Indians (12-3-2) were living dangerously, but sometimes in sports talent can overcome execution and the fact that Jackson has sophomore Chalon Domain makes up for a lot.

The sophomore continually showed his speed and skill along the outside. However, just over 10 minutes into the second half, he got a breakaway pass up the middle of the field and dribbled past one defender and sent a shot blazing past Bulldog goalkeeper Conner Westrich for a 1-0 lead. 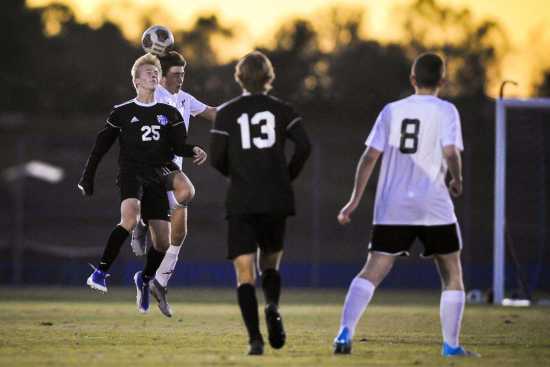 Notre Dame (12-5-1) was able to tie the match at the 60:23 mark, as Griffin Stewart fielded a pass upfield from Cristian Evans.

“This is a very mental game,” Vollink said. “You can do a lot of things, but if you’re not mentally tough enough and willing to work through that, you won’t find a win very often.”

Mirly showed the physical and mental capacity to keep his team alive with five seconds remaining in the opening overtime session.

Notre Dame midfielder Brent Vandeven took a penalty kick that was lined to the right of Mirly, who needed every inch of his 6-foot-4 frame to deflect the shot.

“He did a good job,” Walton said of his keeper. “He made a big save right there for us.”

Notre Dame back Drew Vandeven broke up a Jackson scoring opportunity in the second overtime, while Jacob Simmons did the same for the Indians.

The game went to penalty kicks and it appeared that Jackson would take a quick 1-0 lead, but Wil Essner’s shot ricocheted off the crossbar before Stewart gave Notre Dame a 1-0 lead.

Jackson’s Mason Grindstaff put one past Westrich to tie it at one, but Will Dodson’s shot hit the crossbar before taking a favorable bounce into the goal for a 2-1 advantage.

Jake Sauerbrunn tied the score at two for Jackson, but Colton Neumeyer put the Bulldogs up one.

Westrich made a diving save off a shot by Devin Reiminger and when Bulldog defender Jake Young put his shot – off a hesitation move – dribbling past Mirly, the match was decided.

“You just have to be calm,” Vollink said of a penalty kick situation. “Trust your confidence and let the ball do the work.”

The win gave Notre Dame, Jackson, and Cape Girardeau Central each one loss in the conference race to create a three-way tie for the top spot to end the league season.

The Bulldogs will host Bayless (17-4-1) Friday at 6:30 p.m. to close their regular season, while Jackson will travel to the Rock Bridge Showcase Friday and Saturday.