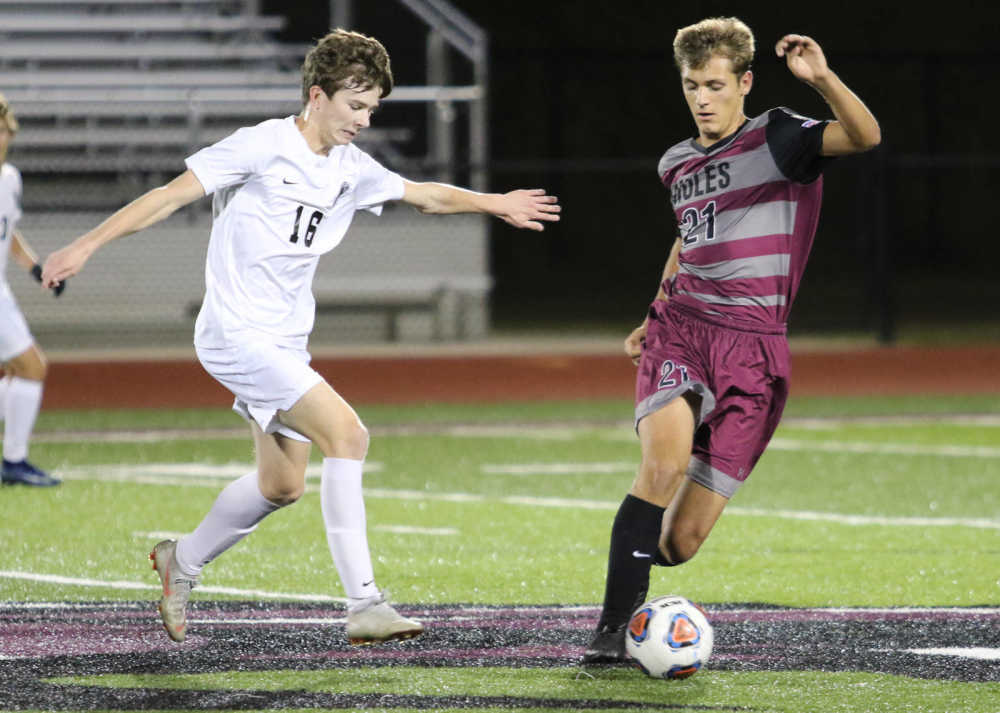 After drawing even early in the second half on a penalty kick, Farmington had the majority of scoring chances and possession Tuesday night, despite playing down a man over the final 25 minutes.

However, Poplar Bluff forward Alex Ketcherside took advantage of one of the few opportunities the Mules were able to put together.

The junior scored with 15 1/2 minutes left, lifting Poplar Bluff to a 2-1 win at Mules Stadium on Senior Night. 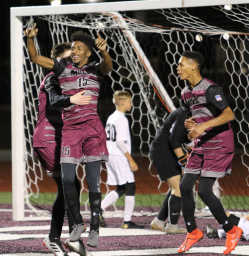 Added Crafton, ōI think they really wanted it for the seniors tonight.ö

The Mules (5-13-1) head into the final weekend of the regular season having not lost in three games and are 3-2-1 over their last six.

ōIt was a good way to end on a good note,ö Rowland said of the win that improved the team to 3-2 at home.

Poplar Bluff will host the MSHSAA Class 4 District 1 tournament starting Nov. 4. The bracket has yet to be determined but the field consists of the Mules, Jackson, Northwest and Seckman. Poplar BluffÆs last postseason win was in 2015.

ōItÆs going to be nice to have the home crowd and them cheering for us,ö Rowland said. ōIt really give us that positive energy that we need to bring out on the field.ö

Ketcherside scored his 12th of the season and sixth in the last six games. Aside from a 10-3 loss at state-ranked Cape Central during that stretch, Poplar Bluff has outscored opponents 12-9.

Marquis Johnson got the Mules on the board in the 17th minute with his first of the season. The junior pounced on a rebound after the Mules got a free kick.

RowlandÆs volley into the box was settled by Ketcherside with his back to the goal. The ball bounced to Tommy Holland who ripped a shot that the Farmington keeper stopped but couldnÆt contain. Johnson got to the ball first at the 15:45 mark.

ōEven though the first shot wouldnÆt go in, we still need to be following up and getting those extra opportunities,ö Rowland said. ōIt worked out for us.ö

Gatlin Roberts tied it for Farmington on a penalty kick 1 minute, 28 seconds into the second half.

The Mules were whistled for a foul just inside the 18-yard line near the outside of the penalty area. Roberts ripped a shot inside the left post out of the reach of junior keeper Justin Moses.

The Knights nearly took the lead in the 54th minute when a Roberts free kick from 30 yards out hit the crossbar. Tucker was able to clear the ball away but freshman Brenner Gollaher sent a shot on net that Moses stopped.

ōThey used the drop pass and they switch the ball very well,ö Crafton said. ōSometimes they caught us off guard there not shifting over.ö

Farmington (2-10) lost a player to a second yellow card in the 56th minute and had to play a man short the rest of the way.

It didnÆt slow the Knights.

ōI would say give them credit, they probably out possessed us and somehow we came up with the win,ö Crafton said. ōTheyÆve got a great young team, possess the ball really well.

ōI think sometimes they had us on our heels there the second half.ö

The Mules had a corner chance in the 65th minute that was headed wide of the net. A minute later, a Poplar Bluff throw in went to Clinton who pushed the ball ahead to Ketcherside. The junior was able to side-step the keeper coming out leaving Ketcherside with an empty net.

Farmington continued to pressure Poplar BluffÆs defense, earning a corner in the closing minute. The ball was touched five times in front of the net before the Mules were able to clear.

Farmington won the junior varsity game 1-0 as the Mules finished the season 2-5-1. 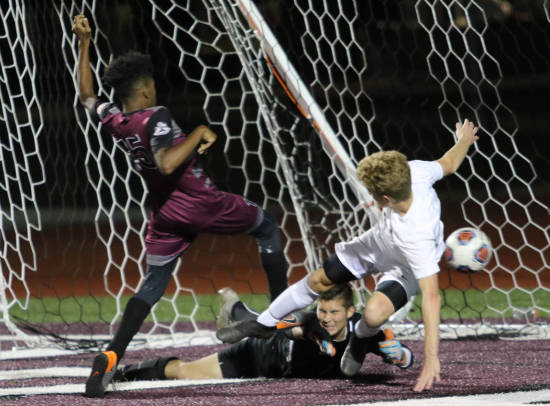 Poplar Bluff's Marquis Johnson scores past Farmington's keeper and defender in the first half Tuesday night, Oct. 22, 2019, at Mules Stadium in Poplar Bluff, Mo.
DAR/Brian Rosener
Order this photo
Respond to this story