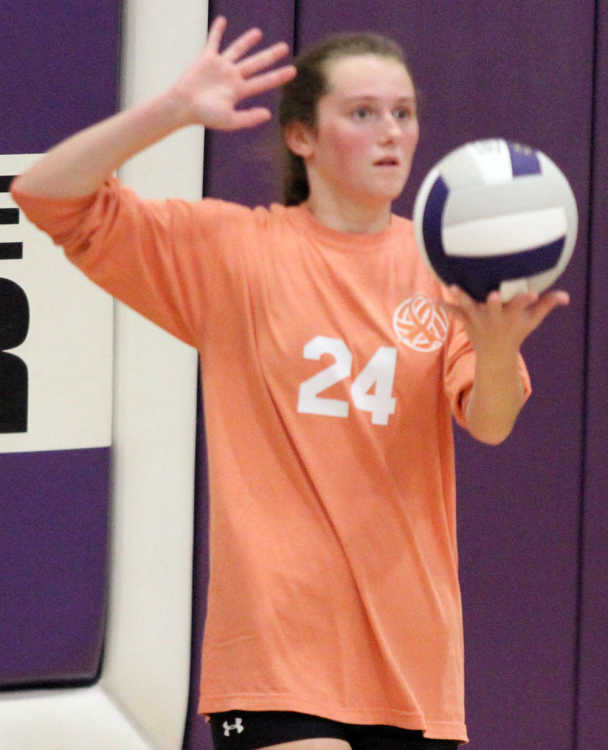 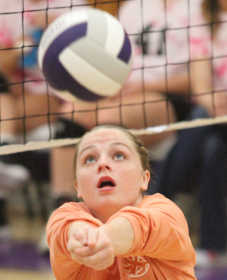 "We have a good offense with kids that can score and our defense has improved throughout the season,” Cowart said. "I keep saying, 'If our defense and offense can click together we could be unstoppable.' There should be nobody that can beat us if we play together as a team, and I feel like things are finally coming together for us.” 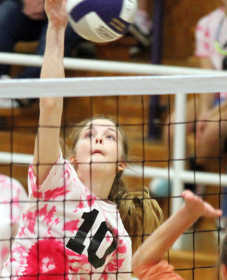 Clarkton picked up its biggest victory to date Monday night when it became only the fourth squad this season to hand the visiting Campbell Camels a loss. 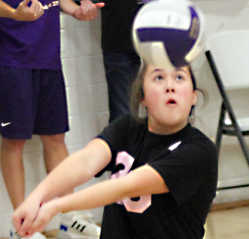 Clarkton dropped the first set in extra points but eventually outlasted Campbell 24-26, 25-15, 25-20 in a three-set thriller.

“We finally started hitting,” Cowart said of taking the final two sets. “We struggled a little bit that first set, offensively. I told them, ‘We’ve got to put the pressure on them and swing it.'”

The Camels needed a late rally to escape with a win in the opening set.

Campbell took its largest lead of the opening set at 21-17 when Anna Beth Vancil hammered home her fourth kill of the night. Clarkton moved ahead 24-21 when it scored the next seven points in a scoring sequence that included six straight successful pressure serves by Raegan Riley. Campbell followed with the final five points of the opening set in a spurt that included a pair of successful attacks by Alexis Pounds.

“We didn’t give up,” Campbell coach Gentry Vancil said. “We found a way to get the ball to land our way late in the first set. But after that, it was a fight.”

Campbell scored the first three points of the second set but fell behind 7-4 after Clarkton took seven of the next eight points. Campbell got as close as 10-9 when Blaney Powers recorded an ace serve but never moved back ahead of Clarkton. The Reindeer scored 16 of the final 22 points to win the second set by double digits.

The Clarkton defense limited the Camels to just four kills in the second set while recording nine kills and three ace serves offensively.

“Their defense is awesome and we just couldn’t put the ball away against them tonight,” Vancil said.

Clarkton took the first three points of the decisive set before Campbell enjoyed leads of 7-4 and 10-7. A kill by Clarkton’s Kayla Gentry tied things up at 15-all.

Clarkton’s Emily Shipley, who finished with a team-high four aces, followed with consecutive ace serves to put the Reindeer on top 17-15.

“We got Emily back tonight from an injury,” Cowart said. “She’s got a really nasty serve. Getting her back was definitely plus for us tonight.”

The Reindeer took three of four points after Shipley’s consecutive aces to pad its lead to 20–16 and force a Campbell timeout. Campbell cut the deficit as close as 21-18 after calling a timeout but never caught Clarkton.

“We just missed too many serves,” Vancil said of the third set. “Against a good team like Clarkton you cannot miss four serves in a set.”

“Everyone contributed in the hitting tonight,” Cowart said. “I try to instill in them to not send free balls over the net. Wherever the pass is we want to take a swing.”

“Matches like tonight are good to get us ready for the competition we are going to face in the district,” Vancil said. “And several teams, including Clarkton, are contenders in our district. But it just wasn’t our night tonight. We made too many passes close to the net, missed too many serves, and couldn’t get the ball to drop against a good defensive team.”

Clarkton (21-6-3) hosts South Pemiscot in its final regular-season game Thursday before taking on host Bloomfield in a Class 1, District 2 quarterfinal Monday at 5 p.m.

“This is great momentum for us heading into the district,” Cowart said. “I think we are pretty evenly matched with Bloomfield. I think that one could go either way based on who shows up. Hopefully, we will show up."

Clarkton held its first Peach Out Game Monday night to pay tribute to cancer survivors and those who lost their lives to the disease.

The color peach is used to represent endometrial cancer awareness.

“Usually we have a Pink Out Game,” Cowart said. “But since my mom is battling endometrial cancer my girls suggested we do a Peach Out Game. She’s a big mom to all of my girls and they were emotional tonight. But It was a great opportunity to pay tribute to her and do something a little different than we normally do with our cancer awareness game.”

Campbell also wore the T-shirts from their own recent cancer awareness game on Monday and presented a gift to Cowart’s mother during the pregame ceremonies.