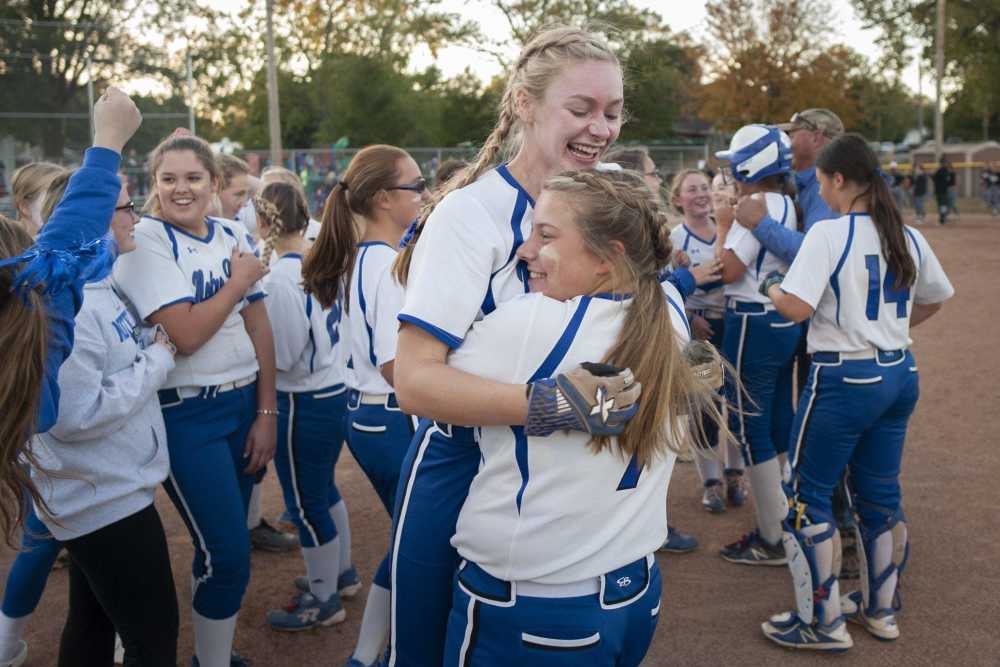 The Bulldog hitters, who have been productive all season in averaging over 10 runs per game, had gotten just a couple of hits and no runs from that aforementioned group in 15 at-bats.

The Pirates’ dilemma was that the game was seven innings, not six.

Notre Dame trailed 3-0 in its final at-bat, but took advantage of a defensive collapse by Perryville and scored four runs to win 4-3.

The victory was redemptive for Notre Dame, which lost to Perryville in the 2018 district semifinals, as well as recently as last week in the regular season.

“I thought we were a better matchup with North County (the other semifinalist),” Graviett said. “But the competitive person that is inside of me wanted to beat Perryville.”

Brown had allowed just five hits and no runs while striking out four through six innings, and very few people filling the stands at the Perryville City Park — aside from Graviett — felt positive about the Bulldogs’ chances entering the seventh inning.

“I wasn’t really worried,” Pirate coach Dustin Wengert said. “Going into the inning, we were through the heart of their lineup.”

Notre Dame’s No. 6 hitter Kadi Dohogne led off the inning by getting hit by a pitch. Wengert may not have been “worried” by that, but he knew what such a mistake could lead to.

“How many times do you see a walk or a hit batsman kind of start off something like that,” Wengert said, “and that is what happened.”

With Dohogne on first base, Ashley Carrow got a hit through the infield into left field for a single, before consecutive errors by Pirate infielders allowed pinch-runner Emma Steimle and Carrow to score and cut the Bulldogs’ deficit to 3-2.

Notre Dame hitters Kalie Compas and Caroline Lochmann were the beneficiaries of those miscues and it was the job of senior leadoff hitter Riley Burger to keep the Bulldogs’ hopes alive.

Brown had dominated Burger all game, which included no hits in three at-bats and a pair of strikeouts. However, Burger got a hit into left field, which scored Compas to tie the game at 3-3.

Brown got a pair of outs, but with one more still needed, Notre Dame senior Grace Lemons, who had three flyouts to center field at that point, connected for an RBI single into left-center field to win the game.

“We have been preaching all year that our offense was good enough that we could never say die,” Graviett said. “There was proof of that today.”

The victory gave Notre Dame its 10th district title in the past 13 seasons.

For Perryville (19-9), the loss closed the program’s most successful season since 2010.

“It’s tough,” Wengert said. “What do you say? They are 19-9, and if you would have told me that at the beginning of the year, I would have taken that.”