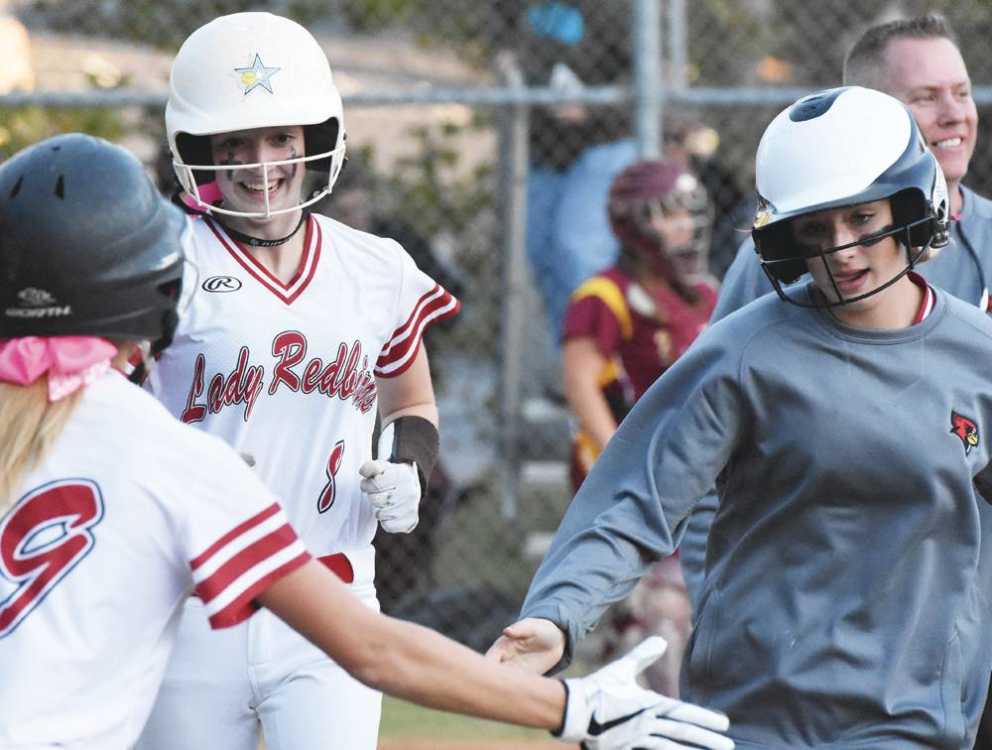 Now that they have returned to the MSHSAA Class 2 state softball bracket for a second consecutive year, the bullseye may finally be off the backs of the East Carter Redbirds.

Makenna Moore pitched her fourth consecutive shutout Thursday, allowing two hits while striking out 10 batters, as the Redbirds repeated as district champions with an 8-0 win over Neelyville at Three Rivers College.

As her team celebrated, East Carter coach Teresa Kearbey-Legrand seemed relieved to be moving to the sectional playoff Wednesday back at TRC’s Rains Field. The opponent will be the District 2 champion. Kelly and St. Pius X will meet for the district title Friday afternoon. 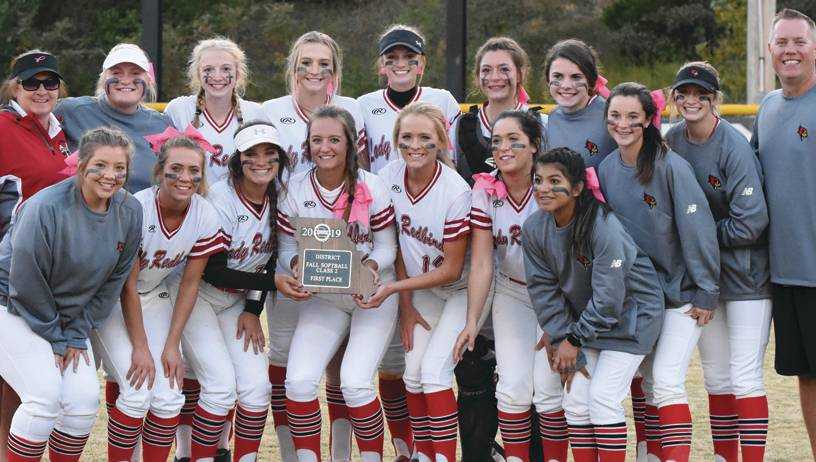 “It’s amazing. You do it once (win a district title) and every team comes after you, and they are on fire,” said Kearbey-Legrand, whose team improved to 20-6. “But our girls have stayed on fire, too. They’ve hit well, their defense is wonderful and Makenna has been outstanding.”

Neelyville, the tournament’s third seed, had plenty of reasons to believe it could contend against the No. 1 seed after knocking off second-seeded Twin Rivers 9-5 in Wednesday’s semifinals. The Tigers carried a six-game winning streak, a lineup that had been shut out only two times in 27 games and a close 4-2 loss to the Redbirds still fresh in mind from Oct. 3. But an injury to third baseman Brooke Griffen in the emifinal forced Tigers coach Cindy Siebert to shuffle her defense for the championship game. Seven defensive errors were costly for Tigers pitcher Payton Reinbott, who allowed only one earned run in seven innings.

“Defensively we had a lot of girls in positions they weren’t used to playing but we also had a lot of mental mistakes and offensively we didn’t get it done,” said Siebert. “But I’m super, super proud of our girls. This game doesn’t define our season.”

Neelyville finished with a 15-13 record.

Through the first 3-1/2 innings, a pitching duel was shaping up between Moore and Reinbott with the Redbirds holding a 1-0 lead thanks to back-to-back doubles with two outs in the first inning from Rylee O’Dell and Moore.

Moore didn’t allow a baserunner until one out in the third when Neelyville’s Ryleigh Moore bunted and reached base on an error. The Redbirds pitcher retired six more batters in a row before Natalie Akers picked up Neelyville’s first hit with a one-out double in the fifth. Moore struck out the next two batters to leave the runner stranded. Moore allowed just one runner to reach third base.

East Carter took advantage of the Tigers’ fielding woes to add two runs in the fourth and three more in the fifth to lead 6-0.

A dropped fly ball in the outfield put Kennedy Thies on base with one out in the fourth. Audrey Carter’s ground ball was thrown away for an error and allowed Thies to score. Carter stole second and came home on another throwing error when she attempted to steal third.

With one out in the fifth, Elizabeth Crowley reached base when her bunt turned into another Tigers error. O’Dell followed with a bunt single. Both runners scored on a double steal when the throw to third ended up in the outfield. Moore followed with a fly ball that was dropped in the outfield, allowing her to reach third. Thies followed with a long sacrifice fly to center to push the lead to 6-0.

O’Dell contributed two of the eight hits for the Redbirds and finished with two runs batted in. Carter scored two runs and stole three bases.

Moore didn’t give up a walk until one out in the seventh, then issued two in a row as Redbirds fans were going into celebration mode.

“It may have been may adrenaline,” Moore said. “There was a lot of excitement with everyone celebrating. But we all pulled together and got the last two outs.”

Redbirds third baseman Audrey Carter ended the game with a double play, snaring a foul pop-up, then throwing out the base runner at first, who was late getting back to the bag.

“You can’t take anything away from Neelyville,” said Kearbey-Legrand. “They have good pitching and some really good hitters. They keep you on your toes.”

East Carter finished fourth in Class 2 last season, winning a pair of one-run games against Kelly and Montgomery County to reach the semifinals.

“This (district title) feels just as good as the first,” said Moore. “We’re going to just keep playing Redbird softball and play how we know to play.”

Editor's note: This story has been updated to show that the third baseman made the game-ending double play.