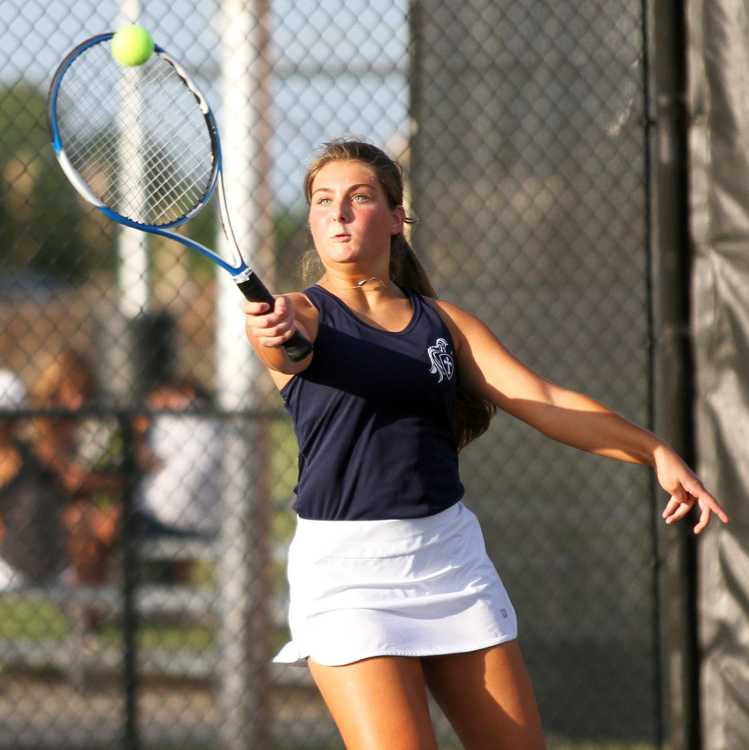 Addie Johnson posted a double-double with 20 kills and 11 digs as the Woodland volleyball team had to claw deep after dropping the first set to come back and down Meadow Heights in the 18-25, 25-17, 25-18 three-set thriller victory on the road Thursday in Patton, Mo.

Ally Whitener also notched a double-double with 23 assists and 10 digs for the Cardinals, who upped their record to 13-2-3. Kaitlyn Zajicek provided 19 assists for Woodland, which got eight kills and four blocks from Maddison Altenthal and 10 digs and six kills from Emma Brown.

Molly Conrad slammed seven kills and Gracie Cook added four kills to pace the Panthers, who fell to 6-12. Kylee Denman posted six assists and three digs for Meadow Heights, while Josey Wahlers finished with five service aces, five digs and two blocks. The Panthers are back in action Monday when they travel to Fredericktown.

Woodland returns to its home court on Monday when it will face Oak Ridge.

Kyla Beel recorded a game-high 13 kills and served five aces to go along with her five digs as the Wildcats notched the conference road victory.

Zalma (5-9-2, 0-2) will look to bounce back today when the Bulldogs take on winless Puxico on the road.

Sophomore Paige Glueck once again led her team with 11 digs, seven kills and three assists in the straight-set triumph at home over the winless first-year Eagles.

East Prairie (0-13) will have another chance for victory Monday when the Eagles host Doniphan.

Junior Marissa Cooper put down 13 kills and had three digs as the Indians edged the Eagles in three sets to come away with the conference win in Hillsboro, Mo.

The defending Class 1 state champion Hornets had no problems disposing of the Crusaders in the sweep on the road.

Advance (8-1) will travel to Dexter on Monday in what could determine the regular-season SCAA Conference championship as both the Hornets and Bearcats are undefeated in league play.

Saxony Lutheran (5-12-1) is at crosstown rival Jackson on Monday.

No additional information was provided.

Jackson (9-1-3) resumes tournament action at 9 a.m. Saturday against Timberland in the second round of the Gold Division Bracket.

No further details were submitted.

Grace Lemons blasted a home run, a double and drove in four runs to lead the Bulldogs in the road win over the Indians at Jackson City Park.

Hailey Kutz tossed six innings to earn the win for Notre Dame (16-3). She allowed six earned runs on 10 hits with two strikeouts and two walks. Brittany Porter pitched the final inning to get the save for the Bulldogs.

Karli Johnson went the distance in the circle and suffered the loss for Jackson (8-6). She surrendered eight earned runs, walked five batters and struck out three.

Ashlyn Prince smacked a home run and batted in two runs to pace the Indians.

Catie Davis hit a double to record the only extra-base hit of the game in the Tigers' loss to the Blue Jays on the road in Festus, Mo.

Elizabeth Turk pitched 3 1/3 innings and was tagged with the loss for Cape Girardeau Central (4-10). She gave up four earned runs on six hits, walked two batters and had no strikeouts.

Megan Payne picked up the complete-game win in the circle for Jefferson (6-6). She allowed two earned runs and recorded four strikeouts and two walks.

Catryn Cattoor doubled twice among her four hits and drove in four runs to lead the Blue Jays.

Dayton Strattman recorded two goals and one assists as the Pirates blanked the Crusaders on the road.

Austin Welk contributed one goal and one assist and Dillion Schlimpert sank the other goal for Perryville (11-2). Carson Adams and Jake Unterreiner provided one assist apiece for the Pirates.

Goalkeeper Ty Baudendistel had three saves to get the shutout.

Saxony Lutheran (5-6) will look to rebound Tuesday when the Crusaders host Anna-Jonesboro, Ill.

The host Tigers only dropped one match in their defeat of the Indians for the second time this season.

Alice Mansell was the lone victor for Jackson (7-9-1) in her singles match with Anita Kellum.

Cape Girardeau Central improved to 15-2. Both teams will be competing in the SEMO Conference Tournament today in Poplar Bluff.

Sydney Turner and Skyler Soto were the lone victors for the Crusaders in their doubles match as Saxony Lutheran suffered their first loss of its inaugural season.