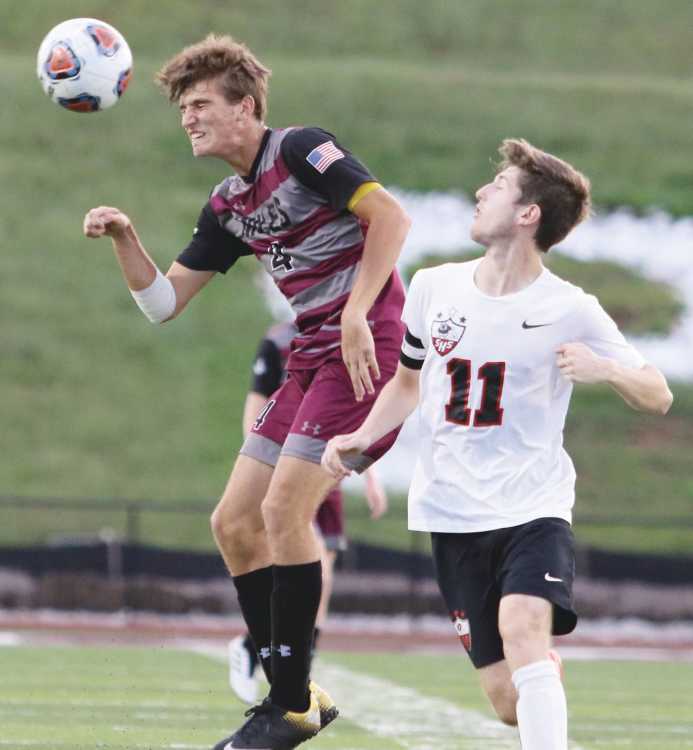 The signs were there during a 3-0 loss at Jackson earlier in the week and again Thursday night at Mules Stadium in a 4-0 win over Sikeston — the Poplar Bluff soccer team is starting to figure things out.

“I think we finally came together as a team,” Poplar Bluff senior Noah Kanell said. “It’s taken us how many games? But we’re finally coming together and making everything work out.”

Zak Lipsy scored twice, Alex Ketcherside scored his team-leading seventh goal of the season and Hayden Pinderski added a goal and an assist for the Mules (3-11). Tommy Holland assisted on two goals as Poplar Bluff snapped an eight-game losing streak. 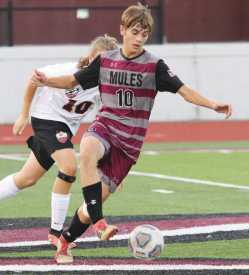 “I think we’re doing that,” Crafton said. “We’re passing the ball really well side to side, which we hadn’t done in the past. But I think we’re getting better game by game.

Said Kanell, “It takes growth. It takes a long time but once it comes together, it works.”

Poplar Bluff also scored its first goal of the season off a corner by using a play that an opposing team used to score against the Mules.

Lipsy redirected a corner by Holland in the 48th minute for Poplar Bluff’s final goal and the sophomore’s fifth of the year.

Lipsy scored Poplar Bluff’s third goal in the 15th minute with a one-touch shot off a pass from Pinderski.

It came just 82 seconds after Lipsy started a run with a pass to Holland up the right side. Holland sent a one-touch cross in the front of the net that the Sikeston keeper made a diving save on. Ketcherside ran on to clean things up with the rebound goal.

Pinderski’s fifth goal of the season came in the 11th minute on a long shot from the middle of the field. His shot from 22 yards out found the net just inside the far post to break the scoreless tie.

“It’s always better playing with a lead,” Ketcherside said. “We had some players drop back after that, but it was all pressure from there on so we just kept pounding on them.”

Poplar Bluff’s scoring burst in the first half all came within a five-minute stretch but the Mules kept up the pressure for much of the night on Sikeston (0-15).

Justin Moses and Dawson Vaughn combined for a shutout with Moses coming out to play the field in the second half.

Moses made a save to keep it a three-goal lead in the 17th minute as Sikeston senior Ethan McLard made a run up the left side and crossed to the near post. Moses also stopped a high shot in the 33rd minute.

“It’s a lot of communication that comes with it,” Moses said of the defense. “Everybody’s got to step up their game with a lot of effort. Quinn Johnson has been doing a very good job back there for us recently, especially in the Jackson game.

“We’ve been doing a lot better job communicating with the runs and everything, so we come together as a group.”

The Mules had eight corner opportunities and converted on the in the 48th minute. Holland’s volley in front of the net sailed over Ketcherside’s head as the junior jumped to meet it, but the ball was redirected into the net by Lipsy.

Crafton said stole the play from an opponent when they used it to score off a corner against the Mules.

Poplar Bluff had more scoring chances in the second half but couldn’t add to the lead. Ketcherside clanged a shot off the crossbar in the 70th minute, two minutes after Sikeston’s keeper stopped a shot by Jon Grimaldo.

The Mules also picked up a win when Union was forced to forfeit its season-opening 4-3 win over Poplar Bluff due to using an ineligible player.

Poplar Bluff improved to 2-1 at Mules Stadium this season, their lone loss to Cape Central. The Tigers host Poplar Bluff on tuesday before the Mules return home to face Notre Dame on Oct. 8.

Crafton said after the game the Mules would have Friday’s practice off.

“We need the rest,” Crafton added. “The last two weekends playing all those games, my gosh. … So they deserve it.”