SEMO baseball has the goal of getting healthy this fall 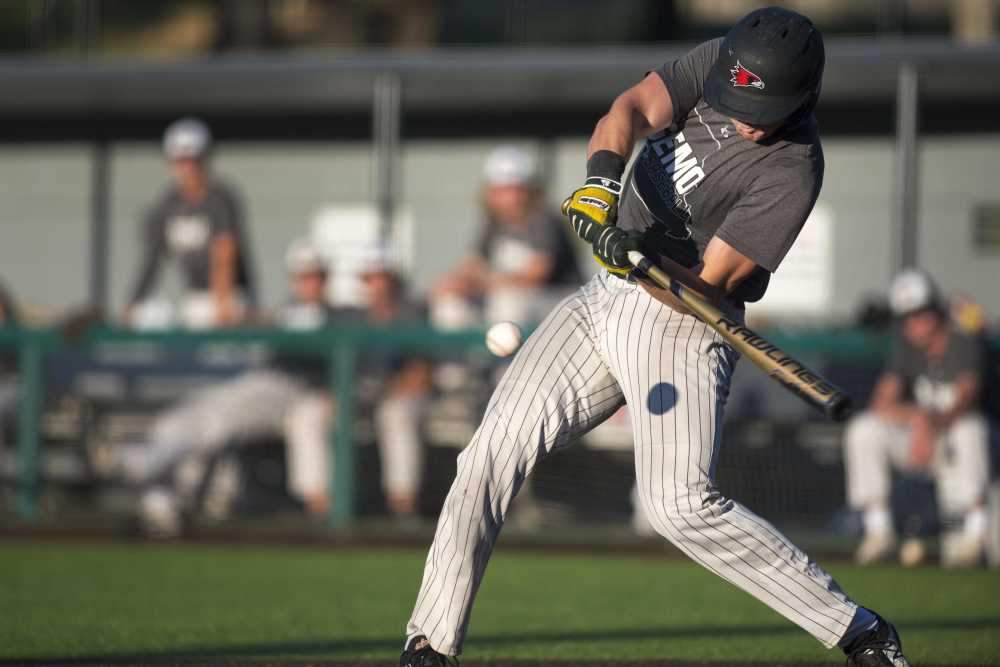 Fourth-year Southeast Missouri State baseball coach Andy Sawyers is still four-plus months away from leading his Redhawks into a game that counts in the standings, but there was no hiding his excitement to get back on the field turf at Capaha Park Monday for the first of six weeks of practices, scrimmages, and a pair of exhibition games.

“We have good talent,” Sawyers said of his 2019-20 roster. “You can’t win with bad players, but you can lose with good players.

Sawyers’ team will train over the next month and play a pair of exhibition games (Oct. 8 vs. Jefferson College and Oct. 12 vs. Evansville), before starting its traditional “World Series,” which is a seven-game intrasquad match-up from Oct. 21 through Nov. 1.

He wrapped up a five-inning scrimmage Monday by talking with his group about how the New England Patriots conduct themselves on the football field and philosophically, which led to his point about wanting his student-athletes to know HOW to be successful in wake of a 23-32 season last year (10-20 in the Ohio Valley Conference).

“We have good players,” Sawyers said. “The most important thing is getting past the ‘I’m a good player and I’m going to get my at-bat or get my inning of work.’ It is getting over that and getting to the point where we are playing to win, learning how to win, and doing what it takes to win.”

The first step for the Redhawks being able to win is to actually be on the field in 2020.

Ironically, all are left-handed hitters.

“The biggest part of our struggles last year was sheer personnel,” Sawyers said. “We played a month without a left-handed hitter on the team.”

That played a big part in Southeast finishing ninth in the OVC in hitting and dead last in power.

“The most important thing will be getting our personnel back and getting them healthy,” Sawyers said.

Senior infielder Danny Wright did play in 50 games last season, but Sawyers said he has not been 100 percent in awhile. However, he likes what he has seen from him this fall in workouts.

“Danny Wright is swinging the bat for the first time in a couple of years like he is healthy,” Sawyers said. “We need our good players on the field playing.”