Summer school was definitely in session for SEMO athletes 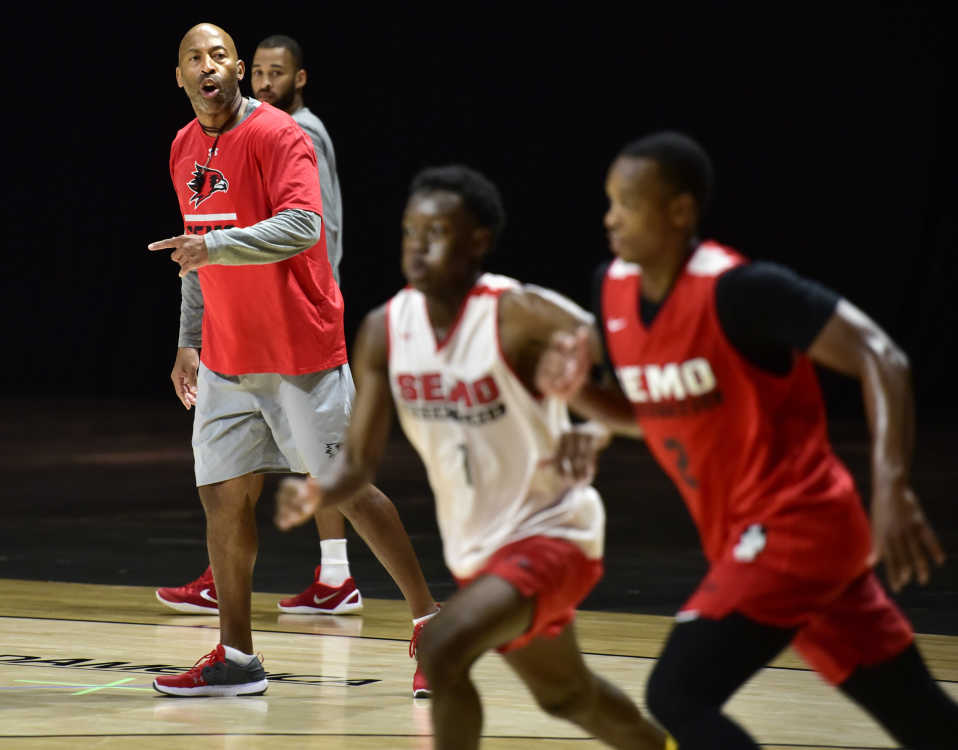 Summers are supposed to be centered on beaches, baseball, and barbecue, but certainly NOT biology. However, when you are a student-athlete at Southeast Missouri State, summer may mean several things, but classwork IS a part of it.

“It is my core values and it is how I was raised,” fifth-year Southeast coach Rick Ray said of his emphasis on academics. “It is really important to me that our guys leave here with a meaningful degree. But not just a meaningful degree, but also to be educated.”

The Southeast players totaled a 3.31 grade point average, which was the second-best in Redhawk history and within that group, a dozen of the student-athletes managed a 3.0 GPA, while seven had perfect 4.0 GPAs.

“This is what we preach and what we sell in our recruiting,” Ray explained. “I tell guys that if they are not serious about being a true student-athlete, you shouldn’t come here because you are not going to make it.”

“Making it” could – and does – involve work by the Southeast players and not always at ideal times.

Ray and his coaches monitor the minutiae of the players' academics and if there is any type of misstep then early morning or late at night conditioning session looms in that player’s future.

“It always surprises me,” Ray laughed, “when you have somebody who has a transgression academically and the first time you have some sort of punitive run for that, the young man looks at us like we’re crazy.

“We’re like ‘No, no, no, we said this remember? We talked about this.’ This is not just a recruiting pitch like a lot of people do. We actually follow up on it.” 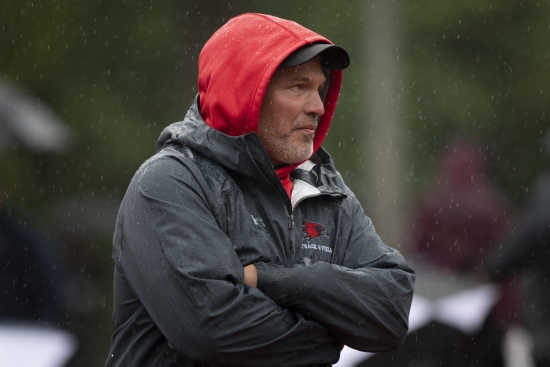 Southeast Missouri State track coach Eric Crumpecker watches his athletes compete during some inclement weather this past May at the OVC Outdoor Track and Field Championships at SEMO. Jacob Wiegand ~ Southeast Missourian

And Ray isn’t alone in his priorities. As it turns out, it is part of the Southeast athletic culture.

The Ohio Valley Conference recently announced its academic honors and Redhawk athletes were named in abundance.

There were 268 OVC student-athletes that recently received the OVC Academic Medal of Honor (carrying a 4.0 GPA through the 2018-19 school year) and 42 of those were Redhawks.

Included in that group were 13 members of the Southeast track and cross country programs, who were guided in this positive direction by veteran coach Eric Crumpecker.

“It’s special,” Crumpecker said of the recognition. “But I don’t really have to emphasize (academics) to the kids we get here.”

Crumpecker explained that being strong athletically AND academically begins in the recruiting process; it isn’t something that gets implemented once the athletes arrive on campus.

To stretch his scholarship money, Crumpecker tries to find athletes who are talented and smart already. Many of his athletes receive academic aid in addition to athletic scholarships.

“We try to recruit people who are serious about going to school,” Crumpecker said. “They are here to get their degree and track is secondary.”

Well, it’s not THAT “secondary.”

The Redhawk outdoor track programs both earned runner-up finishes at the OVC Championships this spring and Crumpecker has been named as the league’s top coach three times.

The Southeast women weren’t just good academically this spring they were great.

The Redhawks had a team GPA of 3.67, which ranked third in the entire nation. Having said that, when the team gathers in preparation of Monday’s start of classes, Crumpecker will have a challenging message for his athletes.

“Believe me,” Crumpecker said, “I’ll be making a point that they know what we pulled off. We’ll make a big deal about it.

The OVC also recently announced its Commissioner’s Honor Roll (3.25 GPA for the school year) and Southeast had 168 student-athletes recognized, which Ray attributed to the university has a team approach toward academic success.

“One thing that has really helped,” Ray said, “is the administration has put more resources into the (Holcomb Success Center). That has helped.”

The women’s track squad was the recipient of the Team Academic Achievement Award and they weren’t alone.

The Redhawk women’s cross country squad, as well as the women’s tennis team, were also recipients of that honor.