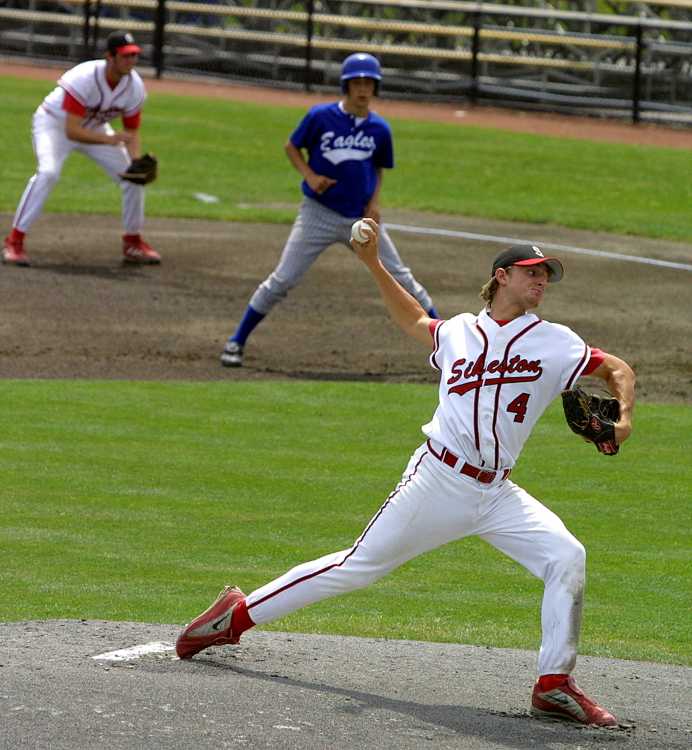 After all — on Monday — Rhodes was announced as, not only, the program’s eighth baseball coach, but it also marked the beginning of what will be his first head coaching position. 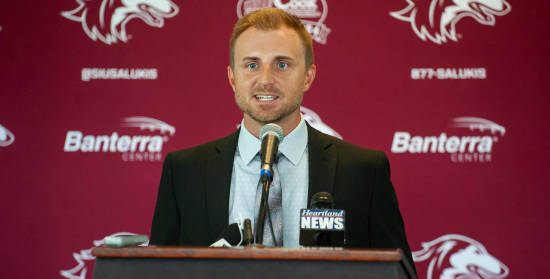 “It was kind of a loss of words moment,” Rhodes said. “You put all this effort and time into getting the job and then when you finally get that call, and you realize that they offered it to you, almost kind of leaves you speechless for a split-second. Just being thankful, just the opportunity to work for an athletic director who has a vision of wanting to be super successful is awesome, and it something that I’ll just continue to appreciate, as the days go on. But, I’m just super appreciative of everything right now.”

Pitching was a strength for Rhodes, who helped lead Sikeston baseball to some of its greatest seasons in recent memory.

Rhodes’ prowess on the mound continued into the college ranks as well.

After two seasons at Saint Louis, where Rhodes finished with 21 appearances and nine starts, he transferred to Southeast Missouri State, where he returned to his form from the Bulldogs.

In two seasons with the Redhawks, he pitched 37 times, finishing with a 5-5 record in 67 innings. He totaled 43 punchouts during his time.

Pitching is Rhodes’ forte, and going into his first season with Southern Illinois, he is taking over a staff that needs improvement. The Salukis finished last season sixth out of eight teams in ERA, at 5.13 and an overall record of 26-29.

Growing up in Sikeston, the connections that Rhodes has come not only from high school coaches but travel ball coaches as well.

The more connections you make, the better, and with Rhodes being close to an area where he not only played but coached and succeeded, is an aide to recruiting that he said he would use to his benefit.

“It’s fortunate that my first head coaching job is in an area that I’m very familiar with,” Rhodes said. “So, being able to use the resources that I have; the connections with the high school coaches, connections with the travel ball coaches in this area is going to be huge — and getting the leads on players that potentially could play for us. You know, we want to dominate the Southern Illinois area for sure, we want to be able to recruit really good in our own state, right here in this region, and it definitely helps when you have the connections and know the area as much as I do. It’s a help, but you still got to get out there and work.”

The Southeast Missouri area continues to produce quality baseball teams and players every season, which could help Rhodes build a pipeline to the Salukis as a result.

To him, though, it’s all about building a bond and making sure a recruit trusts not only the layout of the program and what to expect but also the personality that a coach has as well.

“The recruiting process is all about relationships,” Rhodes said. “You got to start that early in the game and just getting the player to feel comfortable with you, and letting them know that you care about them as a person and that you have their best interests. You want to help them develop, you want to help them develop as a person, as a player and once you build that relationship and you can get them on campus, and we have all the resources and facilities here to be very successful. So, the campus will sell itself; we just got to be able to build that relationship with the kid and get them on campus. Once we can do that, then we have the opportunity to land some pretty special players.”

Billed as a strong recruiter, Rhodes knows how to sell to players. 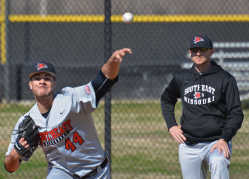 Two notable individuals that he has built relationships with include Joey Lucchesi and Kameron Misner.

Lucchesi is currently in the starting rotation for the San Diego Padres, and Misner got drafted in the first round this season, to the Miami Marlins.

After seven seasons as an assistant — four at Southeast Missouri State University and three at the University of Missouri — Rhodes now has the opportunity to lead a program that has not had a 30-plus win campaign since the 2012 season, in hopes to change the Salukis’ fortunes for the near future.

With his track record, that could be realized sooner rather than later.

SEMO improved by three wins in Rhodes first season on staff, with 26, and one win in the Ohio Valley Conference, with 13.

Then, after a full year of recruiting, the Redhawks found themselves on the verge of winning three-straight conference championships. From 2014-2016, SEMO won nearly 64 percent of its games, including 74 percent in the OVC.

Turning programs around are what Rhodes is known to do, and Southern Illinois is looking to reap the benefits of someone that grew up 76 miles away from the campus.

“It’s all about being builders, and I’ve had an opportunity to be on two staffs that’s helped build SEMO and helped build the University of Missouri,” Rhodes said. “That’s what we’re looking for, somebody that has that vision of building, building this program into something that it hasn’t done before, or hasn’t done in a long time. This program at one point was very, very successful and we just want to build off the foundation that’s been laid. Like I said, it’s about the relationships, getting the players to trust you. We have the facilities, we have the resources here on campus and the administration that wants to win, so we just got to go out, as coaches, and surround ourselves with great people and great players, and we’ll be in good shape, as far as good things happening to us on the field.”

On March 30, the Missouri Valley Conference announced that Southern Illinois’ Itchy Jones Stadium was the 2020 host of its conference tournament — the first time in 34 years that the Salukis have hosted.

Thrilled to have it in their backyard, Rhodes said that adds another tool to use when it comes to luring talent from rival schools, and added that the facilities would do the talking.

“It’s definitely going to draw in fans,” Rhodes said. “Hopefully, when those fans get here, and they realize how nice our campus is, they realize how nice the stadium is, and they can open their eyes to a possibility of seeing themselves here. So, there’s nothing bad that can come from us having a tournament for sure and to be able to have that conference tournament right here in our back yard, where we don’t have to leave our houses, is awesome. It’s something that I’m super pumped up, but it’s definitely going to be a benefit for us from the standpoint of us just having kids on our campus.”

Coaching against his alma mater

Southern Illinois and Southeast Missouri State play each other twice every season.

It is a tradition that has gone on for both schools in 18 of the last 19 seasons — in 2016 the two schools only met one time — and is one factor that Rhodes is looking forward to the most.

“It’s always a situation where you face a team that meant so much to you; it’s kind of those mixed emotions,” Rhodes said. “I absolutely loved my time at Southeast Missouri State and wouldn’t trade it for the world. There’s a lot of special things to Cape Girardeau and to that university, where I met my wife and I worked there for four years, and just built numerous friendships there in Cape Girardeau. So, it’s always, like I said, a bag of mixed emotions when you play that university. So, for me, I have nothing but respect for everybody in that athletic department, and it’s just a friendly competition. Obviously, I want them to do as well as they possibly can in 54 of their 56 games — the two games that they play us, I want to win. Any other time, I want them to have the most success that they possibly can have.”

Coaching in a competitive conference

The Missouri Valley Conference has shown to be one of the better mid-major conferences in the country over the years.

In 2019, Indiana State, Dallas Baptist, and Illinois State all advanced to the Round of 64 with their eyes squarely on Omaha and the College World Series. It was also the 26th time in 39 seasons that multiple teams earned that right.

Additionally, five Missouri Valley teams have advanced to the College World Series since its inception, with Southern Illinois advancing once.

Being able to coach and recruit among some of the best, is one thing that drew Rhodes to the position with the Salukis, and is one that he said he is going to embrace.

“Having an opportunity just to compete in the Missouri Valley Conference and do it for a program that has the storied success that we’ve had, is something that, when I started looking at the job, got me really excited,” Rhodes said. “Just the opportunity to compete in a league that’s had three teams go to a regional last year, and prove that they can play with anybody in the country. So, the competition is what drives all of us as coaches, and to be able to be a first-time head coach in such a competitive league is exactly what drew me to this job.”