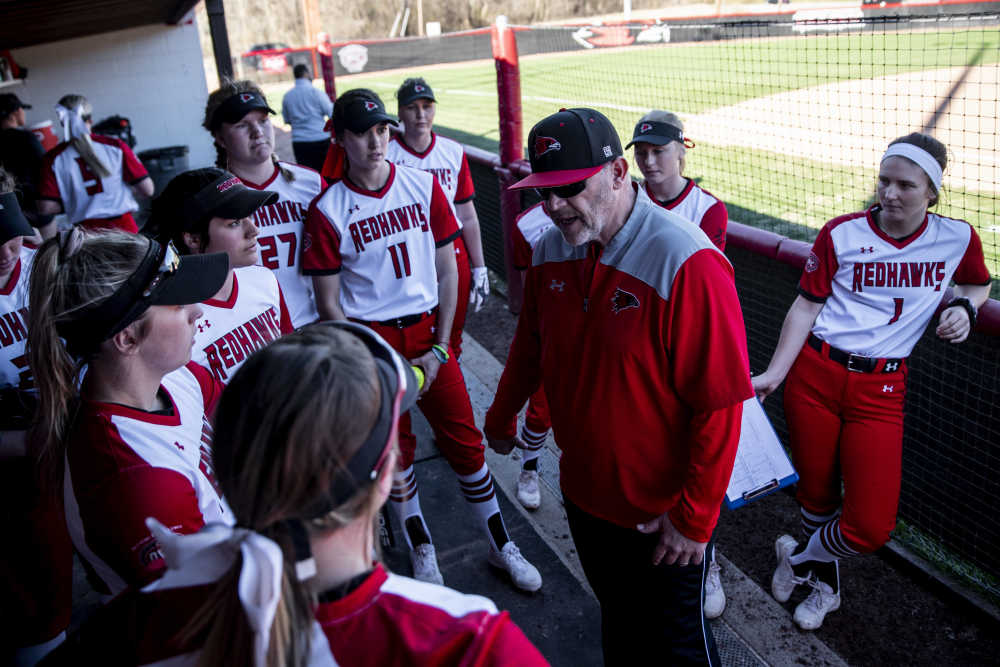 It’s easy for a fan or recruit of the Southeast Missouri State softball program to have confidence in the job that coach Mark Redburn has done today. After all, the Redhawks have made history over the last two seasons. However, take a step back a few years and what becomes clear is just how foretelling the vision of the Southeast leadership was.

“Mark Alnutt and Cindy Gannon were the ones who hired me,” Redburn said. “I am so thankful that they gave me that chance and that opportunity to do, at that point, what I knew needed to be done from a coaching perspective.”

Redburn and his Redhawk assistants, Kristen Jones, and Bill Graham, were recently named as one of 11 coaching staffs to be recognized by the National Fastpitch Coaches Association as the 2019 Division I Regional Coaching Staffs of the Year.

Southeast and Louisiana Tech shared the honor in the Mideast Region and joined Oklahoma, Minnesota, Virginia Tech, Oklahoma State, James Madison, Washington, Alabama, Florida, and UCLA as the other staffs to be recognized.

Of those 11 programs, a national winner will be named later this month.

There was something about Redburn that appealed to Alnutt, then the director of athletics at Southeast (and now in the same capacity at the University of Buffalo) and Gannon, who was then the senior associate director of athletics and now serves as the assistant general manager for the Cape Catfish. But as much credit that goes to Redburn for leading the Redhawks to their most successful season ever (46 wins), that is also how much goes to Alnutt and Gannon for believing in Redburn when few did. 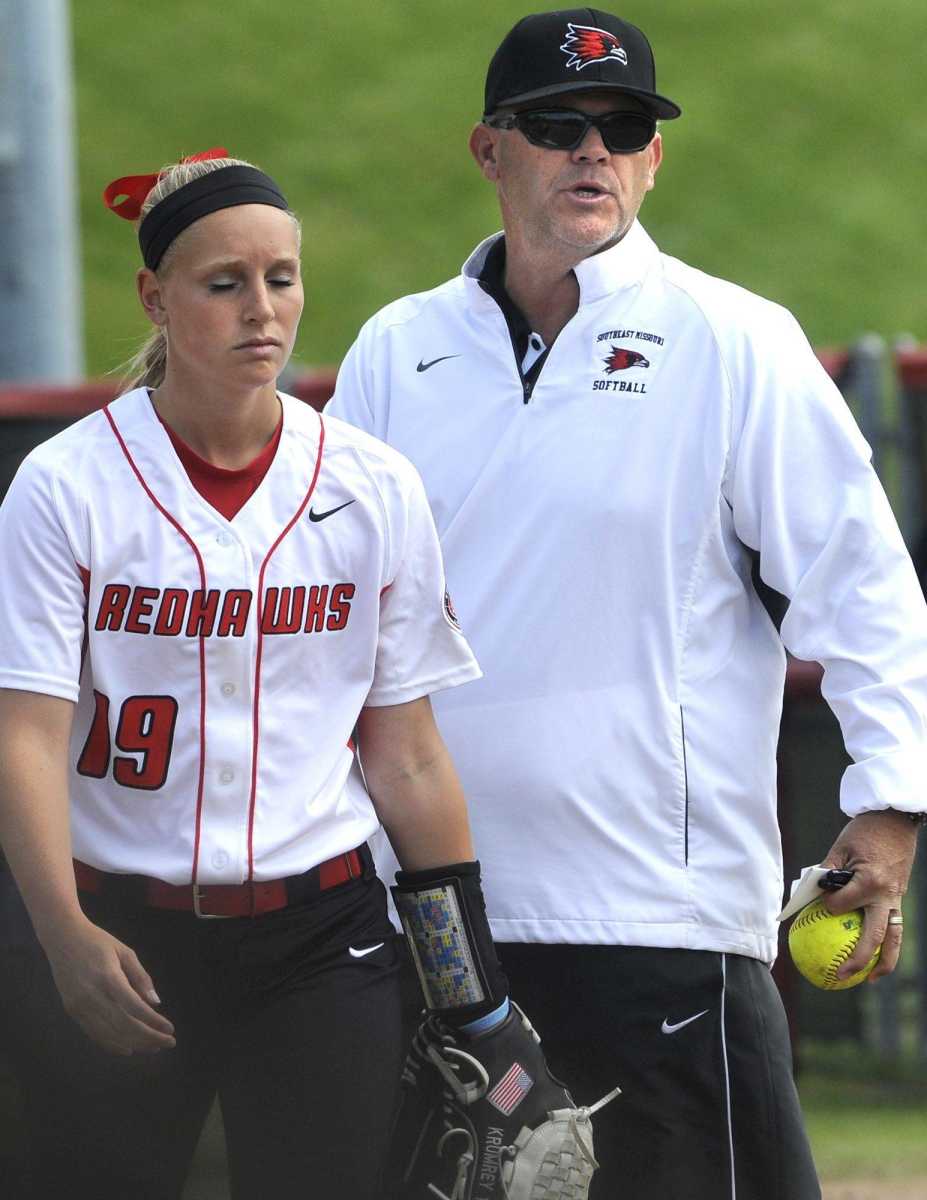 A lot is made about the diligence put forth by athletes to develop, but sometimes cast into the shadows is the same effort put forth by coaches.

Redburn had achieved success as a head coach at St. Charles Community College and Jefferson College, as well as helping Missouri to advance to the 2009 College World Series as an assistant. However, much like one of his Redhawk players that goes through a trying time, Redburn also had to figure his way through an adverse stretch of his career.

He took over the program at the University of Evansville and had some degree of success on the diamond (the Purple Aces won 90 games in his five-year tenure) and a lot off it (his final four squads achieved grade point averages of 3.1 or higher). However, five consecutive losing seasons weren’t enough to save his job.

“Coaches are just like athletes,” Redburn said. “There are times where you are wondering ‘What am I not doing?’ It just was not the right fit and that was extremely tough. I’m not going to lie.”

Like the mechanics of one of his pitchers, Redburn broke down his approach to the finest detail and thought through how he felt a program should be constructed. When Alnutt and Gannon showed confidence in him, he laid out his vision from the very first team meeting with the Redhawk student-athletes. 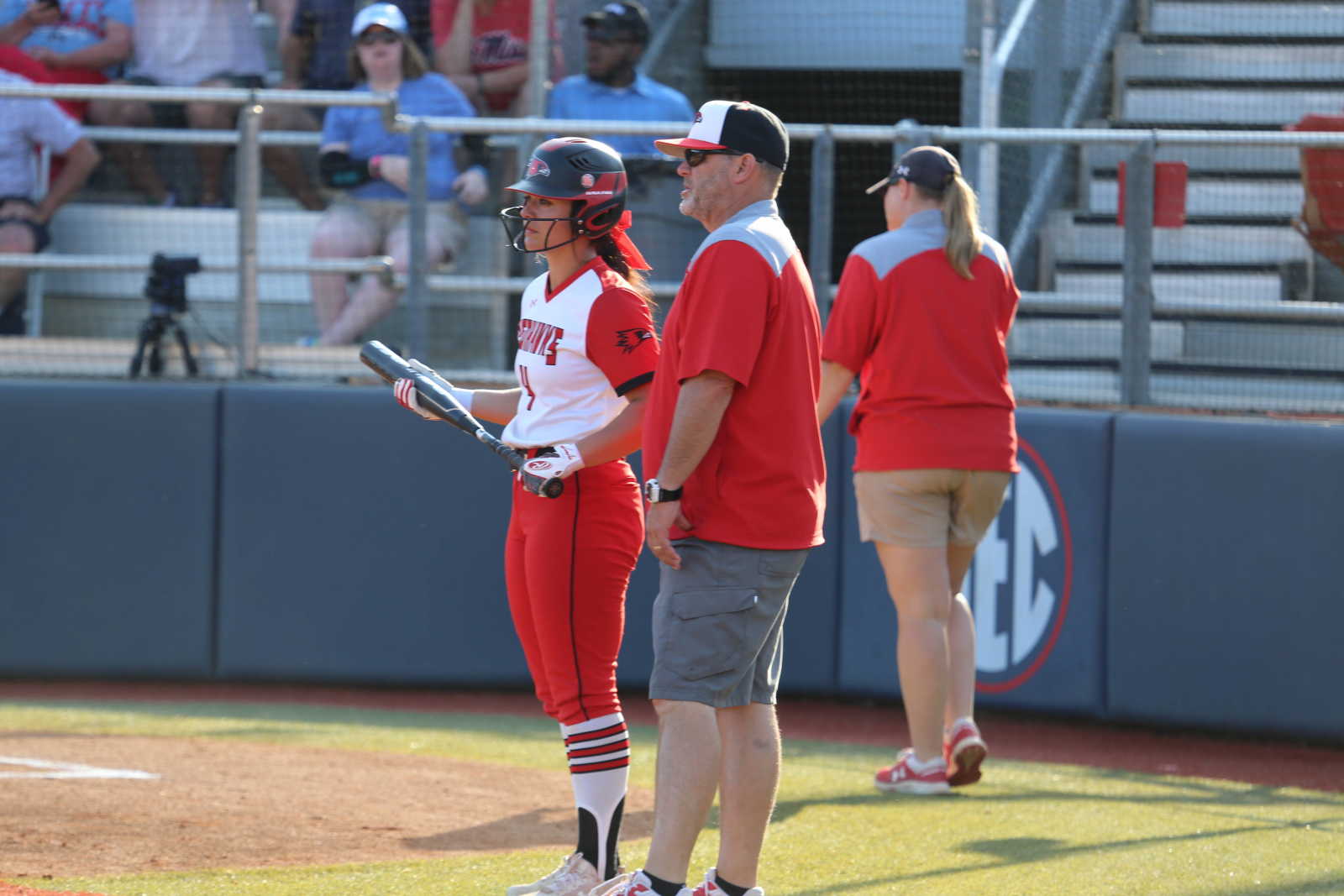 In the two years prior to Redburn’s arrival in Cape Girardeau, Southeast lost 38 of 47 OVC games. The program needed a new leader, but more importantly, it needed a new path to follow.

“I knew that I could turn a program around,” Redburn said. “But I also knew that it was going to take some time.”

The pairing of the struggling Redhawk players and their likewise coach proved to be perfect from the outset. He needed to regain confidence in himself and the Southeast players needed to know that someone believed in them, as well. But first Redburn noted, they needed to demonstrate as to why they deserved any faith.

“My very first meeting with the team was about our vision and where we wanted the program to go,” Redburn said. “When I first came in, there was no pride about wearing black and red, let alone, SEMO softball. We talked about that. If you don’t have the pride to wear this, then I can’t use you here.”

The Redhawks improved from 3-20 in the OVC in 2014 to 12-12 in Redburn’s first season. So to watch this program go 32-12 in league play over the past two seasons is nothing short of “magical,” which is how Redburn described the 2019 season.

“To have everything happen the way it did,” Redburn said, “and I tell you, as a coach, you get very close to your players, and that senior class was my first recruiting class, and they are always going to be special.”

That group grew from 39 wins as freshmen and sophomores to 79 as juniors and seniors. It won the OVC regular season and tournament titles and played in the 2019 NCAA Regional.

They grew and Redburn grew, which is how it should be.

“It was team No. 43 (at Southeast),” Redburn said. “I can’t say enough about what they did to put their mark on this program.”

That goes for their coach, too. 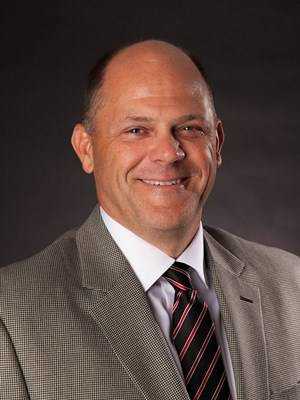