The heart of Capahas baseball, Mary Bolen dies at the age of 71 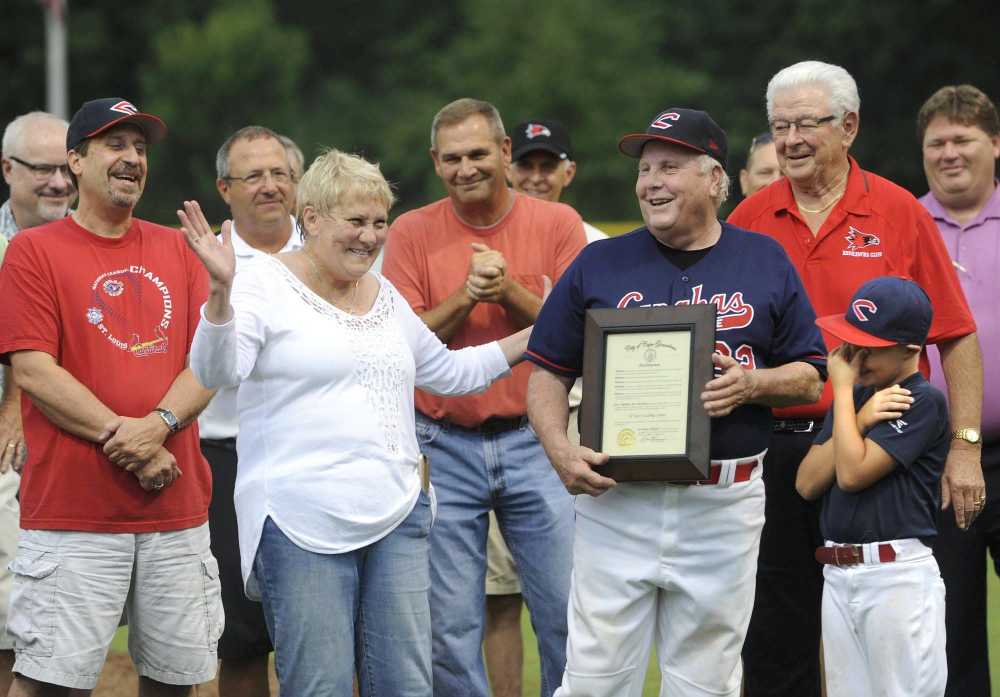 Mary Bolen acknowledges the crowd's applause for her support of the Capahas baseball team with husband Jess Bolen during a ceremony before the game with the St. Louis Raging Bulls on Tuesday, July 26, 2016 at Capaha Field. It was Jess Bolen's final home game of his 50-year career.
Fred Lynch

Look at a map and imagine Cape Girardeau as a human body. Now imagine the geographical location of its heart and your eyes are drawn to Capaha Park.

Zoom in even further and you would see that the beating heart behind so much of what went on there for the last half century was Mary Bolen.

On Friday, that heart took its last beat, as Bolen died at the age of 71.

While Jess Bolen, after 50 years as manager, may have been the face of Capahas baseball -- the longest running amateur baseball team in the country, dating back to 1894 -- his wife was the driving force behind the scenes.

Her official business title, according to her obituary, was Executive General Manager, but Bolen treated the Capahas more like a family than a business, and in that sense her role may have been more accurately described as the matriarch of Capahas baseball. 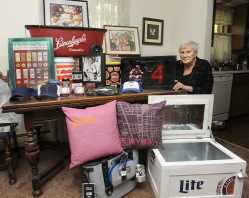 Mary Bolen poses in this June 21 file photo ahead of the Capahas' annual auction to raise money for the baseball team. Bolen died at the age of 71 on Friday.
Fred Lynch
Order this photo

Jason Chavez is a coach for the Tribe, an under-9 baseball team in Jackson. He also played for 11 years for the Capahas, from 2002-13, during which he, like many who dealt with Mary, developed a close relationship with her.

"She was basically like my mom," Chavez said. "It was that kind of relationship. She was always greeting me with a hug, a smile. Always said I love you, like any mom would."

A quick glance at Bolen's Facebook page makes it clear that Chavez is not alone, with a timeline filled with posthumous posts referring to her as a second mom. When the grieving refer to the Capahas, it is as a family rather than a team, and there's little doubt whose warm smile was welcoming them home.

Mary was part and parcel of Capahas baseball, as she married Jess on Nov. 19, 1966, just months after he completed his first season helming the team.

While Jess was responsible for the on-field stuff -- a duty he ceded to son Tom after passing the managerial torch prior to the summer of 2016 -- Mary was the one acting as the general manager, doing the less glamorous day-to-day tasks like dealing with team travel or organizing fundraisers that made sure the team remained in a position to play games every summer and that those games went as smoothly as possible.

Two years ago it looked like the team might be financially unable to continue, but her efforts helped make sure the team remained in operation.

"I referred to her as the glue that kept everything together," Chavez said. "She was always making sure everybody was taken care of, whether it was umpires, other teams, our guys. We had a doubleheader, she made sure everyone had lunch. She did it all."

For her undying commitment to Capahas baseball, Bolen became the first woman inducted into the Semi-Pro Baseball Hall of Fame in Evansville, Indiana.

In a March 15, 2016, Southeast Missourian story announcing that Jess was entering his final season as manager, Mary said, "The whole story has been the kids. I don't care if they're 60, they're a kid to us still. I mean, they played for us."

It's unclear if Bolen's passing will have an effect on the future of Capahas baseball, but in the 24 hours following her death it has become clear that many who crossed paths with Mary over the years feel similar -- no matter age or time passed, she was like family.

"She was just one of a kind. Heart of gold," Chavez said. "She was probably the most caring, loving person I've met. Never saw her without a smile on her face, even through her bouts with cancer. She was still in high spirits. I don't know, not having that face at the field going forward is going to be weird. She's just a constant there."

Visitation will be held from 4 to 8 p.m. Monday at Ford and Sons Mount Auburn Funeral Home in Cape Girardeau. A funeral service will be held at 10 a.m. Tuesday at the funeral home.