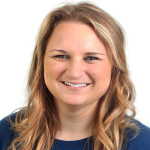 Tom Matukewicz used to stand in front of the mirror when he was a kid and imagine what his football future would be like.

"First of all, everybody thought I was weird because I would be in front of a mirror practicing a speech to my team at halftime," Matukewicz said Wednesday after a press conference during which he was introduced as Southeast Missouri State's new football coach. "Most 12 year olds are talking about scoring and things like that, and here I am at 12 years old talking about leading a football team."

Matukewicz described his first head coaching job as a dream come true after he was introduced by athletic director Mark Alnutt in front of a crowd of Southeast dignitaries, including coaches, employees, Board of Regents members and some alumni that spilled out into the Academic Hall foyer.

"Some of you guys in the back, you may want to grab a seat, because I'm going to enjoy this process," Matukewicz said.

Matukewicz commanded the room from behind the podium and at one point made the bold move to step away from it to address the crowd. He was funny at times -- at one point he said his 6-year-old daughter, Georgia, goes by the street name 'G-Money' -- and always candid.

"Now's the time," he said at the end of his prepared remarks, which never felt rehearsed. "We've underachieved for 10 years, and we're going to move forward, and we're going to get it on. I'm very thankful and proud to be your head football coach, and I can't wait to get started."

Do I know if he'll be able to win at Southeast? No. It's a challenge no coach has been up to in decades. His resume is interesting if occasionally uneven. His greatest assests are that he's helped turn losing programs into winning ones and that athletes have loved playing for him.

Did I believe that he believed what he was saying? Yes, I did. I really, really did. And that happens more rarely than you'd probably guess in my line of work.

That won't help Matukewicz win any games, but college football coaches don't get very far without being able to sell their program. Matukewicz led with a hard sell on Wednesday, and I think most people in the room were buying, which is exactly the kind of person Alnutt wanted to hire.

"We always talk about that front porch," said Alnutt, who believes athletics serve as the front porch for the university. "He's going to be that guy on the rocking chair kind of inviting you in. Not that guy that looks crazy at you and you don't want to go through the house."

Alnutt made it a point to thank Southeast President Dr. Kenneth W. Dobbins for allowing him to conduct the search mostly on his own, without the help of a search committee or outside firm.

"It's very special," Alnutt said later, acknowledging that not all athletic directors are given the same opportunity. "And then for me, being relatively young in this profession, that's something that is going to really judge my career moving forward. Twenty years down the road you're always going to be that AD, 'OK, who was his first major hire.' For me, it was very important."

Alnutt said he wasn't particularly stressed by the process, no matter its long-term importance to his reputation, but he was relieved that it was over.

"To be honest, I'm probably most thankful [to him] for hiring Mark Alnutt," said Matukewicz while thanking Dobbins. "When the job opened, I got online and took a look and then started reading about Mark Alnutt and some of the momentum and what's going on in the athletic department, and it was really exciting. A day later, my phone rings. It's Mark Alnutt and he said, 'Hey, I'm headed to Mexico, but I wanted to know if you would be interested in the job, and like we said the rest is history."

Alnutt, who was leaving for a trip with the men's basketball team when he called, has said that the program needs a coach willing to be the face of the program and to represent Southeast in the community.

I have no doubt he's found that in Matukewicz, and while both men talked about the importance of academic success and community involvement for players, I think both understand that the hire will eventually be judged by what Matukewicz's teams do on the field.

"If you're into the student-athlete experience and they're not winning, they're having a bad time because it crushes them, it kills them," Matukewicz said. "This is how God's created them -- they need to win and be successful. To be honest with you, all I dream about is putting a smile on their face and have that team hold a trophy because I've been there, done that, and I've seen and felt what that feels like, and we're going to do it."

Matukewicz's eyes filled with tears at one point as he thanked some people who had helped him along the way, including his wife, Lenna, whom he said turned down his initial marriage proposal.

"Fifteen years ago I asked her to marry me, and she said 'no,'" Matukewicz said. "So I had to do what all good recruiters do, and I got the mom to say 'yes.'"

He also thanked his high school coach and later told a story about a conversaton they had while he was a senior.

"I called him and I said, 'Our first opponent's got a soap scrimmage, it's about two hours up north. Are you going?'

His coach replied that he wasn't going to make the trip.

"You should go and I want to go with you," Matukewicz replied.

"So here I am a senior in high school and I talked my coach into driving up to go scout this high school team, our first opponent," he said. "So I realize that that's obviously really weird, but for whatever reason I found my passion and found what it is I want to do early in life and I'm thankful for that."

Comments
View 3 comments
Note: The nature of the Internet makes it impractical for our staff to review every comment. Please note that those who post comments on this website may do so using a screen name, which may or may not reflect a website user's actual name. Readers should be careful not to assign comments to real people who may have names similar to screen names. Refrain from obscenity in your comments, and to keep discussions civil, don't say anything in a way your grandmother would be ashamed to read.
Respond to this blog